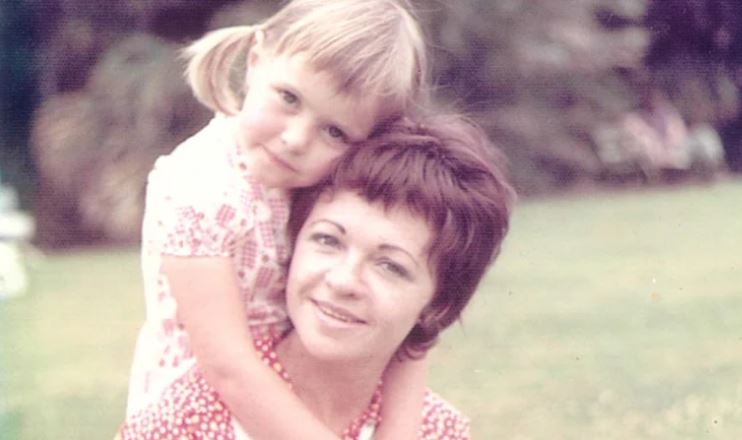 The scent of my mother keeps her close, even 20 years after her death |SMH

It was the bottle I hoped would last forever, with its pink label and golden contents.

When my mother, Chantal, died 20 years ago, aged just 54, some of her belongings twisted my heart more than others. There were the big and bold gold rings that often covered her hands, designed by a flamboyant jeweller in the 1970s. The scarves that she wore in winter, tied jauntily around her neck. The stockings and high heels she wore every weekday, a chic combination with her scientist’s white uniform that only a French woman like her could pull off.

But the keepsake more meaningful than all others, the one that brought me to tears in those early days of grief and can still do so now, was a 100ml bottle of Miss Balmain eau de toilette. It was a new bottle of the French perfume that was her signature scent, a favourite she shared with her sister-in-law (my aunt and godmother).

When I was a child, every hug from these two women rubbed some of the heady, rich smell onto me. When my mother dressed up for a night out with my father, between the perfume and the jewellery she seemed to have a golden glow.

To keep my mother close after she died, I wore her rings and liberally sprayed myself with Miss Balmain ahead of a special occasion. For many years, despite regular use, the perfume level didn’t even seem to drop, and I was convinced the bottle was some magical gift from beyond the grave.

Now, almost exactly two decades since she died, the bottle is nearly empty, the memories have faded, the pain of grief nearly non-existent.

My mother missed out on so much in the decades we have lived without her: my wedding, children for me and my brother, our blooming careers, new houses and lots of travel adventures.

There have been many things I’m glad she’s missed, like the death of her own mother, her aunt, her husband, me taking three of her grandchildren overseas for four years. I’m quite glad she missed my divorce, too – that wouldn’t have been pretty for my ex-husband.

There were times after she died when she felt very close, and never more so than the day her first grandchildren were born.

In the same hospital where she received cancer treatment, I was placed in a two-bed room as I waited for a caesarean section for my twin girls.

On the other side of a curtain was a woman who had just given birth, murmuring with her mother in excited, awed tones. As I tuned into the conversation, I realised the grandmother was speaking French, saying all the loving things I longed for my mother to be there to say to me on such a momentous day.

It was both beautiful and agonising, and I had to flee the room as fast as my swollen feet would carry me.

It’s impossible not to sentimentalise a parent after they’re gone, especially when they die young. In reality, I know my mother would have had an opinion on everything I did, good or bad. She would have been so present for my children, as her mother was with me and my brother, but would also have driven me crazy with unwanted advice.

Instead, I choose to remember all the good, and so many of my memories are triggered by smell. The rich sweetness of the family chocolate cake that I have now taught my children to bake reminds me of what a great cook my mother was, as does the garlic on my fingers when I’m making a gratin dauphinois.

A whiff of jonquils or freesias reminds me of my mother’s love for gardening and the spring posies she’d place all over the house. Disinfectant makes me think of the distinctive scent she’d bring home from the hospital where she worked as a haematologist, which no amount of perfume could mask.

She made and kept friends as easily as the rest of us breathe. She was always making cakes for workmates, always caring, always laughing. At her funeral, we said that the words “joie de vivre” could have been written for her.

She taught her children well: to love family fiercely; to find a career you enjoy every day; to see the wonder in every moment … and that there’s no such thing as over-catering when you entertain at home.

One final spritz and the Miss Balmain will finally run out. If love could be bottled, I know how it would smell.

Source: The scent of my mother keeps her close, even 20 years after her death