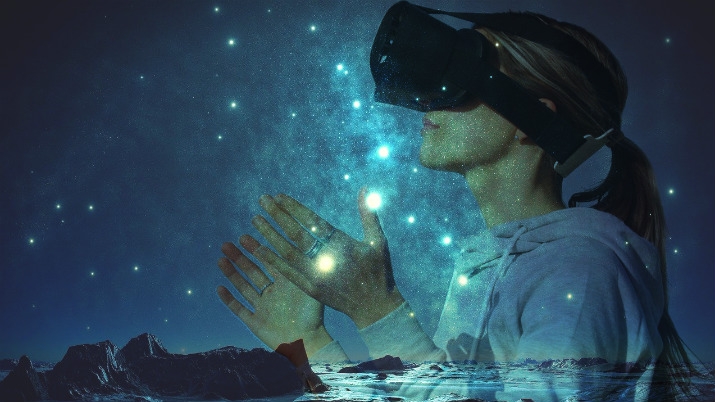 When NASA astronaut Ron Garan attached himself to a robotic arm that swept him in an arc over the International Space Station, giving him a view of the Earth suspended in the fathomless darkness of space, he experienced the “Overview Effect:” the epiphany – the sudden and permanent shift in perspective and thinking – that other astronauts have described.

He later articulated the experience in his book The Orbital Perspective, writing,

“As I approached the top of this arc, it was as if time stood still, and I was flooded with both emotion and awareness. But as I looked down at the Earth – this stunning, fragile oasis, this island that has been given to us, and that has protected all life from the harshness of space – a sadness came over me, and I was hit in the gut with an undeniable, sobering contradiction.

In spite of the overwhelming beauty of this scene, serious inequity exists on the apparent paradise we have been given. I couldn’t help thinking of the nearly one billion people who don’t have clean water to drink, the countless number who go to bed hungry every night, the social injustice, conflicts, and poverty that remain pervasive across the planet.”

Seeing Earth from this vantage point gave me a unique perspective – something I’ve come to call the orbital perspective. Part of this is the realization that we are all traveling together on the planet and that if we all looked at the world from that perspective we would see that nothing is impossible.

A taste of that perspective for those of us tethered to the Earth might soon be closer than you think. According to The Guardian, researchers from the University of Missouri and teaming up with SpaceVR, a virtual reality startup to see if the Overview Effect might be replicated here on Earth. SpaceVR’s approach to virtual reality takes the technology beyond goggles: the company has partnered with sensory deprivation/floatation spas, where people pay to spend an hour experiencing weightlessness by floating in large pods filled with warm water and epsom salts. SpaceVR adds a high-definition orbital experience, placing the floater in space, presumably viewing the Earth. The researchers want to find out if the experiences have the potential to change people to the same degree as the astronauts.

Steven Pratscher, a psychologist and the trial’s principal investigator, sees some potential in the terrestrial technology. “It may be able to elicit, to some degree, these mystical experiences,” he told The Guardian, “and I’m curious to see if they have persisting effects, for example on people’s values and behaviours, especially with respect to how people view the Earth and the environment, and the things they do that may impact the environment.”

The volunteers will be randomly assigned to one of three groups: the full floatation experience with VR, VR on a bed, or floatation with no VR. They will complete questionnaires regarding their feelings after the event, with follow-ups taking a place a week and a month afterwards.

While we are cautiously optimistic, we’re also aware of the problems with this particular methodology, particularly as it pertains to the recruitment of volunteer samples. Until we can launch everyone into space, however, it could, at the very least, represent an inexpensive way to raise human self-awareness. Any efforts towards that goal are laudable.