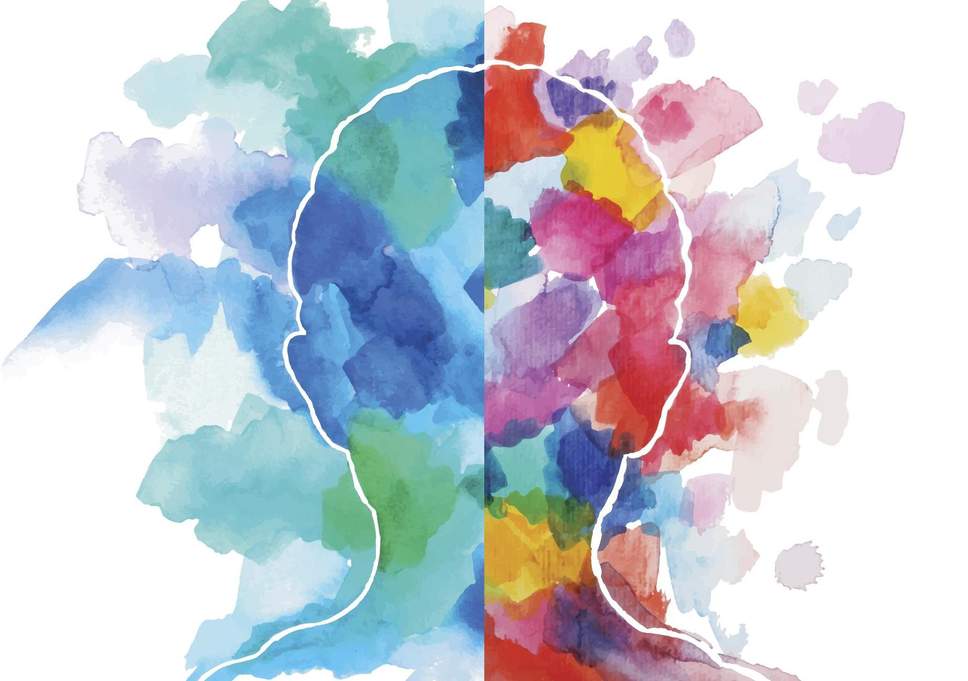 Synaesthesia: The condition which means you can ‘taste’ sounds and ‘hear’ colours | The Independent

Ever wondered what Wednesday looks like? How it tastes? Which colour it is?

If the answer to any of these questions is yes, you might be one of the few people with synaesthesia: a neurological condition that causes the brain to combine senses that wouldn’t otherwise be linked.

While a regular person listens to music and hears a song, a synaesthete may listen to music and see a colour, or eat a steak and hear a sound.

One per cent of people have synaesthesia, according to Harvard Medical School, with notable synaesthetes including Vladimir Nabokov, Pharrell Williams and Marilyn Monroe.

Synaesthesia is an automatic and involuntary union of the senses.

One of the most common ways this manifests is by people linking commonplace things, such as numbers, months and days of the week, with colours e.g. July is dark blue and three is yellow.

Each synaesthete will have different perceptions – there are roughly 60 varieties of the condition – so one person may see Tuesday as red while another thinks of it as white.

It can prompt all sorts of unusual sensory links e.g. tasting sounds, hearing colours, attributing personalities to numbers and, in some cases, feeling the physical pain of another person.

Many people with synaesthesia may not realise they have it, thinking their perceptions are normal e.g. “surely everyone knows the March tastes like custard”.

The exact cause of synaesthesia is unknown, but research claims it occurs when brain regions which are next to one another have become intertwined.

The most common form of synaesthesia is grapheme-colour ie when people link words to colours.

In these instances, it might be that the areas of the brain responsible for processing language and colour, which are next to each other, have merged slightly.

More recently, studies have linked the condition to certain genes, leading scientists to believe that that synaesthesia may be heritable.

It’s thought to develop in childhood.

How does it affect someone’s life?

Many synaesthetes consider their condition to be a gift because it enables them to see the world in unusual ways that can bolster creativity and intellectual faculties.

This can enable synaesthetes to have more enriched experiences than most people.

Pharrell Williams, for example, has credited his success in music to synaesthesia, telling Psychology Today: “For every colour, there is a sound, a vibration, a part of the human body, a number, a musical note”.

Lorde has also hailed the benefits of synaesthesia in her career, explaining how it inspired her latest album: “A song about partying would get a certain colour,” the Grammy award-winner told The New York Times, “but it might be a sad song, and that got its own colour, too”.

Can it be ‘switched off’?

Synaesthesia is an automatic neurological condition and cannot be “switched off”, so to speak.

“If you ask synaesthetes if they’d wish to be rid of it, they almost always say no,” says Simon Baron-Cohen, who studies synaesthesia at the University of Cambridge.

“To have that taken away would make them feel like they were being deprived of one sense.”

Source: Synaesthesia: The condition which means you can ‘taste’ sounds and ‘hear’ colours | The Independent

“The key to any good relationship, on-screen and off, is communication, respect, and I guess you have to like the way the other person smells — and he smelled real nice.”