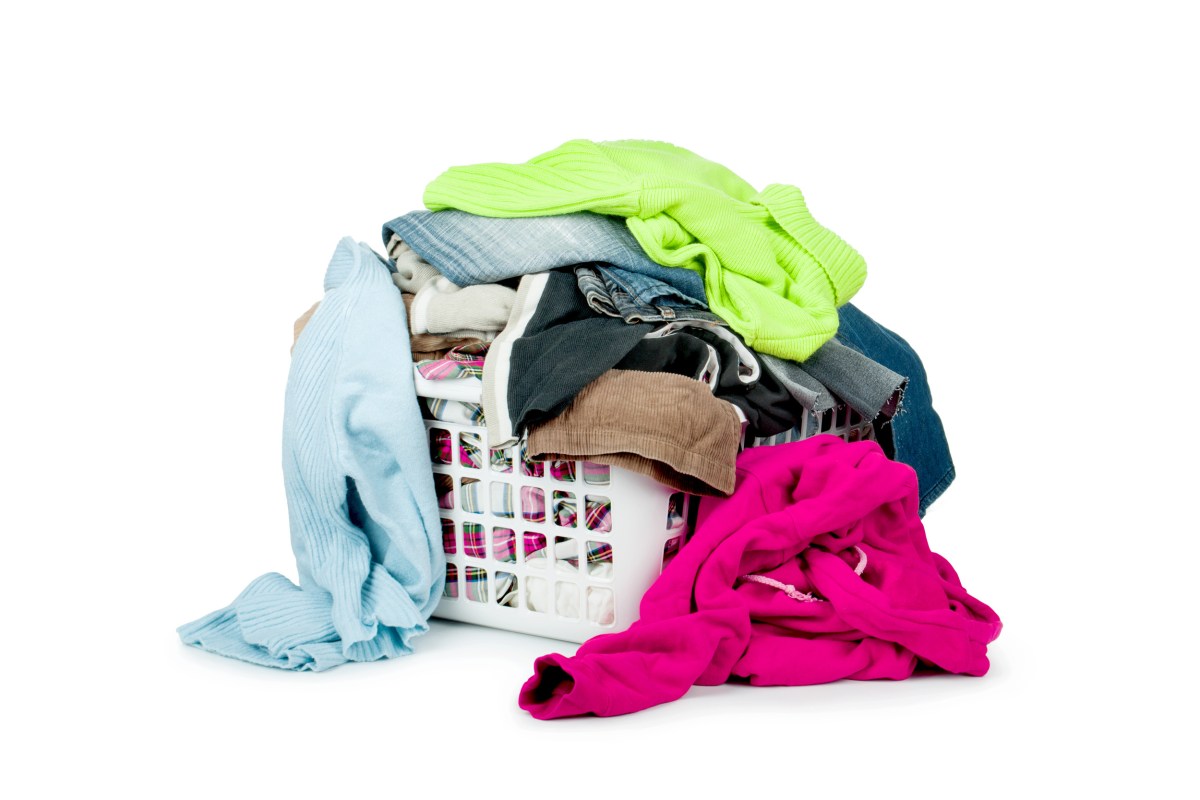 Are you anxious about an upcoming job interview, public speaking engagement, or any other high-pressure workplace situation? Here’s a weird but now research-supported tip: Try taking a whiff of your sweetheart’s sweaty T-shirt.

A recent experimental study finds that the mere scent of a romantic partner can lower psychological and physiological stress levels, even when that partner isn’t physically present. Moreover, the scent of a stranger increases stress levels, according to the study, “Olfactory Cues from Romantic Partners and Strangers Influence Women’s Responses to Stress,” published in the Journal of Personality and Social Psychology.

“Many people wear their partner’s shirt, or they sleep on their partner’s side of the bed when they’re away; I was interested in whether there was any benefit to those behaviors,” said Marlise Hofer, a Ph.D. student in the Department of Psychology at the University of British Columbia. She co-authored the study with colleagues Hanne K. Collins, now a research associate at Harvard Business School (HBS); Ashley V. Whillans, now an assistant professor in the Negotiations, Organizations, and Markets Unit at HBS; and Frances S. Chen, an assistant professor at UBC.

The research team recruited 96 heterosexual couples to participate in the study. The men were instructed to wear a plain white T-shirt for 24 hours, and to refrain from using deodorant, smoking, or eating foods like garlic or onions. They returned the worn shirts to the lab within five hours of removal. The T-shirts were frozen to preserve the scent and thawed two hours before the stress test experiment began. (Pro tip: Freezing an item of clothing will preserve the wearer’s scent for up to two years, according to the researchers.)

“The smell plus the recognition that it is your partner’s smell seems to reduce the physiological stress response.”
— Ashley V. Whillans

It was Collins’ job to turn the T-shirts inside out, fold them, and place them in individual freezer bags with the armpit section facing up. “In general, it’s not as gross as it seems like it would be, smelling random people’s shirts when they haven’t been wearing deodorant or anything, but there are a couple that I still remember that had a very strong scent,” she said amiably. “Like, a very strong scent.”

Men were assigned to wear the T-shirts because they tend to emit stronger scents than women, the researchers explained. Meanwhile, women tend to have a keener sense of smell than men, which is why women were assigned to be the smellers.

The female participants were randomly assigned to smell one of three shirts — their partner’s, a stranger’s, or a clean, unworn shirt. Smellers were not told whose shirt they were smelling, but were asked whether they believed the shirt had been worn by their partner.

Per instruction, the women repeatedly took one-minute whiffs of the sweaty clothing before, during, and after undergoing a psychological test meant to induce stress: a mock job interview and a mental challenge of counting backward from 2027 by 17s. The test was conducted in front of a panel of judges, who were instructed not to smile.

The researchers collected saliva samples from the women seven times throughout the experiment in order to measure levels of the steroid hormone cortisol, which is associated with stress. To control for differences in cortisol production, all the women participated in the stress test during the luteal phase of their menstrual cycles, which is the phase when cortisol stress response is strongest.

The women also responded to the same questionnaire five times, indicating how anxious, tense, eager to flee, or uncomfortable they felt on a scale of zero (not at all) to 100 (very).

“The smell plus the recognition that it is your partner’s smell seems to reduce the physiological stress response,” Whillans explained.

Meanwhile, cortisol levels were significantly higher among women who had smelled a stranger’s armpit scent. However, those women did not report feeling more stressed than any of the other women in the study. “This suggests that cortisol reactions may represent energy mobilization within the metabolic system in preparation for a potential threat (the ‘fight or flight’ response), and that this cortisol reaction may not be accessible to the subjective experience of stress,” the researchers write in their paper.

From an occupational perspective, the findings may prove valuable to business travelers — more than a third of whom believe work-related trips make them feel more stressed than usual, according to the travel risk management firm On Call International. Reducing travel stress might be as simple as tucking a loved one’s T-shirt into your suitcase.

The study provides scientific validation for anyone who has taken comfort in a partner’s clothing. Case in point: Whillans, a native of Canada who is currently in a long-distance relationship with her Canadian husband.

“My intuition is to wear his shirt and sleep on his side of the bed,” she said. “It may seem silly to do that, but this research suggests that it might be a positive adaptation.”

While the initial findings apply specifically to heterosexual women in monogamous relationships, it’s likely that future studies will look at whether a partner’s scent soothes other classes of people, too.

“The decision to use women as smellers was not based on predicted sex difference, but rather on logistical considerations (e.g., prior research showing that women have a more sensitive sense of smell),” the researchers wrote in their paper. “Thus, future research will be necessary to determine whether these effects generalize to women in different menstrual phases, to men, and to different social relationships.”