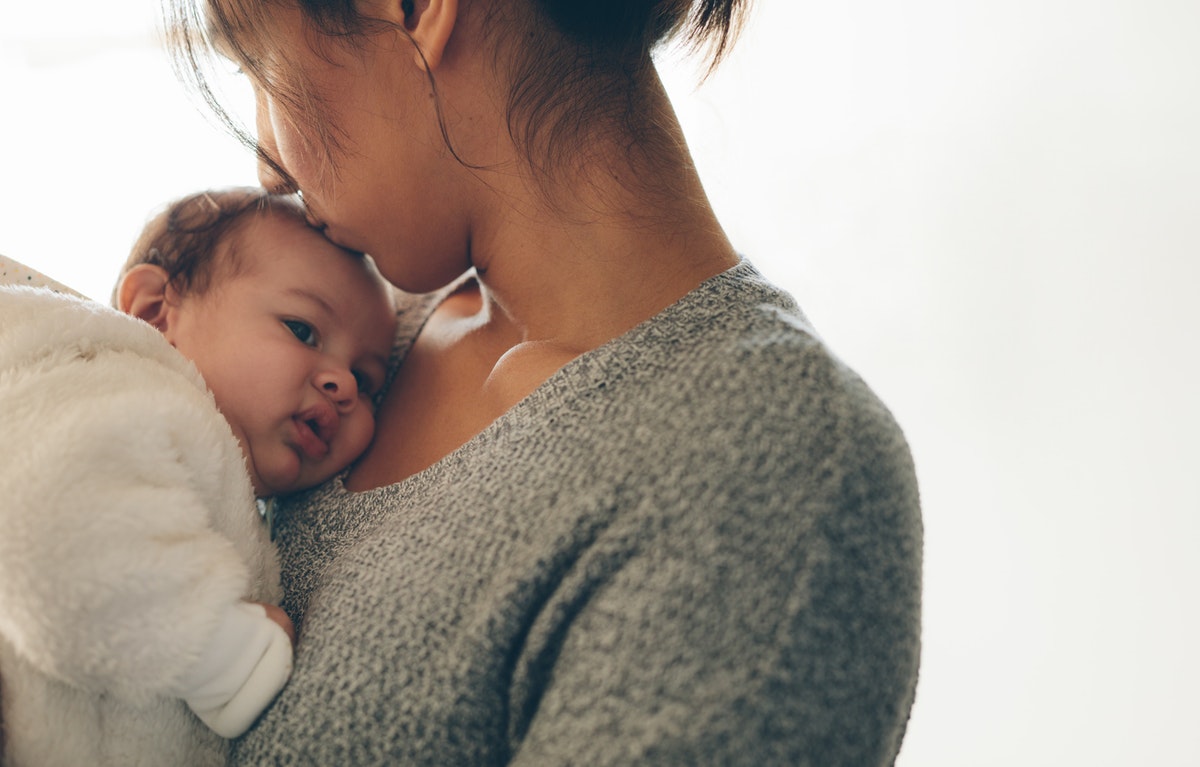 Here’s Why Everyone Is Obsessed With The Way A Newborn Smells, According To Science

Baby heads are magical wonderlands of the world’s most perfect aroma. You could go to a Parisian perfumer and spend thousands of dollars on a custom blend and it wouldn’t smell as good. It’s absolutely intoxicating. The first thing I do when I pick up a freshly out-of-the-womb baby is take a huge whiff of the top of their head. It’s perfect. But why do babies’ heads smell so good? And how is it that pretty much everyone seems to agree?

According to researchers at the University of Montreal, the scent of a newborn appears to light up the same part of the brain that is triggered when one is rewarded with food. “The smell of a newborn baby triggers a surge of dopamine for new moms similar to the reward response that comes with satisfying a craving for food,” reported Life Science. And here’s the thing, a separate study actually found that it’s not only mothers who are triggered by the fragrance, reported Frontiers in Psychology: The brain is receptive to the scent of an infant’s head regardless of whether or not it’s coming from their own child. They found that the “data suggests that body odors from 2 day-old newborns elicit activation in reward-related cerebral areas in women, regardless of their maternal status.”

The jury is still out on what it does to dad’s brains, because the study was limited to women. To be fair, other than one New York Times columnist, I’ve not heard men say “ohhhemmgeee, baby heads smell so good. Give me that baby,” whereas, this is a commonly repeated sentiment amongst my girlfriends. You’re familiar with it: A woman picks up a newborn baby, and immediately buries her nose into the downy fluff atop it’s head. And it’s not a casual sniff like one would do to check a diaper, either. (Don’t pretend you’ve never lifted a baby butt to your nose. It’s a thing we all do.) It’s a full on, deep, thoughtful inhale. In fact, if I could meditate with baby-head-scented candles, I definitely would.

As to what causes the scent, webseries SciShow host Michael Aranda suggested that the “newborn smell” may have something to do with amniotic fluid or the vernix caseosa — that cottage cheese looking substance smeared all over your baby at birth, according to A Plus This could also be why there is such a finite period of time in which the smell lingers on the baby, generally about six weeks as per the research.

It turns out, the obsession with scent between a mother and newborn isn’t a one-way street. According to research in ACTA Paedeatrica, babies also learn and love their mother’s scent. We often assume that the bond between mother and child primarily lies on the mother’s side (probably because she can articulate her feelings), but babies are also immediately attached to their mother as soon as they exit the womb. Newborns begin smelling their mother even before they are born, and in the first moments after birth, when the baby is placed on the mother’s chest, the bonding begins. It’s yet another reason why skin-to-skin contact is so important to kickstart the bond between a baby and mom.

“If a baby is put skin-to-skin on mom’s chest right after birth, as soon as possible, then mom and baby are both going to have an oxytocin response,” explained lactation consultant Elizabeth Smith on University of Utah’s health radio program, The Scope. “And so that oxytocin is going to help mom to calm and it’s going to help baby to calm, which helps the transition for baby to being from inside the womb to breathing air.”

So not only is your baby’s head smell more than just a yummy byproduct of birth, it also hits the right trigger points in a mother’s brain.

So yea, there definitely is something magical about it all.

Source: Here’s Why Everyone Is Obsessed With The Way A Newborn Smells, According To Science