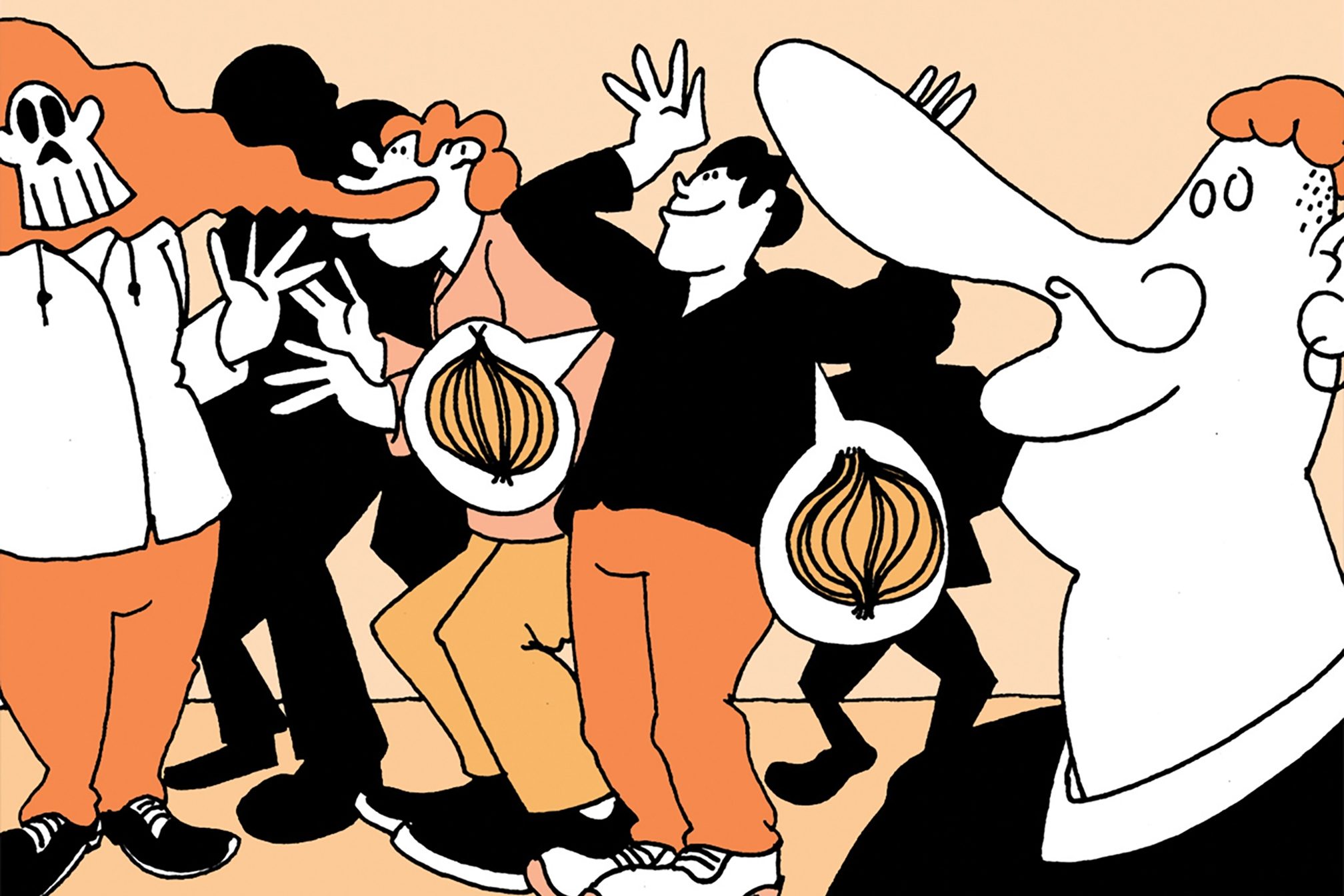 Smells like scene spirit: Why smells should be used to document club culture | Mixmag

When it’s raining outside, as it usually is (I live in Manchester), I sometimes scroll through my phone and watch videos I took on trips to sunnier climes. My favourite is a beach party at the Ghanaian Asa Baako festival. To a soundtrack of hard house, two local dancers are doing unbelievable tricks with a football, sweat glistening on their bodies as a sea breeze fails to provide respite from a never-wavering 30 degrees. What the breeze did do was carry the smell of frying yam to me, sold on a nearby road-side and served with a fragrant hot pepper sauce called shito. My mouth waters every time I replay that clip.

Much more sophisticated than my phone library of music memories is the Lapsed Clubber Audio Map. Conceived by Manchester Metropolitan University’s Dr Beate Peter, it has logged hundreds of memories from Manchester’s club scene between 1985 and ’95, with vivid descriptions of nights such as Flesh at The Haçienda that you can access by exploring a map of the city.

Being a club culture junkie, I’m first in line to pore over the beaten-up trainers, faded membership cards and dog-eared flyers that make up the memorabilia from these long-closed nightclubs. But what these interactive retrospectives are missing is what my memories most evoke for me: the scene-setting smells. What’s lacking from club culture’s archives is the ‘olfactory element’ (also a great name for a techno collective).

In the UK, clubs smell bad. The 2007 smoking ban unleashed all the unpleasant odours that were masked before: spilled beer, BO and flatulence. But when retrospectives do focus on smells, such as perfumes and deodorants – as mentioned in a few memories on the Lapsed Clubber map – they add a layer to the history of club culture fashion. An olfactory analysis of contemporary clubs would also be a way of finding out what’s in vogue right now: “Clubs are cool when it comes to analysing the latest perfume trends,” says Moscow-based perfumer and DJ, Masha Skye. “Right now, you can encounter anything from the musky sillage of Narciso Rodriguez to the sweet powdery veil of Le Labo Patchouli 24.”

Smells can also reveal more ominous trends. “During 2019 in Moscow I started noticing a very ‘sticky’ and prominent scent that was both vanillic, sour and somewhat herbal,” says Masha. “It was exactly the same in every toilet. I later realised it was the smell of mephedrone – the most popular party drug in Russia right now.”

“Although often underrated in importance, the human sense of smell has both evolutionary and contemporary significance: our ability to perceive odours provides information that allows us to evaluate and guide our responses to our environments,” writes cognitive psychologist Pamela Dalton in 2012 book Olfactory Cognition. And scent is used as a marketing tool across a host of businesses, from cafes to shops and hotels – to create a particular atmosphere, or encourage spending. This was the starting point for researchers who conducted a 2011 study into the effect of ambient smell on the nightlife experience. They found that the addition of ambient scents deemed either energising, such as peppermint, or relaxing, like orange, could “enhance dancing activity and improve the evaluation of the evening, the evaluation of the music, and the mood of the visitors, over no added scent.”

“I think that inattention to the olfactory side of reality is a global problem that affects all areas of human life, not just club culture,” says Masha. “The dominance of visual stimuli in general has pushed the sense of smell to second, if not third place, even though our brains constantly record olfactory impressions without us even realising.”

A greater appreciation for smell within club culture does seem to be on the horizon. In 2019, Masha was part of HOLYNOSE, a research team who tried to reconstruct the scent of the first Tresor venue via the personal memories of Tresor founder Dimitri Hegemann and passages from Der Klang der Familie, a book that described the Tresor smell as a unique scent that stayed with clubbers for several days. As Masha explains, “A scent was created to enhance the reader’s experience.” Meanwhile, so-called ‘aroma jockeys’ such as Austrian artist Erich ‘Odo7’ Berghammer, who performs at events for the deaf, demonstrate that smell could become an increasingly pervasive feature as clubbing becomes more inclusive.

But Masha warns smell aficionados not to get over-excited. “Smells can be violent,” she says, “and they are almost impossible to ignore, unlike pictures and sounds – and remember that a nightclub is a public space. A narrow selection and a low level of expertise among scent marketers can also result in a bad fit with the atmosphere of a nightclub.” On the other hand, clubs without any scent can be rather unpleasant too: “The smell of nothing on the dancefloor at Tokyo’s VENT was so sterile I couldn’t believe it,” Masha says.

As for me, I’ll take a strong-smelling club over a dance without any accompanying aroma; it helps me remember it better. But perhaps promoters should think twice about the location of their stages when food is involved. At Asa Baako, I missed half the set by following the irresistible smell of fried yam to its source.

Source: Smells like scene spirit: Why smells should be used to document club culture