Vladimir Putin has been implicated in so many geopolitical events around the world. He has been “the world’s most powerful person for four years running“, according to Forbes & many news organizations.

As the United States is focused on internally destroying itself, Chief Putin is adding gasoline to the fire. The name of the project is a play on the new world order that is shifting as well as on poutine. 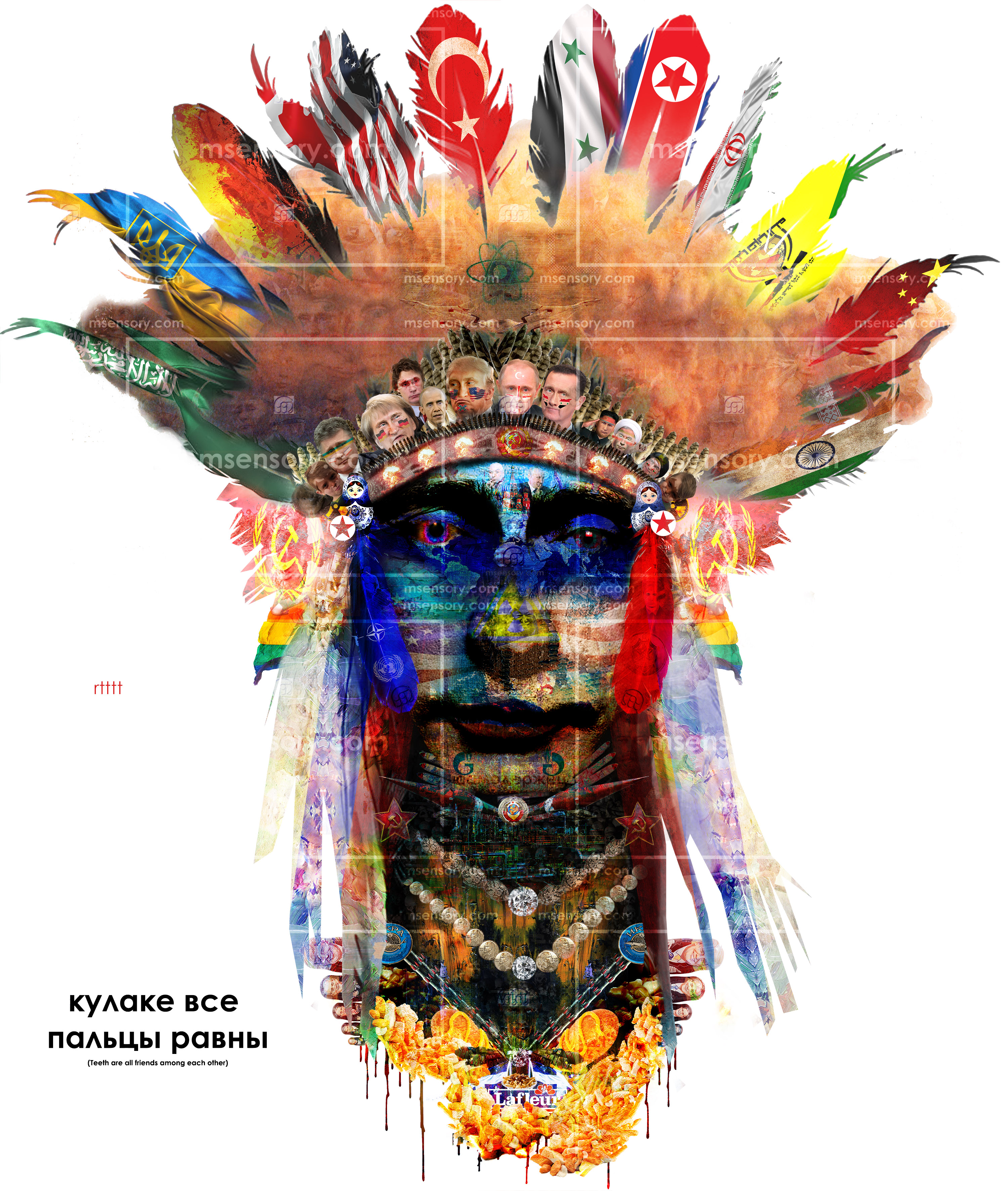 The taste portion of this project is a Putin-inspired Poutine. There was not much information regarding Putin’s favourite foods. However, I did stumble upon a general daily telegraph article describing the eating habits of world leaders:

The Russian prime minister has stayed pretty quiet about his culinary dishes of choice, but reportedly loves pistachio ice-cream, despite Russia’s freezing temperatures. Anya von Bremzen, a Food and Wine contributor, has said: “People of that Soviet generation love ice cream. We all ate it in winter, even though our parents forbade it because of the cold.” Putin reportedly has all his dishes tested for poison.

While it was tempting to possibly make an original ice cream creation, I decided to make a Putin Poutine, highlighted with grilled pistachios cabbage & onions. 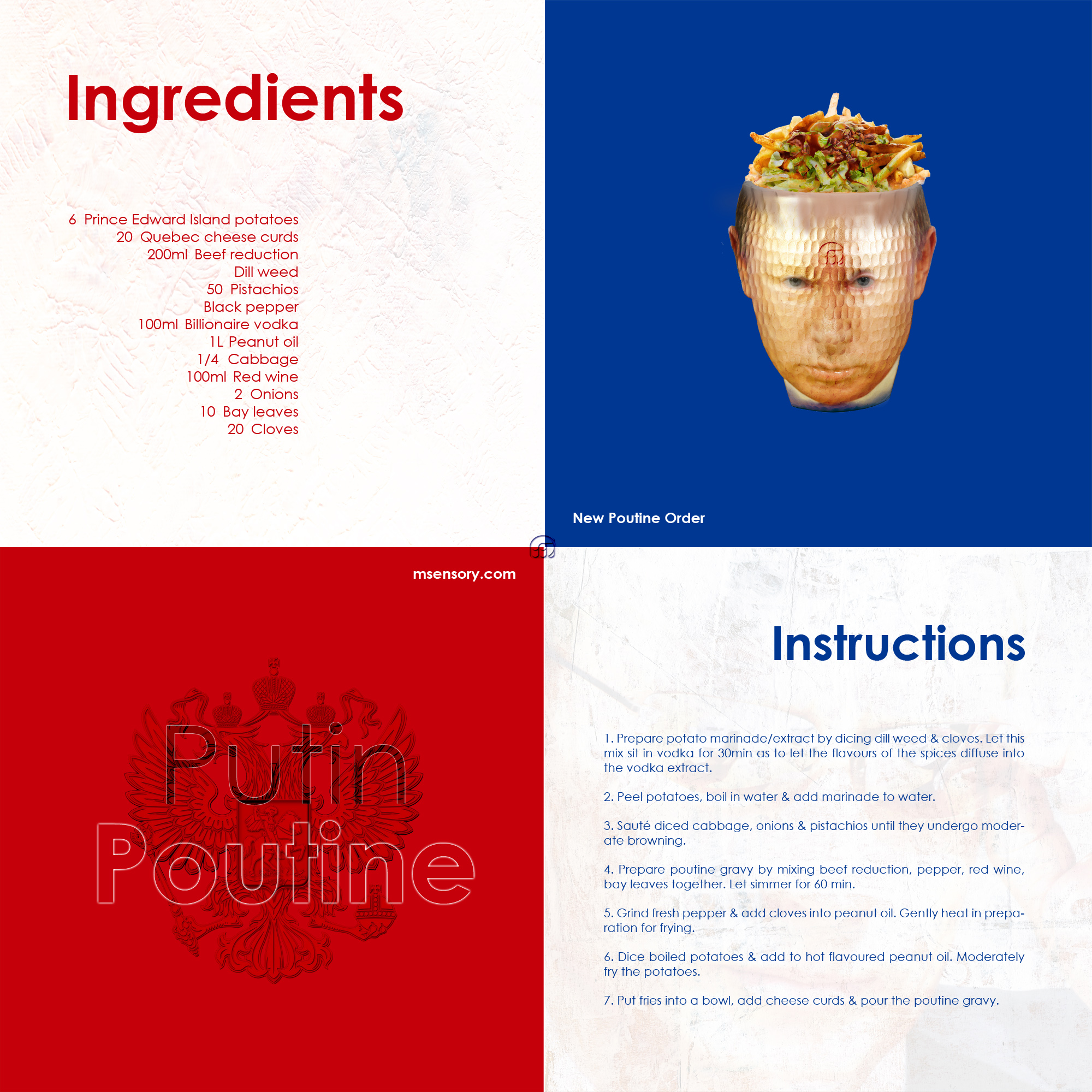