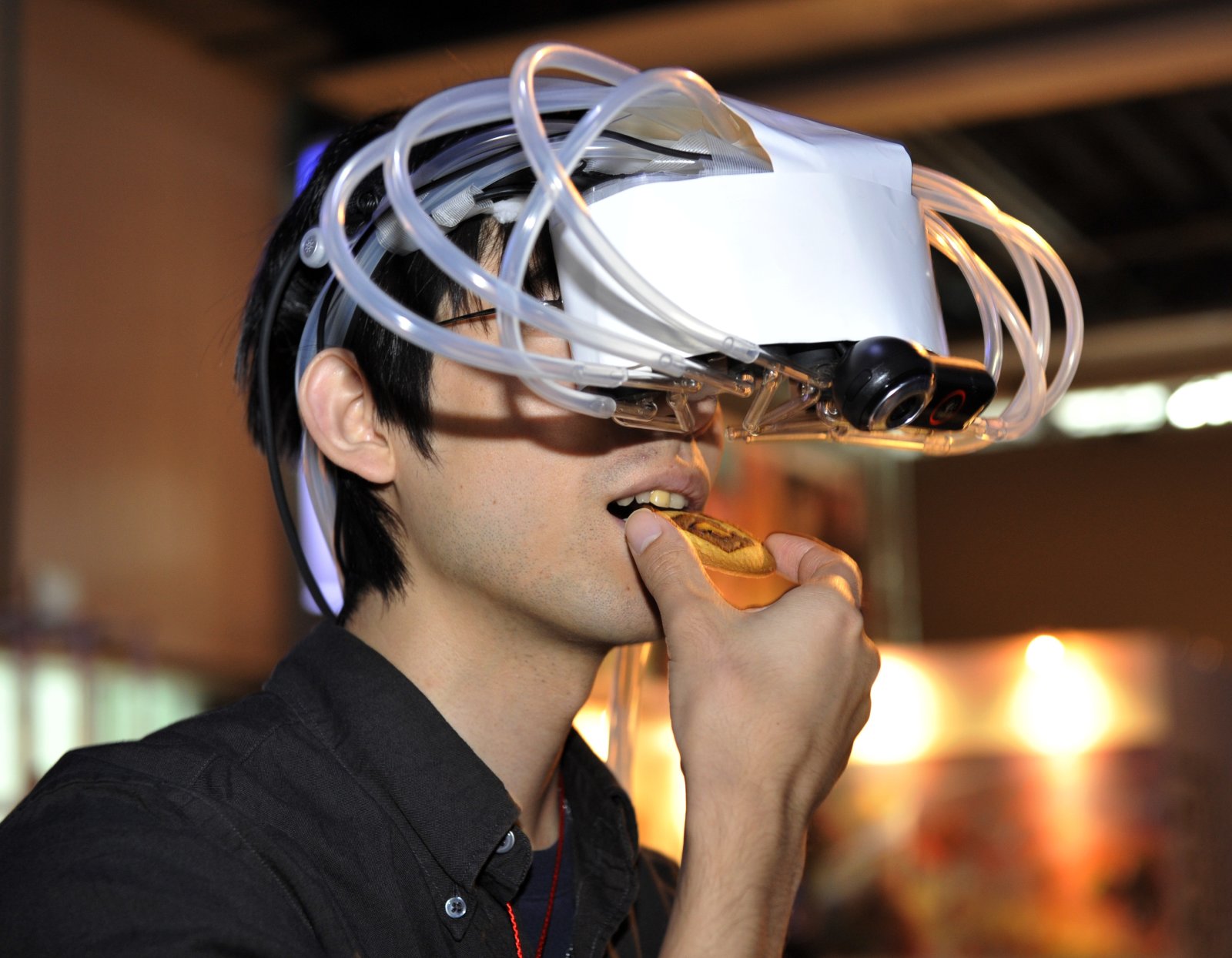 Smellable VR is coming whether you want it or not

By msensory team15/11/2017June 11th, 2018No Comments
A student of Tokyo University eats a cookie with special head mounted display (HMD) for the demonstration of a virtual reality tasting machine “MetaCookie+” during the annual Digital Contents Expo in Tokyo on October 13, 2010. The HMD, developed by professor Michitaka Hirose, shows a different color and the smell of the cookie, such as brown and chocolate, allowing the user to experience the food virtually. AFP PHOTO / Yoshikazu TSUNO (Photo credit should read YOSHIKAZU TSUNO/AFP/Getty Images)

Modern virtual reality is a treat for the senses. Well, two of them at least. “Sight and sound have been the staple of VR environments,” Benjy Li, a postdoctoral researcher with Stanford’s Virtual Human Interaction Lab, told Engadget. Haptic feedback is starting to allow for basic touch, but the next radical evolution in VR could actually come via your nose (and/or mouth).

Augmenting theatrical performances with scent is not a new gimmick, just one that has repeatedly failed to catch on. In 1959, AromaRama technology made its debut with the film The Great Wall. This system was capable of distributing scents through a theater’s air-conditioning system and change smells every 90 seconds. The New York Times was not impressed, calling it a “stunt” in its scathing review.

“The artistic benefit of it is here demonstrated to be nil,” NYT reviewer Bosley Crowther seethed. “While odors are wafted through the theatre, as the picture is going on, more or less in the nature of certain odors you might expect to accompany certain scenes, the accuracy of these odors is capricious, to say the least, and the flow of sensations from the ‘smell-track’ is highly irregular.”

Source: Smellable VR is coming whether you want it or not

“The sensual and spiritual are linked together by a mysterious bond, sensed by our emotions, though hidden from our eyes. To this double nature of the visible and invisible world / to the profound longing for the latter, coupled with the feeling of the sweet necessity for the former, we owe all sound and logical systems of philosophy, truly based on the immutable principles of our nature, just as from the same source arise the most senseless enthusiasms.”