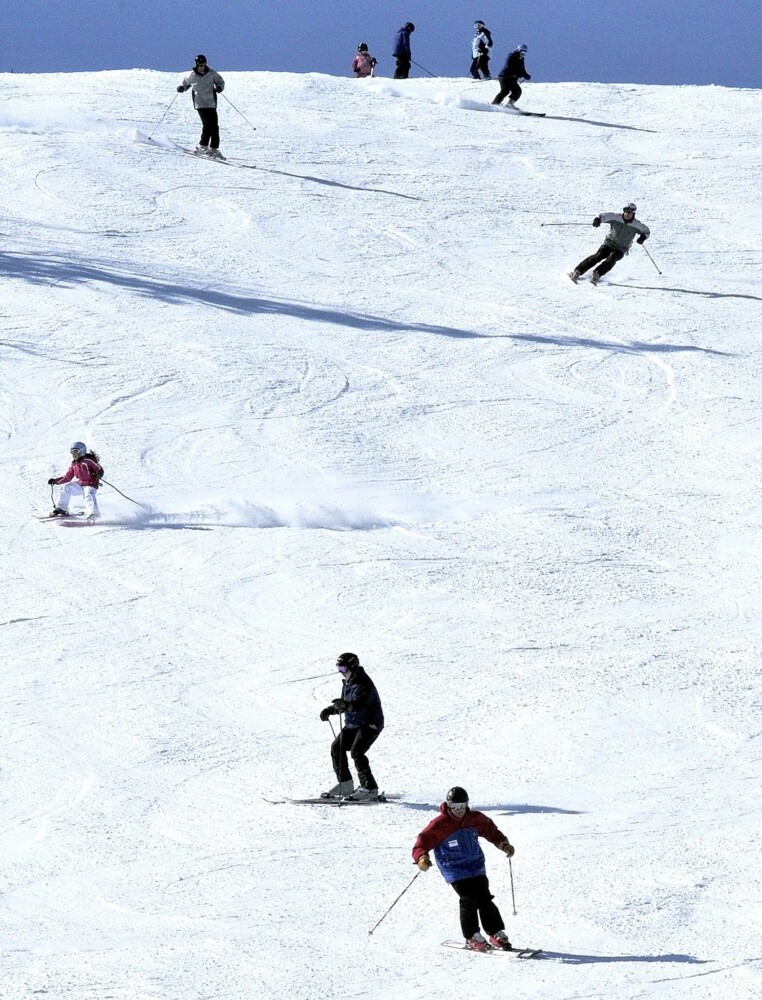 Skiing in Maine: The mere scent of a ski lodge conjures up a whole world | Portland Press Herald

By msensory team16/12/2019No Comments
Skiing and snowboarding engage all the senses, on the hill, of course, but also in the lodge or even just walking to the hill from the parking lot. david leaming/Portland Press Herald

Late this summer, I found myself bellied up to the bar in Lost Valley’s base lodge. The bar (and the area around it), which saw significant renovations last year, is just one piece of many improvements and reconfigurations at the Auburn ski area since owner Scott Shanaman took over four years ago. With blue mugs hanging overhead and a rough-hewn wooden bartop, it’s rustic but modern — a far cry from the mid-century vibe of the former bar. I had stopped in to pick up a four-pack of Otterslide, the first canned offering from Lost Valley Brewing Company (another addition under Shanaman’s tenure).

Even in the off-season, stepping through the doors into the lodge from the parking lot, I got hit with that lovely smell of a ski lodge.

If you’re a skier or a snowboarder, it’s a smell you’re familiar with, particularly at community hills. It’s not the cedarwood and sage of a “Mountain Lodge” Yankee Candle. No, it’s a mix of the people and activities and history in a shared space: mountain air mixed with fried foods, fireplace smoke mixed with gear and clothing, wet wool and hot wax and diesel and coffee. I’m not sure it’s an aroma that would make the cut for boutique candlemakers, but it’s one that’s greater than the sum of its parts. No matter the time of year, or the mountain, the smell of a ski lodge instantly recalls memories of skiing.

It has long been known that smells trigger powerful and emotional memories, perhaps more so than any other sense. The recall upon stepping into a mountain lodge started the ball rolling on other aromas I associate with skiing. There’s the rich, earthy aroma of soil and pine needles, which pulls me into late-season glades where spring is waking up the earth. There’s sunscreen and Dermatone, thick under my nose depending on the part of the winter. And, of course, there’s the near-absence of aroma in fresh, clean, high-altitude air – something you don’t realize you’re missing until you notice it.

Thinking about everything tied into this one particular sense got me thinking about how skiing and snowboarding engage all five of your senses. Winter sports media – driven by advertising, photo spreads and annual ski movies — obviously puts a big focus on visuals. And granted, some sights in skiing still take my breath away. The turn around Oh My Gosh corner, which snaps Sugarloaf’s massive visage into frame in a way that is both suspenseful and instantaneous, feels as monumental now as it did when I first experienced it. From the top of the Camden Snow Bowl, the view of the Atlantic Ocean still impresses.

But the little visuals also stick with me. Bursts of frozen breath in the lift line before the quad starts turning. Orange circles of plastic noting area boundaries and dangerous terrain. Light bouncing off rime at Saddleback’s upper reaches, or filtering through crystalized snowfall. That particular endorphin-fueled smile of riders on the hill, on the lift, or in the lodge.

Beyond the imagery, and the smells, my mind is flush with the sound and feel (and even the taste) of skiing. Even before my body registers an icy patch of snow, the sound – not quite nails on a chalkboard, but not far off sonically or viscerally – lets me know that I don’t have an edge. As someone who grew up skiing off of T-Bars, there’s both the roar of the engine and the clack-clack-clack of an empty T hitting before swinging behind you. The squeak of boots on snow on a particularly frozen day, the rustle of clothing, and even the muffled sounds of someone else’s headphones all make a soundtrack that instantly brings me back to winter.

As with my other senses, thinking about how touch and feel are engaged when skiing led me to think about the little things. There’s the slightly hitched gait of walking in ski boots – an awkward heel-toe clomp marks every step from the parking lot to the lodge, even after decades of skiing. On a cold January morning, there’s a swimmy feeling to having on three extra layers, just as there’s a feeling of weightlessness in May when you celebrate Sunday River’s last day in a T-shirt. Even that impact to the back of the knees, particularly on old chairlifts that don’t do you the favor of slowing down, is happily burned into my sense memory.

Nothing tastes better than a hot cocoa after the first few warm-up runs of the day, or a cold beer after the last chair. There’s also the grilled cheese at Jay’s Spruce Mountain, made even sweeter by its $1 price tag. There’s a bit less on-hill to engage the sense of taste than the other senses, save rations (illicit or otherwise) consumed on the chairlift to prevent any break in the action. I’ll always associate the taste of maple candy with skiing, as it was my preferred sugar-rush in the days before I discovered caffeine.

As a skier, I tend not to be terribly introspective or meditative. Maybe it’s because I typically ski solo, but I usually charge into the day, aiming for first chair and blitzing to as many runs as possible. But the unexpected flood of memories brought on by the simple scent of a lodge in the off-season was a good reminder to pay more attention to (and to appreciate) the full-body, full-spectrum experience of skiing and snowboarding.

Source: Skiing in Maine: The mere scent of a ski lodge conjures up a whole world – Portland Press Herald