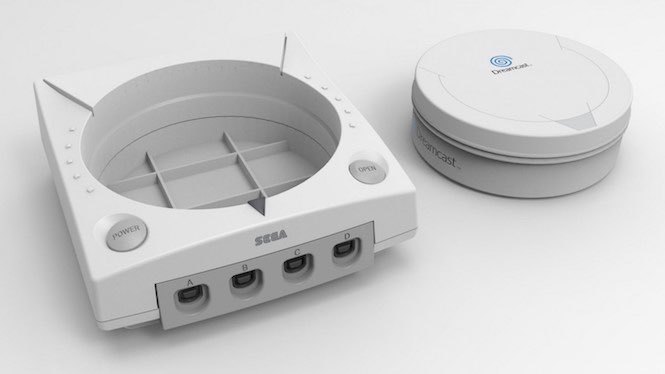 It’s not enough that you want to make your gaming room (or “man cave,” if that’s what you prefer) to look great. You want it to smell great too, right? And no, a combination of farts and Cheetos does not smell great, despite what some folks will tell you.

Fortunately, it looks like Sega is figuring out a feasible solution to this issue, as the company recently noted on Facebook that it’s working on making candles based on some of their most popular consoles.

In the post, it noted that it was looking into making candles that resembles some of its classic consoles, including the Mega Drive (the Japanese equivalent of the Sega Genesis) and the Sega Dreamcast. Apparently, you’ll be able to take these candles out of the center of the system and light them up, giving your gaming room a very pleasant aroma.

But an interesting challenge has arisen out of this, as the company is unsure of what kind of scent the candles should give. So it’s posed an interesting question on its Facebook page, answering fans what the systems should smell like. But it’s offering a pretty sweet reward as a result.

“We need your help SEGA fans! These replica systems with scented tin candles are in development… but what should the scent of a Mega Drive and Dreamcast be?

Our favourite answer gets one of each for FREE! #SEGAForever”

So far, the answers are a bit…interesting, to say the least. One user managed to recommend “sweat” (eew); while others have gone on as far as to recommend certain fruit based scents, like blueberries for the Sega Dreamcast. (Something resembling Sonic the Hedgehog, perhaps?)

However, we feel that Ethan Anthony Benjamin has the best one thus far: “Vanilla Bourbon for the Dreamcast, Dark Chocolate Raspberry for the Genesis.” You really can’t beat that. And it sure drowns out those farts, that’s for sure.

Sega hasn’t noted when the candles will go into production. But more than likely, once some scents are chosen, they’re likely to be offered through the Sega Store. We’ll let you know as soon as they’re up for grabs (and probably order a few for the office because, you know, good scents beat out badly burned food any day).