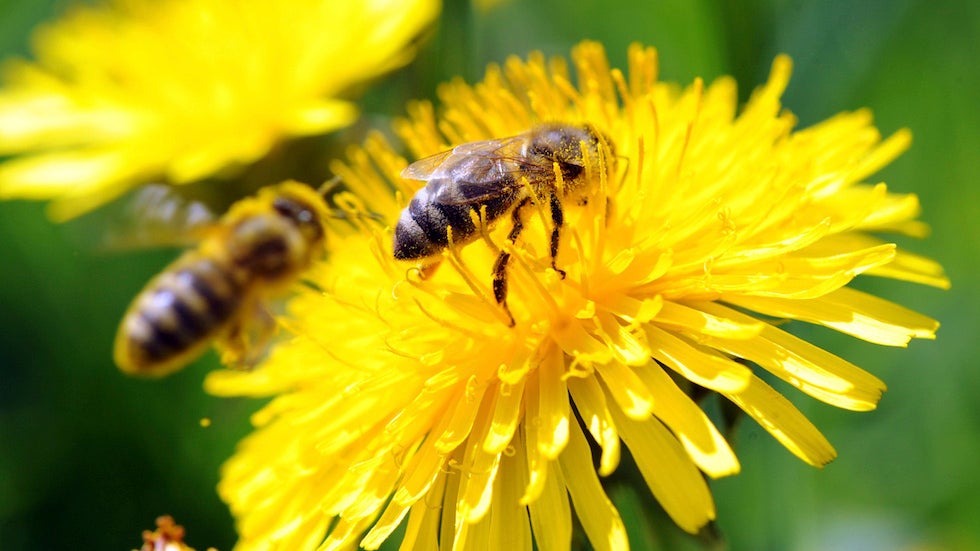 A group of Dutch scientists is enlisting the help of an unusual group of participants for a new kind of rapid COVID-19 test: bees that have been specially trained to detect the virus.

Researchers at insect technology start-up InsectSense and Wageningen University in the Netherlands announced in a press release this week that they had trained more than 150 bees in a study to identify samples containing the virus that causes COVID-19 based on its scent.

The group said that as part of the study, the bees were given a sugar water solution reward each time they were exposed to an infected sample, upon which the bees extended their tongues to receive the solution.

The bees, which because of their sensitivity to smells can be trained within just a few minutes to detect volatiles and odors, then associated the reward with positive samples, and began sticking out their tongues after being exposed to the COVID-19 scent alone, the researchers said.

The scientists noted that the study indicated overwhelmingly promising results, with only a small number of false positives and false negatives recorded.

According to the press release, InsectSense has developed a prototype machine that can train bees to detect the virus, which the scientists hope can be adopted in low-income countries where access to materials for polymerase chain reaction tests is limited.

“Not all laboratories have that, especially in smaller-income countries,” Wim van der Poel, a professor at Wageningen University, told The Washington Post.

“Bees are everywhere, and the apparatus is not very complicated,” he added.

While the results of the study have not yet been published in a journal or peer-reviewed, van der Poel told the Post he believes the bee COVID-19 testing can achieve a roughly 95 percent accuracy rate by using multiple insects per sample.

“Our first goal was to demonstrate that we could train bees to do this, and that’s where we succeeded,” he told the newspaper. “And now we are calculating, and we are continuing the work to see how sensitive the method is.”

The research on bees comes as others have recruited dogs to aid in COVID-19 testing, including NASCAR, which last month announced it would be using specially trained canines to sniff essential workers at a race at Atlanta Motor Speedway.

That same month, a Thai trainer leading a program to help dogs detect the virus said the animals had been able to do so with 95 percent accuracy over a six-month period.

Honeybees Use Scent Maps to Keep Track of Their Queen