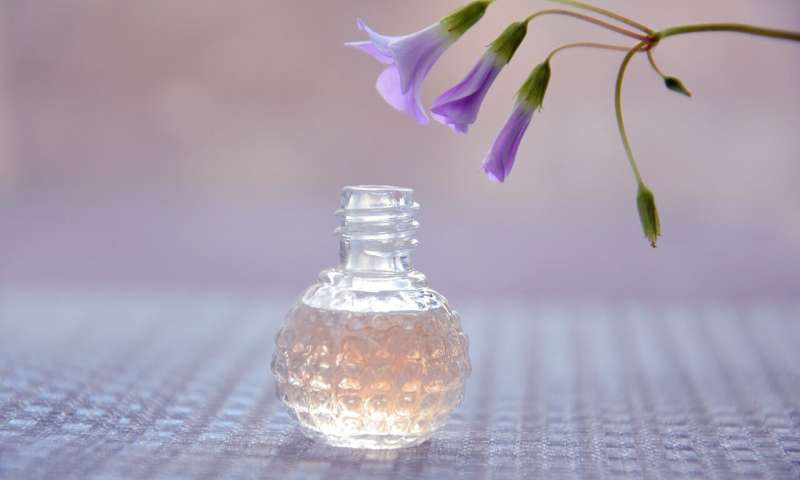 Each perfume is a unique combination of different olfactory ingredients, oils and chemical molecules, that together form a harmonious aroma. The smell of a perfume is often described using so-called notes, such as vanilla, and their combinations, such as musk together with jasmine, which are called accords. By making an assumption that a given perfume is popular largely because of its good smell, the researchers aim to understand what constitutes a popular smell. To achieve this, the structure of perfumes and their constituent notes are studied according to the principles of a mathematical field known as complex network analysis.

To better understand how accords contribute to the success of perfumes, Vasiliauskaite and Evans applied complex network analysis to online data on of 1,000 notes found in more than 10,000 perfume products. The dataset included consumer ratings and information on the popularity of each perfume.

This analysis revealed which notes and accords are used more often than one would expect by chance (are “over-represented”), which are the most popular, and which are found in the highest-rated perfumes. The researchers found that the most popular notes and the most commonly used accords do not necessarily correlate with the highest perfume ratings. For instance, the accord of jasmine and mint notes contributed significantly to higher ratings but was under-represented in the studied perfumes.

The researchers also determined which notes, when added to existing accords, appeared to enhance accords the most. They found that notes with high popularity, such as musk and vanilla, tended to enhance accords the most, as did generically-named notes such as floral notes. Further analysis showed that major fashion brands produced many of the most successful perfumes, but a perfume’s popularity did not seem to be linked to its price, nor when it was launched.

These findings suggest that complex network analysis could be a useful tool for perfume-makers to explore new accords that boost a perfume’s potential for success.

The authors add: “We studied data on perfumes and their odour descriptors-notes-as a complex network to gain insights about how note compositions, called accords, influence success of fragrances. We obtained accords which tend to be present in perfumes that receive significantly more customer ratings, for example, an accord composed of Geranium, Lavender and Oakmoss. This work presents a framework which would be a timely tool for perfumers to explore a multidimensional space of scent compositions.”