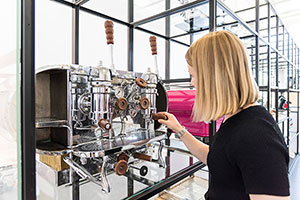 The Deutsches Museum in Munich, Germany will open the doors to its Cosmos Coffee exhibition on 4 July.

The multi-sensory Cosmos Coffee will include 198 individual exhibits; 22 media, film, audio and active-play stations; and 16 interactive installations across 800 square metres.

The museum says Germans drink 162 litres of coffee per capita per year – a greater figure than for water, tea or beer. Visitors to Cosmos Coffee can learn everything about biology, chemistry, technology, economics, and cult or culture surrounding the bean.

“There is hardly any other foodstuff which stirs people’s emotions as much as coffee does. We have developed a special relationship with this drink all around the globe and we are not about to lose our enthusiasm for it. We are filled with a pleasant sense of security and well-being at the very thought of a cup of hot coffee,” says Wolfgang M Heckl, General Director of the Deutsches Museum.

“This was also the starting point for the conceptual and creative design concept for the Cosmos Coffee exhibition, which invites visitors to become enthralled by the uniqueness and sophistication of this beverage.”

“Our coffee forest exemplifies the basic concept of the entire exhibition. We have created a sensory connection to technology in order to convey fascinating information on a more fun and playful basis,” curator Melanie Jahreis says. 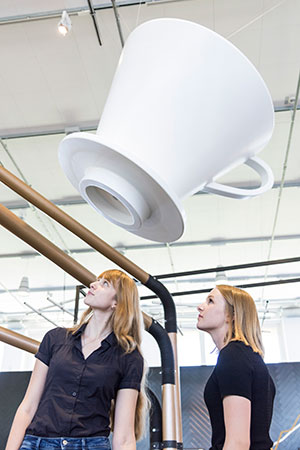 Roasting, grinding and brewing technology is presented in a large exhibition area.

“There are 37 top-class exhibits within the machine exhibits section – from Melitta Bentz’s first hand filter from 1908 along with models by Faema and Cimbali from different periods right up to the V12 engine block coffee machine,” curator Sara Marquart says.

Other technology ranges from the classic La Cornuta, on loan from Museo della macchina per caffè di Gruppo Cimbali, and Moka Bialetti 1933 from the Collection Enrico Maltoni, to modern machines from La Marzocco and Neuhaus Neotec.

The exhibit continues into the world of economics.

“We show how things have developed since colonial times with its slave labour, right up to the Fair Trade movement of today,” Jahreis says.

Cosmos Coffee closes with an exhibit on the culture surrounding coffee. Heckyl says the Deutsches Museum wants to break new ground with Cosmos Coffee and create a sensory exhibition.

“The museum remains true to its guiding principles by conveying the basic knowledge of the topic while at the same time being highly informative on both the latest technologies as well as the more complex scientific contexts relating to the cult drink,” Heckl says. “Just another example of how deeply science and technology affect society.”