Pantone’s 2019 Color Of The Year Speaks To Nature, Play And Travel | Forbes

Living Coral, the 2019 Color of the YearPANTONE

Earlier this December, the color spectrum had its annual night of nights. It was a veritable “hues’ hue.”

At the Royal Palm South Beach Miami, a Tribute Portfolio Resort, on the eve of Art Basel Miami, Pantone announced “Living Coral” as its 2019 Color of the Year—officially, PANTONE 16-1546 Living Coral—describing it as “an animating and life-affirming coral hue with a golden undertone that energizes and enlivens with a softer edge.”

The Pantone Color Institute has declared a Color of the Year every year since 2000. As they go to pains to point out, it is a trend observation rather than a forecast, though its announcement does have an impact in the realms of décor and design.

“It is a color we see in nature,” says Institute vice president Laurie Pressman of this year’s choice. “Lying at the center of our naturally vivid and chromatic eco-system, it is evocative of how coral reefs provide shelter to a diverse kaleidoscope of nature’s color and serves as a source of sustenance and shelter to sea life.”

For a number of reasons, Miami Beach seemed a fitting choice for a color-related announcement and ensuing celebration. It’s a city well known for its eye-catching vibrancy—not just in chromatic terms—and the residential Portofino Tower, dominating the city’s south skyline as its fourth tallest building, is testament to the serenely dazzling qualities of living coral in particular.

“While there are no coral reefs in Miami Beach proper, Florida is the only state in the continental U.S. with extensive shallow coral reef formations near its coasts,” explains Pressman. “Roughly two-thirds of the Florida Reef Tract lies within Biscayne National Park and the Florida Keys National Marine Sanctuary, all of which are easily accessible to Miami Beach.”

In 2019, the installation will travel to two other Tribute Portfolio hotels, the Alida Hotel in Savannah, Georgia, and The Slaak Rotterdam in The Netherlands. 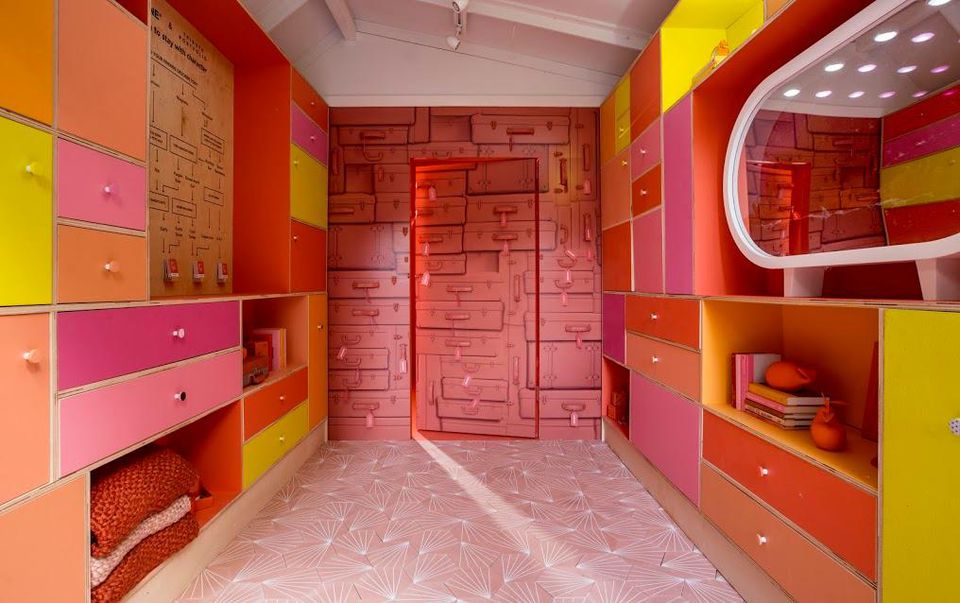 “We want the immersive traveling installations to showcase the joyful combination of what our two brands stand for: Tribute Portfolio’s knack for igniting imaginations through travel and Pantone’s ability to inspire through color,” says Amanda Nichols, Tribute Portfolio Hotels’ global brand director.

As Pressman explains, travel is a big part of the Pantone Color Institute team’s research process, and there’s a definite connection between the joy of travel and the “sociability” and “spirit” of living coral.

“Its engaging nature is one that welcomes and encourages lighthearted activity and embodies our desire for playful expression. And this year’s color displays humanizing and heartening qualities, embracing us with warmth. Just as one hopes to feel upon entering their hotel.”

Source: Pantone’s 2019 Color Of The Year Speaks To Nature, Play And Travel