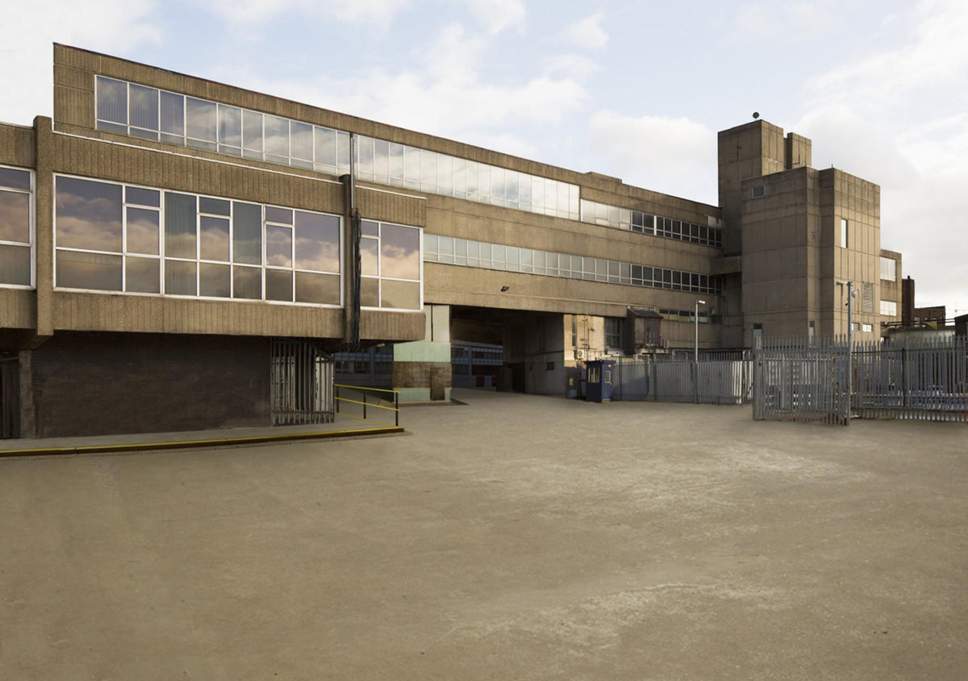 Brutalism is having somewhat of a renaissance in the art world at present. Instagram’s current love affair with angled, abstract shots of utilitarian builds has made tourist attractions out of unlikely locations such as car parks, council estates, libraries and even disused factories and warehouses.

It could only be a matter of time surely, before music festivals would begin to pay homage to the modernist design style.

The team behind Krankbrother, an already established underground music event promoter based in London, have taken the step to marry together techno and some of the capitals most iconic concrete structures for a “multi-sensory” arts and music festival that will take place in March next year.

Venues will include The Southbank Centre, Walthamstow Assembly Hall, 180 The Strand, E1London, Village Underground and The Silver Building. The festival has been launched as an “experiment” to explore the relationship between urban structures and electronic music — with organisers promising not only music, but also lighting and visual installations across its four days.

In the announcement for Re-Textured, Krankbrother referenced their desire to both pay tribute to the sometimes misunderstood architectural form as well as highlight underrepresented musical genres such as ambient, drone and leftfield electronic. Big names in techno already set to appear are Lena Wilikens, B. Traits, Nina Kraviz, Objekt, Volvox, Batu and Ben Sims.

We talked to Danny and Kieran from Krankbrother on what to expect from Re-Textured:

Is this the first festival to focus on brutalism in London?

We hope not. There have probably been more focused festivals or exhibitions on Brutalist and Modernist architecture itself especially given the renewed interest in the architectural movement in recent years. The aim of Re-Textured Festival is to explore the relationship between brutalist architecture, experimental electronic music and light art so our our approach is slightly different.

We grew up in London and always admired buildings such as the National Theatre and the Barbican Centre. Although many find them unaesthetic, we always found a subtle beauty in the cold geometric lines of the concrete.

After promoting electronic music shows for many years we became increasingly interested in off location events; experiencing a show in a space that you wouldn’t usually. We found it changed the experience of the music for the better. As we did more of these type of shows, we began to appreciate how many parallels there were between modernist architecture and experimental electronic music and how they complemented one another. The idea for the festival was born from this.

Why do you think its taken so long?

A change in appreciation for this type of architecture has taken place. Brutalist architecture was much maligned for decades with the most renowned buildings such as Southbank Centre, Barbican Centre, The Trellick Tower and the Hayward Gallery having long been the subject of controversy and debate.

In the 1960s, the International Style appeared alongside Brutalism and in contrast seemed truly modern. As a result Brutalism was called functional, soulless, grey. Monolithic urban structures that became a symbol of everything people hated about urban living. This was only furthered by the severity of the name itself.

However, in recent years there has been a change in perception and Brutalism’s popularity has been ascending. As gentrification has swept across the city, the International Style has become the scape goat for much of the city’s perceived inequalities.

There is an honesty in raw concrete that is in direct contrast to the perceived wealth and privilege of steel and glass. It’s truly egalitarian and it’s wonderful to see people flocking to see it’s finest examples many of which are now heritage listed in London.

Have any festivals internationally inspired you to make this focus?

Berlin Atonal which takes place in the imposing industrial Kraftwerk in Berlin has long been the vanguard of progressive electronic and experimental music and art in Berlin. It started in the 1980s, had a 13 years hiatus, and relaunched in 2013. It offers one of the most interesting examinations of the relationship between experimental music, light art and industrial architecture in the world right now. I would recommend it to anyone. It’s been a great inspiration for us to being something similar to London.

Unsound Festival which takes place in Krakow is another festival that has bravely supported experimental electronic and visual art, continuing to push boundaries year on year. They use multiple buildings across the city to house the festival, however the focus of Unsound is really the cutting edge programming on offer.

At home, the biggest inspiration to us is seeing audiences seeking out these types of events. Audiences that aren’t content to accept the banal that so often crosses our paths in day to day life. That instils faith in us that London has an appetite for this type of festival.

What do you think the spaces you have chosen will bring to the festival vibe?

Each space has its’ own identity but the raw aesthetic across all will lend itself to the experimental nature of the music and light art that we have programmed.

Overall, we think the spaces offer an opportunity to give forward thinking genres such as ambient, drone, leftfield electronic and techno a truly modern amphitheatre in which to be heard.

Do you think there is an intrinsic relationship between underground music and Brutalism?

There is often a direct relationship between underground music and industry and the buildings that house industry. The birth and development of heavy metal in the Midlands or techno in Detroit were in direct response to the experience of the cities industries. You can hear the sound of factories in these genres. The music you make represents the world that you come from. It’s your auditory environment.

Brutalism is about patterns, structures, lines. The interaction of space and form. Minimalism is at it’s core. Similarly the music we have programmed for Re-textured is heavily influenced by the minimalists whether they be ambient, drone, experimental, or techno. We see the strongest parallels here. Ideologically, they are similar.

What are some of the other brutalist spaces that you have worked with during your time as promoters?

Not so many. When we started promoting shows ten years ago we predominantly used industrial buildings and warehouses rather than clubs. There were scores of empty buildings across East and South London.

We’d go in, bring power, a system, bars, artists and you had a party. The spontaneity made them special. Then those empty buildings became harder to find. One by one, they fell to be replaced with hotels, flats or offices. We also moved on but we’ve always missed the industrial aesthetic of those days.

Do you think after this festival you will want to focus even more on concrete buildings?

We’d love to always work with beautiful concrete buildings but that’s not really possible in the current climate. The decline of music venues across the capital has been well documented. There simply aren’t that many venues suitable for events of our type. It wouldn’t work for us to only focus on concrete!

What are the advantages of setting up events in these spaces?

The spaces offers a completely blank canvas. They are all very functional so it really allows us to push our productions without restriction. The clean and simple lines of the buildings will allow us to do some really interesting lighting installations and projections that you would not usually get to see at a regular club or live show. It will make the events more immersive and multi sensory.

What are the disadvantages?

When a club or music venue opens, the operators have months to perfect the sound, light and flow of the evening. Each evening a lesson is learnt and something is tweaked. The disadvantage of using under used one off spaces, is we have one evening to get it right. So a huge amount of planning goes into the production of the event ahead of the show. Sound in particular is not easy in these types of buildings as there are a lot of hard surfaces. Wherever possible we treat the building acoustically without it affecting the aesthetic.

Have you had any difficulty in convincing owners/the council to allow you to places stages in these buildings?

For the most part the council and landlords we approached have been very supportive as they can see the value in a festival like this. It’s something new for London and it’s needed.  There were a couple of buildings we approached that didn’t quite understand the vision and so huge hire fees deterred us from using them. No names!

Be bold. Be challenged. Don’t try to understand everything. Come with an open mind.