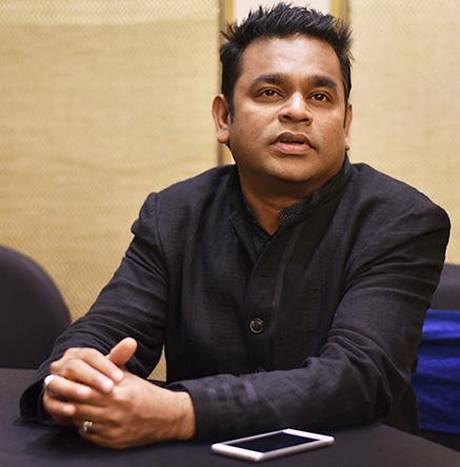 Called “Scent of a Song”, the musical sensory experience is an immersive exercise that literally plants the viewer into the story. Despite your feet firmly planted in Cannes, it takes you to the locales the film has been shot in and brings you whisper close to the characters, specially the flautist heroine Juliet, played by Nora Arnezeder.

At one point you feel like the mirror she is looking into and at others you actually feel like reaching out and wiping away the tear from her eye. The soundscape is just as multi-dimensional and immersive.

Presented by tech giant Intel at the Cannes XR section, the experience requires sitting on special red egg-shaped, pod-chairs with the VR gear — a headmounted eye view and headsets. In addition there is an olfactory dimension to the experience because the film involves linking scents with memory. Be it joy or fear, every feeling comes underlined with a distinct smell. In fact, the idea for it came to Rahman from his perfume-loving wife Saira.

Rahman’s passion project started off as a 20 minute film that has now become an hour and ten minute long musical, aromatic, murder mystery. Besides Arnezeder, it stars Guy Burnet, Munirih Grace and Mariam Zohrabyan. Shot entirely in Italy, it has reportedly taken about $5 million to make.

The composer and music director spoke about his love for experimenting with technology emanating from the fact that he always wanted to be an engineer. It [the love of tech] has seeped into many things, he claimed. “So when someone says something is difficult to get done, I say let’s do it,” he said. He thanked his amazing team of “geniuses” back in Chennai who worked the software.

He also said his background — the mix of the experience of East and West — makes him want to indulge in a different kind of story-telling. A story-telling that is not about words as about seeing things up close and personal.

All of it harnessed for a cinema, that, according to him, is about “community, empathy and understanding but not in a conventional, preachy way”.

In a video on the making of the film, the cast and crew spoke about the uniqueness of filming for VR — the single takes, no cuts, constant action, hidden crew, static camera. They also spoke about Rahman wearing many hats and bringing in energy, enthusiasm and spirituality to the film.

Rahman hopes to premiere the film in the U.S. and Europe and will bring it to India by the end of the year. It would mean revolutionising the way a film is seen and building the required infrastructure.

Source: Deep dive into VR with Rahman’s Scent of a Song