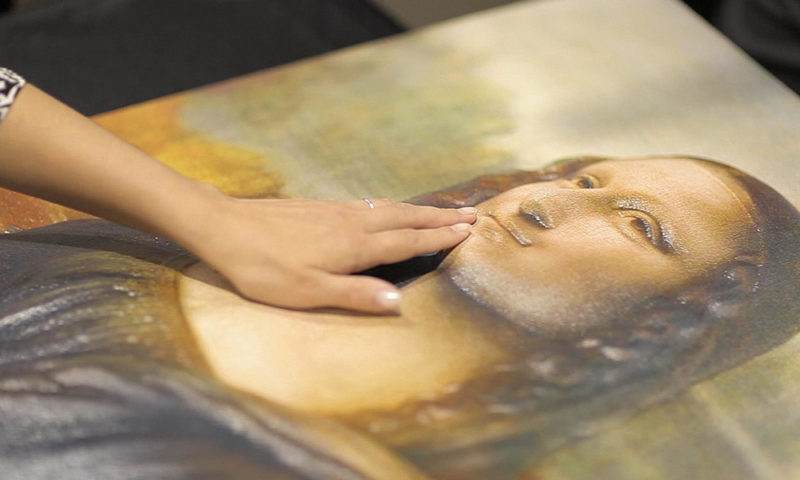 There’s more than one way to experience a great work of art, according to a new partnership among the National Federation of the Blind, Getty Images, and Tactile Images, a company that converts pictures into three dimensional versions that can be experienced through touch, hearing, and smell.

The initiative aims to significantly enhance educational opportunities and cultural inclusion for blind and disabled individuals. The groups are committed to providing greater accessibility to visual resources—with an emphasis on photography and fine art—that represent the world’s people and cultures.

“Blind people have all the same interests, concerns, and aspirations as all who participate in our society and culture, and that culture is reflected in the millions of images that this partnership will help us access,” said Mark Riccobono, NFB’s president, in a press release.

Tactile Images creates several different kinds of artwork that allow blind people to engage with traditional visual and graphic material through touch and sensory stimulation. Braille is used for text, sensors are embedded to activate a customized audio description, and other components emit distinct smells. These three senses—touch, hearing, and smell—work together in the brain to replace the sense of sight.

John Olson, cofounder of 3DPhotoWorks, the parent company of Tactile Images, has had a longstanding relationship with NFB and Riccobono. Olson spent his career at Life magazine as a photographer and photojournalist. About 10 years ago, he started to wonder about the ways people see, which led him to reach out to NFB. They collaborated on several projects, including a timeline of NFB’s history using tactile photos and audio narration—which is now on display at NFB’s headquarters in Baltimore—and an exhibit at the Newseum in Washington, DC, featuring tactile renderings of Olson’s iconic Vietnam War photos.

NFB is also focused on “increasing the accessibility of paintings, photographs, and other images by collaborating with artists, photographers, museums, and other producers and exhibitors of such works,” he said. To help achieve those goals, NFB is granting $500,000 to museums and institutions for the development of tactile exhibition displays.

“We look forward to working with Tactile Images and Getty Images to curate a collection that will include, inform, and inspire the blind of America and the world,” Riccobono said.

Music is the universal language of mankind.