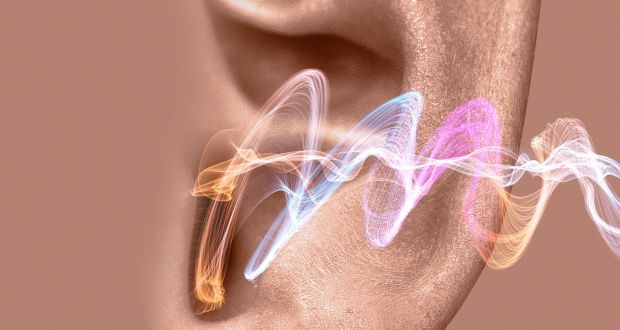 By msensory team09/09/2019No Comments
Synaesthesia is a harmless neurological condition which affects between one and 4 per cent of the population. The most common form is where letters, numbers, weeks and months appear as colours.
Lolita author Vladimir Nabokov experienced colour with each sound, painter Wassily Kandinsky heard music with a splash of paint.

Both had synaesthesia, a rare neurological condition that causes the senses to intertwine.

One theory is that we all have synaesthesia to varying degrees; it is simply that some of us are more aware of the sensory stimuli.

Synaesthesia is a neurological condition that results in a merging or blurring of senses that are not normally connected. Someone with synaesthesia may hear colour or smell sound with the stimulation of one sense invoking an involuntary reaction in another.

It is a harmless neurological condition which affects 1-4 per cent of the population. While there are thought to be more than 100 types of synaesthesia, the most common form is where letters, numbers, weeks and months appear as colours.

Dr Francis McGlone, head of somatosensoy and affective neuroscience at Liverpool John Moores University, says synaesthetes are people who experience the world differently because their senses cross-talk to each other.

McGlone recalls a conference he attended about the condition where a member of the audience piped up: “My orgasms are blue!”

“These people are not mad or hallucinating but they have this strange cross-perceptual experience in their brain.

“It is a perplexing perceptual anomaly and in most cases you would not know you were a synaesthete until somebody tested you in the same way you would discover you are colour blind,” says McGlone.

“You take for granted that your perceptual word is the same as yours and mine; their world to them is completely normal and does not encumber them.

“It is only when they self-identify or are tested that we challenge the way they perceive things.”

McGlone says synaesthetes are not debilitated by the condition and there is no cross-morbidity. “It is not like we see synaesthesia more in people with autism or developmental anomalies. We don’t know how or why exactly it develops and there is a theory we are all born synaesthetes.”

One theory is that we all have synaesthesia to varying degrees and it could be something we grow out of.

“Developmentally, babies and infants have this natural complex multisensory world where they hear colours and smell sounds so perhaps it evolved to isolate the world around us into separate modalities, so it may well be that babies are born with multisensory processing,” he says.

One of the most common forms of the condition is grathesthenia – where people “see” letters and words and numbers as colours.

“I was telling my Mam she was blue and my Dad was brown and that my little sister is pink. They thought I was being eccentric.

“I used to make lists of strangers and tell my Mam what colour they were but they didn’t pay much heed.

“If I was drawing picture – I couldn’t draw a car that wasn’t pink and purple because that is what the word ‘car’ looked like for me.”

She says her aunt came across a Trinity College Dublin study on synaesthesia when Aisling was a teenager and thought it may explain what she had been describing.

“The neurology professors took MRI scans of my brain and carried out various tests on me and other Irish people with synaesthesia to try and find out if there was a genetic link and to learn more about the condition,” she says.

“For me, I don’t actually see purple people or yellow people but I can see someone’s ‘set’ in my mind’s eye. When I first see someone I get a sense of their colour basically and a colour for me correlates with a number.

“For example, if I met you and associated you with the colour blue, I wouldn’t see you as a blue person in front of me but I would sense a blue shade from you in my mind’s eye. Monday is blue so I link Monday to you as it is blue and the letter F to you and because the number three is blue. So my set of associations for you would be blue, Monday, F and three.”

Although some may see the condition as a superpower or that she has psychic abilities, for Aisling it has its downsides.

“There are small ways in which synaesthesia has been a challenge for me. Maths was difficult because when I was learning algebra I couldn’t deal with how some of the numbers equalled letters.

“For me, the letter A is pink and the number 4 is pink so it used to throw me off.

“It has held me back very little and has had a more positive effect on me than a negative one.

“When I found out I had it, it was just a title to put on something. It was helpful for me in the last few years to learn why I struggled with maths and why algebra and trigonometry were particularly difficult.

“I find festivals or large social gatherings tiring sometimes because everyone I meet has set of associations and some people have a set that is inconsistent to me, ie their colour and number may not match in my head. It’s a jarring experience that is very hard to explain,” she says.

For Aisling, being a synaesthete is largely positive – particularly in her line of work as a writer and journalist.

“When I read, I can spell any word I have ever seen because I know when there is going to be a double letter or an ‘i’ before ‘e’. It also helps me to spell words in different languages even if I don’t speak them.

“I never forget anyone’s name as I have so many sets of associations for their name, I can’t forget.”

Source: ‘My orgasms are blue!’: the condition which makes you see colours