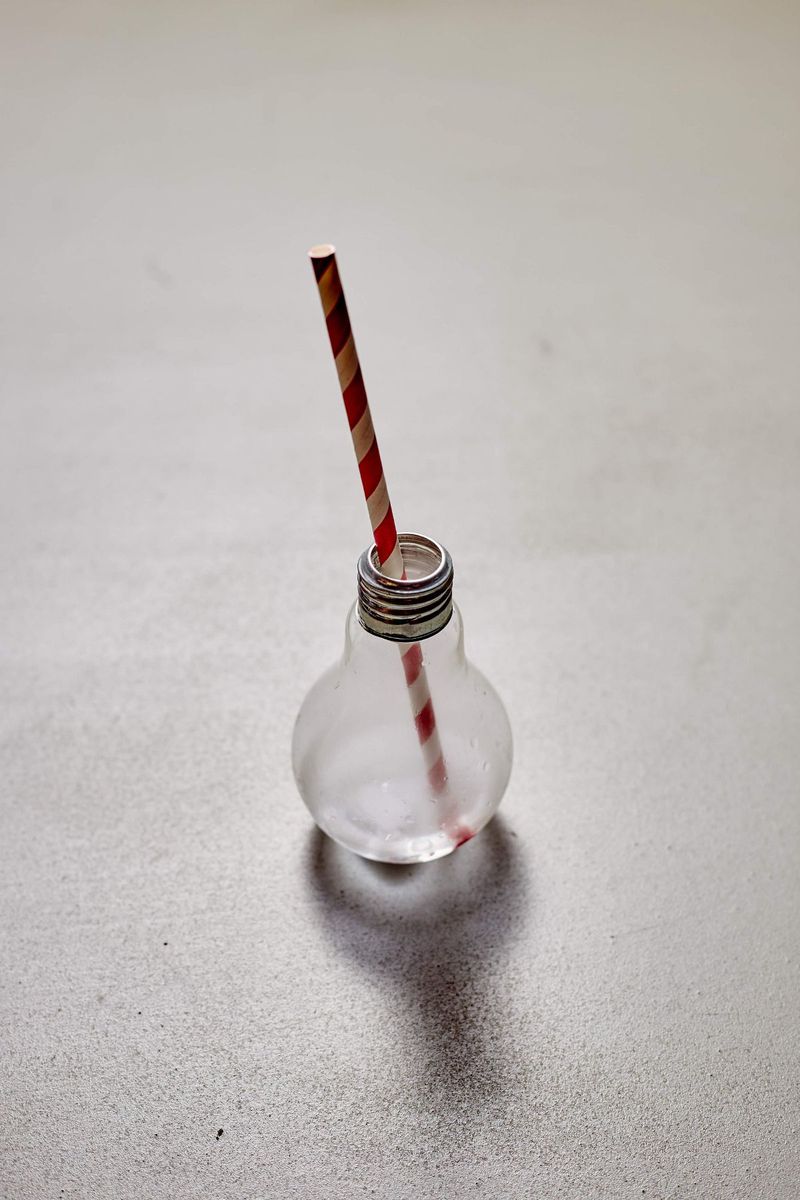 Decorated in a style reminiscent of a Czech apartment from the 1960s, London’s Lounge Bohemia is a cocktail bar with a twist. Each drink is served with its own colourful story and many draw on scientific techniques, including, for instance, being turned into edible alcoholic cotton. Even the glasses look like something out of a mad professor’s laboratory. Lounge Bohemia is every inch the creation of Czech Pavel Tvaroh, who has been running the basement bar for more than a decade. When we spoke there I asked Tvaroh about its “molecular mixology” approach.

“We actually didn’t really want to call it molecular mixology to start with. We tried to use the words manipulative or multi-sensory at some point.

“But then it became easier to say molecular, because at least people know what molecular cuisine is – it’s essentially modernist cuisine.

“So effectively, in a nutshell, it’s using different techniques of modernist cuisine and applying them to the creation of drinks.

“Not all of the drinks are essentially drinkable – some of them are edible – and they come in various different forms.

“And the forms might even change as you try to consume it.

“To give you an example: piña colada. It’s a classic cocktail that comes from Puerto Rico and was originally designed in 1952 or 1954 – there are two bars which claim ownership. 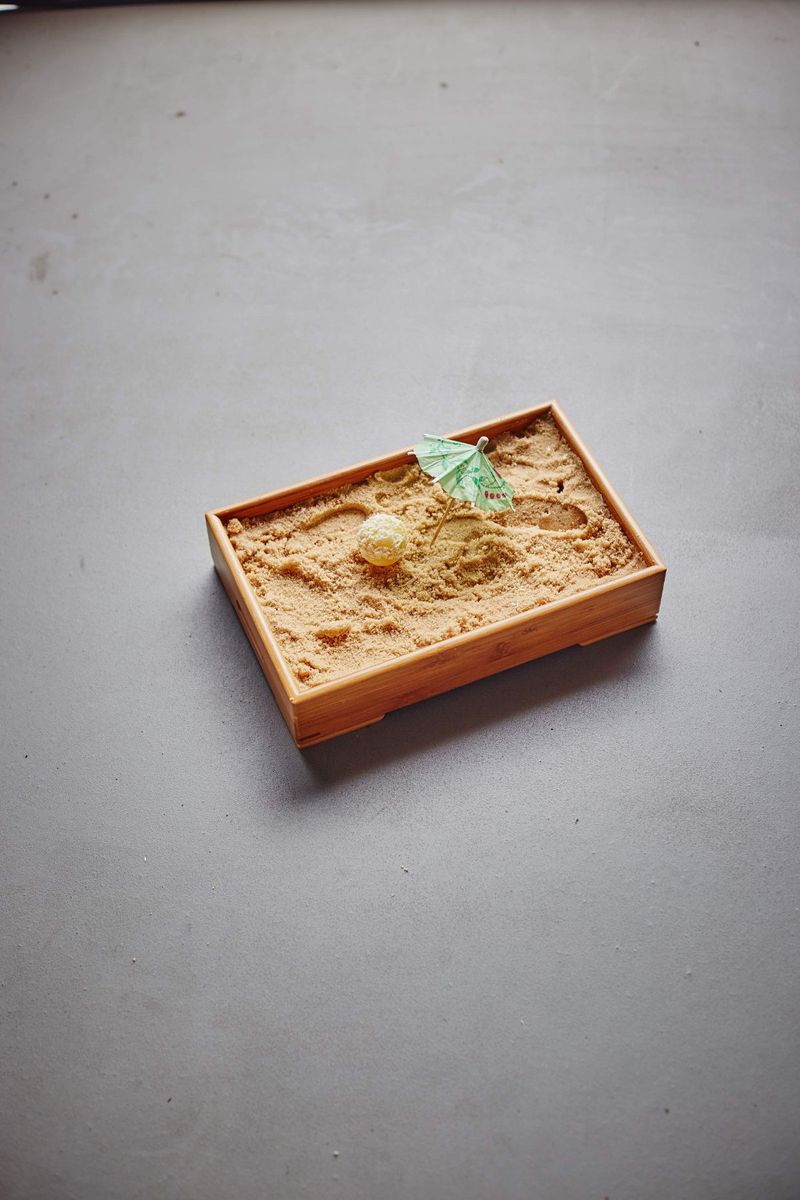 “It’s pineapple, pineapple juice, Coco Lopez, which is cream of coconut, and rum, mixed together, sort of frapped and done as a drink.

“What we do is exactly this thing, but we deep freeze it to -50 and then dip it in coconut oil, which then hardens on the sort of frozen ball of the piña colada.

“Then because the piña colada contains alcohol the alcohol dissolves the liquid back, but the hardened coconut stays hard.

“So you have a little bonbon which is made out of coconut. You pop it in your mouth, you bite into it, it cracks and turns back into a piña colada. Things like that.”

Have you got a signature drink here at the bar?

“Yeah, about 44 of them. Every single one of them is different, served with a different story and with different service.

“I can’t really put my finger on one and say, This is the best one.

“Sometimes the newest one is the best one.

How do you create new drinks? Is it a matter of research? Or trial and error?

“It depends what they are part of. Effectively we have on our menu four different groups, so to speak.

“One of them is mornings, so all the drinks are somehow related to morning routine or breakfast.

“One of them is classics, which are classic cocktails but with our twist on them.

“One of them is based on kids’ stories – fairytales.

“So the inspiration might come from any of those, as groups.

“Or the inspiration might come from finding a new technique which could be applied to alcohol and then taking it from there.

“It might come from finding a new vessel or essentially a new service and trying to do it.

“Or finding a new ingredient and trying to work with it. Something that comes out of the ingredient might leave you like, Yeah, this is it.

“I’ll give you an example with the ingredient Sichuan button, which is a flower that grows in Brazil.

“If you eat the flower you get exactly the same sensation as when we used to lick nine-volt batteries as kids – that funny alkaline taste that makes your tongue tingle.

“Discovering that plant led to a whole drink called Edison. It’s served in a light bulb and smells like an energy drink, though there is no energy drink in it.

“You don’t actually drink it. You consume it by sipping it – you leave it on your tongue and it gives you exactly the same sensation as when you lick a nine-volt battery.

“And that just came from research of that one plant.”

Do you have a science background? Or do you consult this stuff with somebody?

“My approach is trial and error. I probably have more errors and fails than successes.

“I do from time to time talk to my brother, who is a doctor, if I want to use something that isn’t on the normal scale.

“But everything is drinkable, edible and safe to consume.”

Do you use any Czech spirits in making your drinks?

“We do, but it’s harder here in London, obviously, because of accessibility.

“For example, Becherovka only does one kind here in the UK, but there are five on the Czech market, so that’s a difference.

“One of our famous ones is Becherovka Cotton, where the drink looks like a cotton bud flower but is made out of Becherovka.

“You take the cotton bud out of the flower, put it on your tongue and let it essentially dissolve in your mouth and it gives you the Becherovka flavour.”

You have a lot of Czech design elements here. The chairs look like something you might see in a 1960s or 1970s Czechoslovak apartment, you have great lamps, and I saw Rudé Pravo on the wall on my way in here. What is it about this Czech design that appeals to international customers?

“To start with, the whole idea of the design itself was modelled on my grandma’s living room.

“The bar, or the front of the bar, which is essentially not a bar but just a place where we distribute our drinks, is made out of my grandma’s living room.

“Most of the furniture is mid-century modern, from either Denmark, Czech or America.

“All the lamps that you mentioned are from America – they’re a classic design from 1953. And I do collect those sorts of things.

“Some people recognise different designers and appreciate that.

“Some people for a very bizarre reason think that it’s got a Russian influence, because they can’t see the difference between Czech and azbuka [Cyrillic].

“And some people think it’s Ikea. So take your pick.”

Do you often get Czech customers coming in here?

“From time to time, when there is an article about me or something in Czech.

“Also it has quite a big following, so when people come from Czech they do come to visit.

“But not really from locals. At the end of the day, we are not a Czech bar, per se.

“We do not have Czech beer, which is what people might expect here.

“We are a bar that specialises in molecular drinks – that’s what we do.

“So it’s more for curious people, rather than the Czech side of it.”

This bar is by appointment – you have to have a reservation to get in. Why did you adopt that approach when you opened the place?

“The bar is not a bar, it’s a lounge. It’s in the name and it’s in your surroundings as you look around. It basically is a lounge – it looks like someone’s living room.

“That was the original idea behind it. It wasn’t the molecular stuff – that came half a year or maybe a year after the opening.

“But the original idea was to make it very comfortable bar where people could sit down and relax.

“It was all about making people as comfortable as possible.

“So they come in, they’re greeted and seated and get full table service, which is quite unusual, or at least it was at the time I was opening the bar, many years ago.

“And in order to fulfill all that, from the start we were taking bookings, but also seating people from the street.

“But then a problem appeared when people did not understand why we wouldn’t seat them in an empty space.

“And they’d say, Oh well, can I sit there until the people come in? And it was, No you can’t, because I have nowhere to seat you.

“Eventually after having loads of negative feedback from people we decided it would be way easier if we just ran it as a non-standing, by appointment-only bar.

“It paid off, because those who like the atmosphere and appreciate it understand why we’re doing it.

“And for those who don’t, we are in the Shoreditch Triangle, which is one of the busiest places in East London in terms of bar per square metre, so there are plenty of other places to go to.

“We can only seat a maximum of 30 people, so I don’t mind turning people away and giving their business to someone else, if I cannot physically seat them.”

I was reading that you don’t allow people in here wearing suits, to which I would say a) hats off and b) why not?

“That’s because again we are virtually on the border with the City of London, which for people who don’t know is basically the bankers’ quarter.

“That was in the first three months before we enforced the non-suit policy and that was it really. That was the deal-breaker.

“We found that loads of people applauded us for that, loads of people find it funny, and those who fall into that category and get really angry, asking us why, are effectively the proof in the pudding of why we have made this policy.

“Those who would like to visit us and do wear a suit to work are more than welcome to change into their gym gear, or anything else for that matter. I don’t mind.”

Tell us about your tasting menu – how does it work, how many drinks it involves, that kind of thing.

“Because of the way how our drinks work, and as I said we use different techniques of modernist cuisine, some drinks are not appliable to large quantities.

“The drinks are still delicious, but the price wouldn’t make any sense and it would be a bit weird.

“Actually the original idea was when I came up with the concept of a drink which took an hour to prepare.

“But the drink has to be served within about five minutes of preparation – and after that it collapses and then it’s gone.

“In order to serve that drink, I wasn’t able to say to customers, If you order it now, you have to wait for an hour.

“And I wasn’t prepared to make one of them every half an hour and take up all my time doing it then chuck every third one away.

“So we came up with a tasting menu which is served for an hour and the last drink was this drink.

“As the people walk in, the last drink was starting to be prepared and in the meantime they had a couple of other drinks and it made some sort of sense.

“I believe the first one was based on the routine of the day. So you start with breakfast, then you have some snack, lunch, afternoon treat and a dinner drink.

“People really, really liked that concept of being able to try smaller things that are different.

“Then we did another menu which was all based on history. We took different classic cocktails and turned them into a different shape and form. And then we made more and more menus.

“Currently we have three different themes. One is based on travel through history, over 100 years. It’s six courses and it takes you from 1860 to 1960.

“The second one is based on nature and will take you on a sort of walk through the woods.

“And the third one is based on the morning routine, so you wake up and have your bubble bath and end up by having your coffee and an energy drink to set you off on your day.”