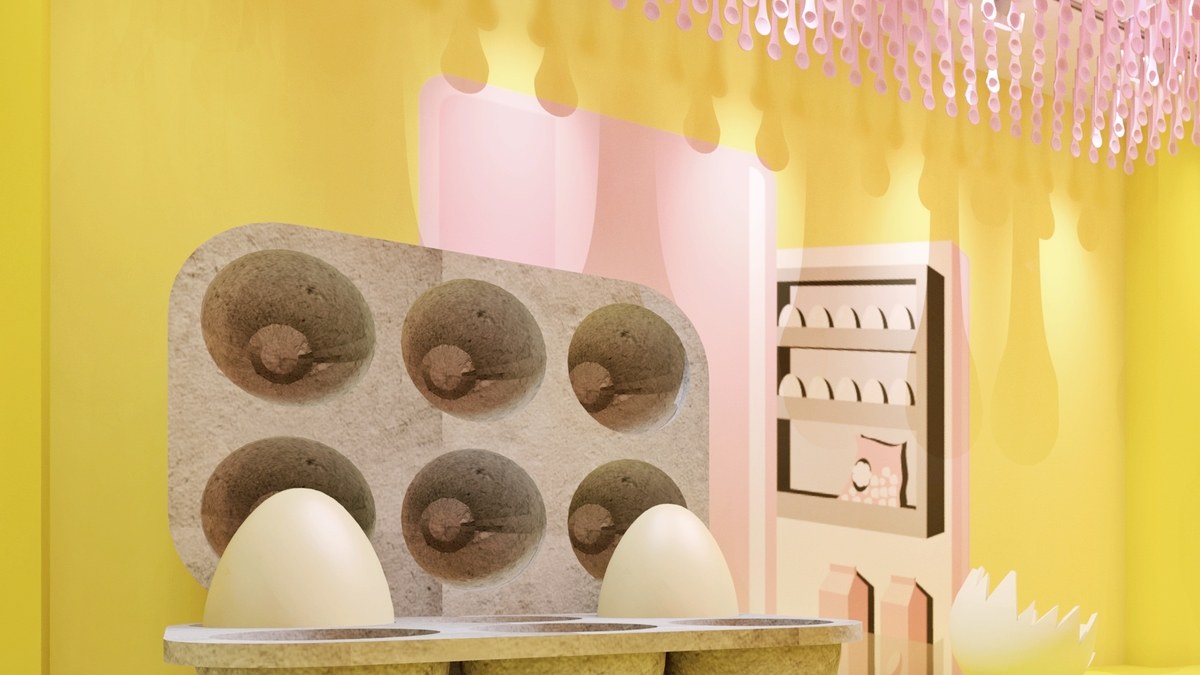 Egg enthusiasts, this is no time for yolking around: The glorious, versatile egg is finally getting the tribute it deserves in the form of an interactive pop-up in New York City’s Lower East Side. The Egg House, set to open on April 7, allows egg lovers to immerse themselves in multisensory installations dedicated to everyone’s favorite oval ingredient.

The exhibit implores visitors to imagine the home of a fictional personified egg character named Ellis, who just so happens to have built his nest in New York City. Each of the exhibit’s rooms in the house—including The Foyer, The Kitchen, The Hallway, The Pool, and The Garden—is meant to be a different part of this egghead’s home. (The Egg House’s Instagram account tells Ellis’s life story more in-depth.) But even if contemplating the life of a young eggling taking on the big city seems like a tough egg to crack, fans of other food-themed pop-ups, like the Museum of Ice Cream or the upcoming Museum of Candy, will certainly enjoy walking (on eggshells, perhaps) through the six themed rooms, which will feature a pool filled with caviar-shaped balls, a human-sized egg crate, an egg-shell swing suspended from the ceiling, along with a scrambling of other breakfast-centric surprises.

The Egg House was conceived by an anonymous founder looking to create a fantastical escape from the real world, and it was brought to life by a group of young talents who graduated from NYU, Parsons, SVA, and Pratt Institute with backgrounds in art, interior design, and marketing (clearly), according to a press release. The founder says she choose to focus the space on the egg “because it’s universal. It can be seen in almost every cuisine. Although each culture interprets it differently, it’s so versatile that everyone can relate to. That’s why we included the egg in different shapes and forms—it creates a familiarity. Eggs also represent breakfast and therefore mornings and energy—everything that is great in this world.”

And, naturally, a trip to the Egg House would not be complete without dozens upon dozens of actual eggs. Vendors such as Egg Shop and Eggloo will be on hand to satisfy egg cravings both savory and sweet, and the Egg House team will also hand out complimentary breakfast items with coffee in the mornings and tastes of eggnog in the afternoon as a “pick me up moment.” Not to mention, the gift shop will be stocked with “eggcessories” (ugh) aplenty.

Tickets to the sunny side-up experience, located at 195 Chrystie St., go on sale March 15 at noon, and can be purchased here for $18 per person ($12 for senior citizens and children under 10). Looks like it will be a shell of a time.

Source: This Egg-Themed Pop-Up Is So Crazy It Might Work