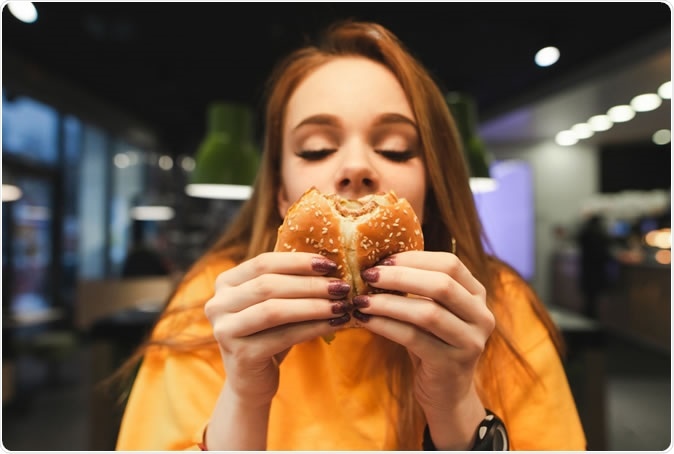 After a night without sleep, the hand reaches out almost automatically for anything rich, sweet and unhealthy – a change in food choice which could increase the body weight if practiced consistently over a significant period of time. It turns out that this is because your nose is too tired to direct your brain towards making better selections, but not at all too tired to distinguish the smell of fresh doughnuts sitting in a pile on the counter.

According to research published in eLife on October 8, 2019, the sleepless nose and the linked smell (olfactory) system is influenced by sleep deprivation in two distinct ways. On the one hand, the olfactory threshold falls, making it more sensitive to food-related odors so that the brain can seek out food faster. On the other hand, the olfactory system also fails to communicate as effectively with other areas of the brain that also receive and process information regarding food, and this breakdown leads to altered food choices.

Researcher Thorsten Kahnt says, “When you’re sleep deprived, these brain areas may not be getting enough information, and you’re overcompensating by choosing food with a richer energy signal. But it may also be that these other areas fail to keep tabs on the sharpened signals in the olfactory cortex. That could also lead to choosing doughnuts and potato chips.”

Earlier studies show that the lack of sleep boosts the levels of certain endocannabinoids that are an important part of food-seeking and eating behavior as well as the brain’s response to smells, especially that of food. The current research took this forward, to find out whether sleep deprivation caused significant differences in the way the brain reacts to food odors via endocannabinoid secretion, and also, if this changed the way the person chose food. In other words, was the brain, driven by endocannabinoid secretion, changing the way the person selected food when sleep deprived?

The study included 29 people, between 18 and 40 years, who were assigned to one of two groups. The first group was initially tested the day after a normal night’s sleep, and after four weeks, re-tested after sleeping only four hours. The second group followed the reverse protocol.

The test meal consisted of a preselected menu for breakfast, lunch and dinner. After the participants had dinner according to the standardized preset menu, after a normal period of sleep or sleep deprivation, they were put through functional MRI (fMRI) scanning. This is an imaging technique for brain activity rather than structure, which is based on the blood flow through different brain regions during the scan period. The participants were imaged while seated before the buffet, smelling a full range of food and non-food-related smells. This was to observe activity in the piriform cortex which is the first signal reception area for the sense of smell. This area normally transmits impulses in turn to another area of the brain called the insula, which handles data that influence food intake such as the smell and taste and already existing amount of food in the stomach.

As soon as the imaging ended, the participants were offered a wide selection of snacks buffet-style. The participants were observed for what and how much they ate. The results showed that following sleep deprivation, they tended to go for highly energy-dense foods like chocolate chip cookies and doughnuts, and of course, potato chips. A measurement of the endocannabinoid compounds 2-arachidonoylglycerol (2AG) and 2-oleoylglycerol (2OG) in blood showed enhanced levels after sleep deprivation. The higher the increase, the more marked the change in food choices.

Interestingly, sleep-deprived subjects continued to choose high-energy foods containing more fat the next day as well, following a night of unrestricted sleep. The scientists saw greater activity in the piriform cortex with food odors than with others in sleep-deprived subjects, but simultaneously these two regions were less fully connected. The greater the increase in 2OG, the less the connectivity was and the more marked were the changes in food choices – though total energy intake was largely unaffected.
Thus, Thorsten says, “When the piriform cortex does not properly communicate with the insula, then people start eating more energy-dense food.” A lack of proper piriform-insula connectivity predisposes the person to choose unhealthy but energy-dense bites rather than more healthy foods. Knowing that when you haven’t had enough sleep, your nose is on the lookout for this kind of irresistible smell, should motivate you to go the other way round the block, rather than fall into temptation through your sense of smell.

All we have to believe is our senses: the tools we use to perceive the world, our sight, our touch, our memory. If they lie to us, then nothing can be trusted.

All we have to believe is our senses: the tools we use to perceive the world, our sight, our touch, our memory. If they lie to us, then nothing can be trusted.