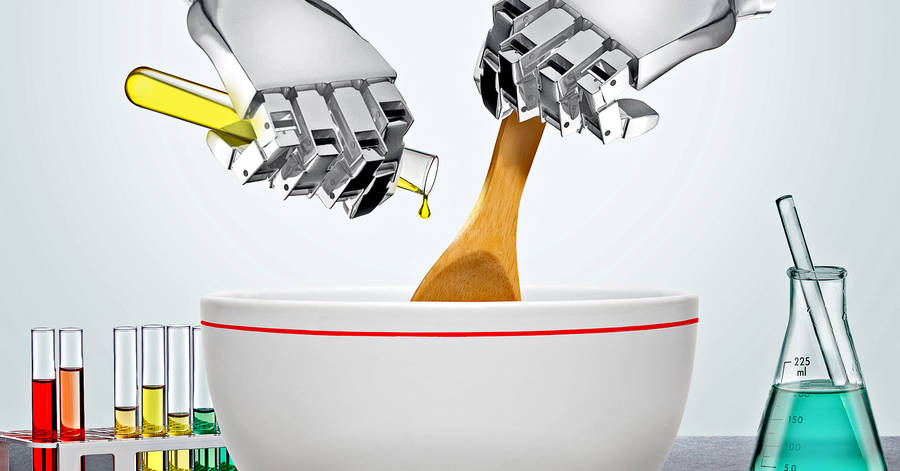 With its power to analyze data and spot trends, artificial intelligence is being used to develop new fashions, songs and TV ads. Now it is making inroads into another creative area that is possibly even more subjective: new flavors and foods.

AI can sift through huge numbers of ingredient combinations to offer outside-the-box suggestions that human developers overlooked. The technology can also scrutinize current taste trends to figure out what customers crave now and predict what they’ll want next. And it can do it so much faster than a staff of food scientists and food testers.

The push toward AI comes as packaged-food conglomerates face intense pressure from a crowded marketplace. The companies have long relied on research-and-development practices that took years to yield new products—but now consumer tastes are changing faster than ever, as people seek new flavors and find a widening array of specialty foods online. Brands can doom themselves by not adjusting quickly to new trends or changing preferences, such as a desire for low sugar or natural colors.

Of course, AI has its limits. Taste is personal and complex, and while AI can speed up what are essentially trial-and-error processes by suggesting new flavor combinations, food giants continue to rely heavily on testing and feedback by human staffers when it applies these recommendations.

Indeed, some food executives say the emerging question is how to balance these technologies and the institutional knowledge that made their brands popular. “The biggest challenge is being able to reconcile what AI would tell us versus human intuition that has historically run our business,” says Michael Lindsey, chief transformation and strategy officer for PepsiCo’s Frito-Lay and Quaker businesses in North America.

One company that has seen a fruitful collaboration between AI and human researchers is McCormick, the Baltimore-based spice maker.

Earlier this year, the company joined with International Business Machines Corp. IBM +0.73% to better crunch data on ingredients, trial recipes and the reaction of taste testers to create new seasoning combinations. The company, which started 130 years ago as a maker of fruit syrups and flavoring extracts, today manufactures and distributes spices, seasoning mixes and condiments in addition to designing flavors for other food companies. The company is consulting AI to test and manufacture new items ranging from pork seasoning with cocoa and cinnamon to seasonings resembling everything bagels that consist of clove powder and vanilla extract.

McCormick’s chief science officer Hamed Faridi says the company’s development practices are complicated because of the pure volume of its components: some 10,000 ingredients, colorings and preservatives across its product line, procured all over the world. Developers typically consider some 500 ingredients before settling on a recipe for a new seasoning mix that might contain at most two dozen ingredients, Mr. Faridi says.

Given that complexity, McCormick is hoping that artificial intelligence can cut its development process for new products—which can stretch on for a year—by up to 70%, Mr. Faridi says.

In the past, the scientists would simply concoct and test dozens of recipes of their own—sometimes as many as 150—while taking some to focus groups for feedback.

Now, the developers check their own ideas against suggestions from the AI, to look for useful concepts. The AI makes its decisions based on a data set that captures everything from formulations food scientists have tested in the past to ingredient characteristics such as kosher and moisture levels. Developers can also tell the AI how far outside the box of standard ingredient combinations they want it to look. Developers are typically given a brief that spells out things like how a product will be used and what specific requirements it has, such as target price and a mandate to include natural ingredients.

How willing would you be to try flavor combinations suggested by artificial intelligence? Join the conversation below.

The partnership between McCormick and IBM also has resulted in a range of new items. For example, McCormick’s technicians might not stray far from oregano, basil and other Italian herbs in designing a new pizza seasoning, says Mr. Faridi. But artificial intelligence suggested cumin as an addition because it had proved popular in other relatively new seasoning formulas McCormick had created, even though it is relatively uncommon in Italian dishes. The nonintuitive choice of spice for the recipe nudged staffers to put unexpected mixes into taste tests that wouldn’t have otherwise made it out of the lab, he says.

How to find a unicorn

Some AI systems aren’t just hunting for flavor combinations: They’re scrutinizing data to see what concepts will resonate with customers.

Conagra, the manufacturer of Hunt’s ketchup and Slim Jim jerky, uses AI to sift through data on everything from social media to consumer consumption to spot trends and examine patterns in consumer demand.

For instance, the AI noticed a growing amount of unicorn-related images on the web and enthusiasm among young consumers for unicorn-themed foods, makeup and accessories. Conagra decided to leverage that interest. It turned to its AI-enabled development system to identify the taste and look consumers associated with the mythical creature—which led to pastel-colored Snack Pack pudding with cotton candy-like flavors and cartoon unicorns on the packaging.

“AI is really good at highlighting and identifying constant themes around images” that might make for good products, says Thatcher Schulte, senior director of predictive sciences at Conagra. “People can’t process as much information as quickly as machines.”

The food maker also introduced gluten-free Healthy Choice bowls and a nondairy version of Reddi Wip cream based on an algorithm’s insights. AI helps Conagra figure out which trends to focus on by highlighting the ones that are gaining traction, says Corey Berends, senior vice president of research and development at the company. “The confidence is way higher,” Mr. Berends says.

Frito-Lay, the PepsiCo subsidiary that is home to dozens of product lines and hundreds of flavors, ramped up its use of AI about four years ago. Frito-Lay used AI to create champagne vinaigrette and coconut curry flavors for its Australian chip brand Red Rock Deli, as well as the Off the Eaten Path line of healthier chips made from unconventional snack ingredients such as peas. It also recently used analytics to target consumers on the East Coast with its spicy snack brand, Turbos Flamas.

It is now trying to figure out how to use AI to chemically dial up the aroma of its snacks so that people get a strong whiff as soon as they open a bag.

Christine Cioffe, PepsiCo’s senior vice president of sustainability and global snacks research and development, says AI helps the company process data rapidly, while it is most lucrative for the company to seize a trend.

“It looks at it the way a consumer does” by identifying patterns in food consumption that are getting more popular among shoppers, Ms. Cioffe says, adding that AI should help Frito-Lay cut its development process to a third of its current length.

Frito-Lay also is using computer models and predictive analytics to test that certain packaging materials won’t expose snacks to too much oxygen, making them stale, and to modify processing equipment to make the texture of potato chips as appealing as possible.

“We want every potato chip that gets into a bag of Lays to not have any defects,” says Ms. Cioffe.

Ingredients supplier Ingredion Inc., meanwhile, has used AI in the robot it uses to measure texture, which it calls T-Rex, for about 10 years. Tony DeLio, senior vice president of corporate strategy and chief innovation officer at the Stevia maker, says AI has allowed the company to implement up to 15 times more experiments and develop a more comprehensive understanding of the properties of different ingredients. T-Rex can improve the texture of products it helps food manufacturers make by testing different combinations and samples more quickly. For instance, Ingredion consulted T-Rex when it helped a food company make soup products feel more creamy.

“The cost of a lot of technology has been prohibitively high. It’s coming down,” says Mr. DeLio.

Many food makers say they plan to make greater use of artificial intelligence. Approximately 38% of food executives have at least partially implemented AI to monitor their warehouse operations, according to a coming survey by Deloitte LLP. About 18% said they are using AI to build technologies that give consumers access to more product information and recommendations for new ones.

“The cycle of continuous improvement for customer engagement and product will become the norm,” says Barb Renner, vice chairman and U.S. leader of the consumer-products group at Deloitte.

The limits of tech

Even as AI systems spread through the food industry, though, many experts are careful to point out that the systems won’t eliminate the need for humans anytime soon.

Most important, algorithmic suggestions still need human oversight. Last year, for instance, researchers at the Massachusetts Institute of Technology had an AI aggregate hundreds of pizza recipes and generate new ones. But they didn’t just run with the AI’s suggestions, such as a pizza topped with Italian sausage, jam and shrimp. Instead, MIT asked a chef to add final touches to these combinations and make sure they tasted good. The team, which has also tested AI-enabled perfume and graffiti, believes collaborations between humans and algorithms generate the most creative results.

There’s another human element that might trip up AI, other experts warn: subjectivity. “Tastes and what people believe to be good for them can change at any point in time,” says Daniel Neill, associate professor of computer science and public service at New York University.

Robin Lougee, an IBM researcher who works with McCormick, says that, so far, food companies have invested less in artificial intelligence than some other industries in part because taste is so personal and complex.

“The science of flavor is not so well understood,” she says.

Ms. Kang is a Wall Street Journal reporter in Chicago. She can be reached at jaewon.kang@wsj.com.

“You feel the pressure wave of the launch, and it reverberates on the building so you can more sensory evidence that this is going on right now.”