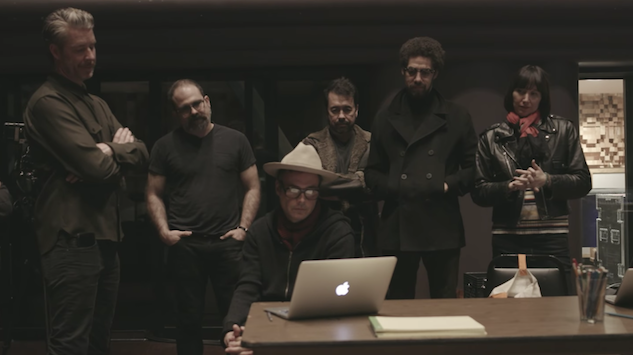 The Lux Prima extravaganza isn’t quite over, folks.

Karen O and Danger Mouse have released a short documentary titled An Encounter with Lux Prima that chronicles the development of the immersive, multi-sensory art installation that accompanied the release of their joint album, Lux Prima, per Variety.

The installation, held at the Marciano Art Foundation in Los Angeles, was an ambitious effort by both artists to create a communal listening experience for the album. With a contoured stone acting as the center of the installation, a 360-degree sound field echoed a mix of the album around the room as images were projected onto the stone to enhance the experience of the soundscape.

On creating the installation, Karen O remarked that she never attempted anything “so ambitious” and “so abstract.”

Check out the Luisa Conlon- and Max Knight-directed documentary short below. You can stream Lux Prima here.