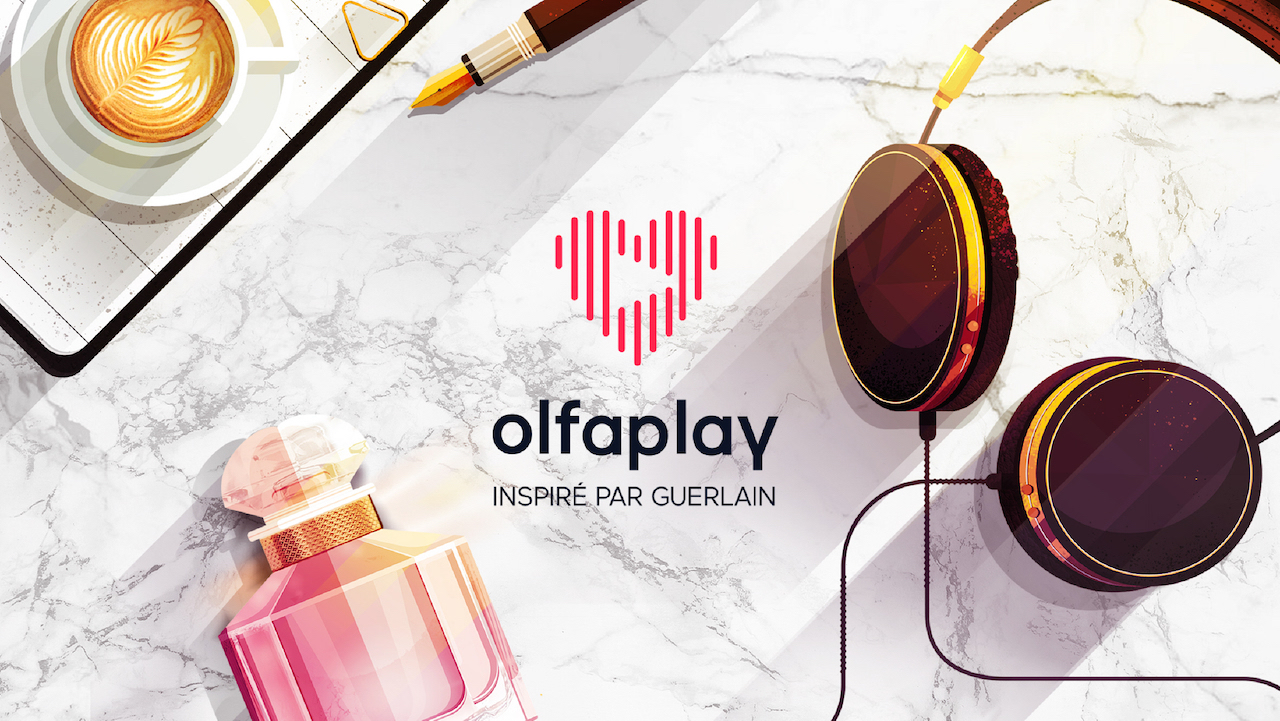 Why beauty brands are creating their own podcasts | Glossy

Though in different segments, Guerlain, Hugo Boss fragrances, New Avon Inc. and feminine and sexual wellness brand Queen V all have something in common: They’ve all launched podcasts in the past 12 months or will this year.

In June 2018, New Avon Inc. launched the first season of its podcast focused on entrepreneurialism, called “Make It Happen: Powered by Avon.” In December 2018, Guerlain launched a podcast platform and app called Olfaplay, focused on fragrances. Hugo Boss fragrances debuted the “Essentials by Boss Bottled” podcast that focuses on wellness on March 30, and on June 10, Queen V will launch the first season of “Spill the V,” which also focuses on women in business.

“There’s a visual saturation [on social media], because everyone is doing the same thing and increasing their digital content,” said Jean Denis Mariani, chief digital officer of Guerlain. “But fragrance is personal. There is no ‘before-and-after’ photo to show, and it’s also a very emotional and [subjective] category. We thought, ‘How can we innovate and disrupt the way we connect with our fragrance customers?’”

Guerlain’s Olfaplay platform, which first launched in France (and in French) before debuting in the U.S. in English earlier this month, is designed to create a community of fragrance lovers. People can listen to eight-minute recordings about guests’ first or favorite memories about scent and also upload their own podcasts about their olfactory memories. Without any marketing campaign, it has so far seen 45,000 streams, 170 community stories and an average engagement of 13 minutes, Mariani said.

Directing listener attention away from the brand and toward topics like olfactory memory, entrepreneurialism and wellness has been at the core of how beauty brands are approaching podcasts. Rather than telling a brand story — the way fashion brands have done — beauty brands are trying to establish an indirect emotional connection with their audience.

“The goal is to educate consumers on fragrance and scent, and also engage, entertain and relax them. Our objective was not to present ourselves as a brand, because it’s important to not be too present,” said Mariani. “You [have] to create this space with the right messaging and engagement, and people have to feel the brand isn’t too present. If you’re there [promoting the brand], they will understand it’s because you’re there to sell something.”

Hugo Boss wanted to look to wellness to engage its male customer in a different way, said Jean Hotzmann, svp of Hugo Boss fragrances at Coty Inc. Hugo Boss found that men are more interested in the topic than ever before and, thus, wanted its fragrance Boss Bottle Infinite, for which the podcast was created, to evoke the same concept of aspirational well-being and optimal health.

“We wanted to talk to [men] about things they care about and things they are interested in. The intention was to create a brand platform that would help us understand men better, and to cater to their needs and beliefs, inspiring them to become better versions of themselves,” said Hotzmann.

For Avon and Queen V, their podcasts are meant to feel empowering by focusing on female entrepreneurialism. Avon’s podcast seeks to engage its existing community and recruit new Avon representatives, while Queen V hopes to connect on an emotional level with its customers by inspiring them through guests’ stories. The first season of Avon’s podcast was hosted by Evy deAngelis, Avon’s director of sales development, and the podcast shares personal stories of Avon’s existing representatives, as well as founders of various small companies. While there was a desire to reach millennials and also recruit new representatives, Avon intentionally held back on overly promoting the brand within the podcast, said deAngelis in a previous interview. In the first six months, the 24-episode season has had 25,000 downloads, which was “more than expected,” said Laurie Ann Goldman, CEO of New Avon Inc. The second season will begin on Aug 5.

“Spill the V,” hosted by Lauren Steinberg, brand founder and CEO of Queen V, features personal stories from Steinberg, as well as stories from guests like a female Hollywood executive and a female app designer in Silicon Valley. Steinberg declined to specify guests’ names.

There is a good reason podcasts are being leveraged as a new marketing tool. First, they’re more popular than ever: At least 40% of Americans who are at least 12 years old — approximately 120 million people — have listened to a podcast at least once. Secondly, they’re the right audience: Twenty-eight percent are millennials ages 18 to 34, according to 2017 data from Edison Research. “Essentials by Boss Bottled” has been downloaded 5,000 times since March 30, and 90% of listeners are repeat listeners, said Hotzmann. Fifteen percent of Guerlain’s Olfaplay visitors are repeats, and the goal is to boost that to 25% by the end of the year, said Mariani.

Another reason podcasts are popular is the low overhead to produce one. All it technically requires are participants, a microphone to record and some editing software (there are free versions available). Guerlain has likely invested the most with Olfaplay. Mariani declined to state exact figures but said the platform launched with less than $100,000. In general, approximately 15% of Mariani’s global budget is allocated to innovative projects like podcasts, he said. Hugo Boss and Avon declined to state investment figures, but Avon has not advertised it. Queen V has made no additional hires, and Steinberg described it as “affordable.”

There is also the potential to do more with podcasts. Guerlain is exploring the opportunity to co-develop a fragrance based on an uploaded personal story from an Olfaplay listener, as well as integrate podcasts into the retail environment. Currently, the brand has in-store opportunities for customers to share their story about fragrance and memory, which is then uploaded to Olfaplay, and every month, there is an in-store Olfaplay event. There, people can test, smell and play games with the brand’s 170 fragrances. Guerlain is also developing a pilot program using a directional speaker, which beams sound to a specific point within a store environment. A visitor to a Guerlain boutique could listen to podcasts from Olfaplay without headphones, for example.

“We are in a test-and-learn approach, which is new for a brand like us. We are acting like a startup and embarking on this new mindset. That’s why we spend so much time with our consumers on this platform,” said Mariani.

Source: Why beauty brands are creating their own podcasts – Glossy