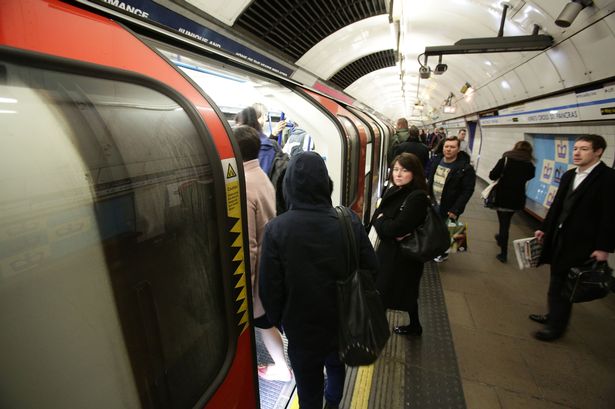 In many ways, it was a simpler time – Emma Bunton, S Club 7 and Destiny’s Child all had number one singles that month. This was when teenagers still used CDs.

On the other hand, there were cutting edge efforts under way to make the London Underground a more pleasant experience for all of us.

One idea sounds mad in 2019, when all we can think about is Brexit and Netflix.

It was to make the Tube smell nicer.

Yes, believe it or not the smell of the London Underground was an important issue in 2001.

People had not just accepted that the Tube’s signature scent is sweaty armpit.

In 2001, there were visionaries who felt there was another way – another odour for commuters.

As with some of the most ambitious ideas, though, things didn’t quite work out as planned.

The plan to give the Tube a new fragrance

Madeleine – that was the name given to a new fragrance unleashed on the Underground.

The plan to freshen up the tunnels and walkways of the Tube was launched on a trial basis on April 23, 2001.

Madeleine was applied to station floors and released by passengers’ footsteps.

It wasn’t simply rolled out across the entire network – we’re British, we like to dip our toes in the water before diving in.

Nevertheless Madeleine did get a run out at some busy locations. A month-long trial was planned at St James’ Park, Euston and Piccadilly Circus.

The chances of success seemed good. The smell was already popular in Paris (where it had been used since 1998) and Hong Kong.

Pierre Nuyens, the perfumier, said he had modified his scent to suit London.

“There are a lot of elements to the Underground,” he explained.

“There’s a mechanical scent, and railway sleepers impregnated with chemicals.

“Other smells I detect from people – perfume, food or sweat.”

The London version of the Paris scent lacked the “heavy woodiness” of the original, Mr Nuyens added.

The scent was described as “a fresh, watery floral bouquet of rose and jasmine, combined with citrus top notes, tiny touches of fruit and herbs, giving way to woody accents and a hint of sweetness in the base”, according to a Guardian report.

But did Madeleine leave commuters happier?

There’s a reason we’re not all wandering around gleefully sniffing the floors on the Tube in 2019.

Reaction at the time was not positive.

Some people called the smell medicinal. Others branded it cheap.

One traveller described it as having a “slightly naff suburban” vibe – of course Central London types don’t want to be reminded of the suburbs, God forbid!

They added, scathingly: “It’s a good idea as long as you use a fragrance that doesn’t make the station smell like a toilet.”

Another passenger said the smell of the Tube was part of its “charm” and the authorities should not have tried to cover it up or mask it.

The BBC did manage to find some fans of Madeleine, who called it “clean and fresh” and also “not too floral”.

But overall the project simply did not win over Londoners.

It was ultimately abandoned after reports of people feeling sick.

Maybe that passenger who embraced the natural smell of the Tube is right, though.

Let’s be proud of London’s magnificent Underground, no matter what it smells like.

We can all just practice holding our breath, right?

Source: How a bid to make the Tube smell nice just made everyone feel sick

I used to try to run five miles every other day, which I worked up to and I was doing it, but I was subjected to my own thoughts for forty minutes without any sensory input, and I couldn’t stand what I thought.