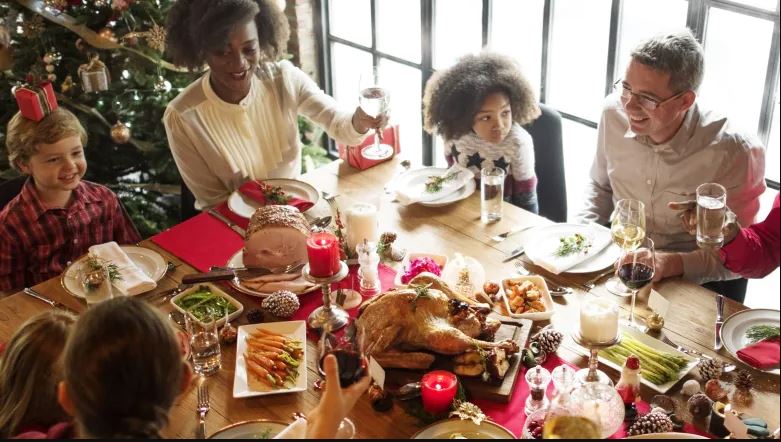 From Christmas pies to Hanukkah latkes and Chinese New Year dumplings, holiday food memories are made to last

The foods we make, and eat, over the holidays can conjure up some of our most profound memories, says Susan Whitbourne, a psychology professor at the University of Massachusetts.

“Looking within the brain, there’s a deep connection between taste, smells, memories and emotions,” she said. “And, you know, food isn’t just about the eating; it’s the preparation.”

Whitbourne said that making food with beloved family elders can build intimacy and connection, and that is why preparing these foods can make you feel “warm and tingly inside.”

Recreating family food rituals can even connect us to loved ones who have passed on.

“I think memorializing those experiences, even in the form of recipes, is really part of the soothing nature of food,” Whitbourne said.

Ron Mapp still runs the farm on his grandfather’s original homestead in Amber Valley, Alta. Over the holidays, he still loves eating the foods his ancestors cultivated when they arrived.

In 1911, Mapp’s great-grandfather, Rev. Henry Sneed, led 194 African-Americans from Oklahoma, Arkansas and Texas to the unincorporated area of Amber Valley, about 160 kilometres north of Edmonton, in search of a life away from U.S. segregation and violence.

Five months after they arrived in Amber Valley, Prime Minister Wilfrid Laurier signed an order-in-council prohibiting Black people from settling in Canada for one year, citing them as “unsuitable to the climate and requirements of Canada.”

Yet, Mapp’s ancestors thrived and formed a tight-knit community.

“My grandmother would sometimes have 25 to 30 people in her house for Christmas dinner. We had turkey with homemade dressing; stuffing with the sage. And you couldn’t wait for the meal to start because you knew the desserts were going to be super great — apple pie made from scratch with the smell of the ice cream melting on it.”

“Made you hungry,” said Mapp.

Today, Mapp continues the holiday meal tradition with his wife, kids and grandkids. Every year, his daughter makes Thanksgiving dinner. For Christmas, they rotate, sometimes eating dinner with his side of the family, sometimes with his wife’s German family.

And you can bet they always have apple pie and ice cream.

Barb Pardy is an Inuk mother and grandmother originally from Labrador who now lives in Dartmouth, N.S.

Every fall, she looks forward to getting a shipment of traditional Inuk foods from home.

“Red berry jam was a very big staple in our lives. And [this last jar], it’s getting pretty low now. So until I get another supply, this is like a bottle of gold,” said Pardy.

“A bottle of fresh Atlantic salmon could stay for a couple of years. I’ve got two bottles. I’m just kind of keeping them for a rainy day kind of thing.”

Pardy has fond memories of eating traditional Inuk foods growing up. Now she does all she can to carry on these traditions with her kids and grandchildren, like using bottled fish and berries in her homemade holiday pies.

“On Christmas, we always had big family meals. It was always wild meat, birds…. [We ate] pies made out of berries that we picked. I used to always get up and have red berry pie for breakfast on Christmas morning. And it’s just as exciting today. It’s a tradition that I can’t let go of.”

Another tradition Pardy loves to continue is Fish Night. Sometime between Christmas Day and New Year’s Day, she invites family and friends over to celebrate with a “smorgasbord” of fish.

Siblings Gail and Peter Fraiberg of Grumans Deli in Calgary can relate to hosting holiday parties with traditional foods. During Hanukkah, they invite family over to play games, spin the dreidel and eat latkes.

The smell of latkes lingering in the house after cooking, for her as a kid, Gail said, was “the biggest treat.”

“It’s beautiful, especially when you wear it on your clothes for the whole day,” said Peter. “And going to school, and all the dogs were chasing you home.”

The deli owners say that making their mother’s fried latke recipe at Hanukkah honours the Jewish tradition of cooking foods in oil to remember the miracle of one night’s worth of oil — used to light the temple the Jews had just reclaimed — lasting eight nights.

For international student Shine Du, dumplings are the special dish that comes to mind when she thinks of her time at home celebrating Chinese New Year in Zhenghzhou, China.

Du, who came to Toronto in 2021 to study radio and media at Humber College, said dumplings were traditionally enjoyed mainly during the Spring Festival in China, a two-week celebration that culminates in Chinese New Year. Now Chinese people can get dumplings year-round, said Du. But her parents are still known back home as dumpling specialists because they take dumpling-making so seriously.

“My mom and my father cook together. They prepare many dumplings. In the past, there were not a lot of supermarkets open during the [two weeks of the] festival, so you needed to prepare many, many foods,” Du said. “I [would] sit on the sofa and watch TV, and my father and my mother, they just cooked in the kitchen or dining room very close to me.

“I really miss the time we spent together,” said Du.

Mincemeat because of the memories

For Natalie Preddie, it is not the holidays without mincemeat pie.

The mixed race travel writer grew up in Toronto with a British mom and a Jamaican dad. Mincemeat pies are a food she learned to love while spending Christmas with her grandparents in Sarnia, Ont.

“When I was a kid, I thought they were disgusting. And I remember going to my grandmother’s house — my mom’s mom — and she would put them in the oven. And you could smell the spices — nutmeg, cloves,” said Preddie.

Over time, not just the smell — but the taste — grew on her.

“So, yeah, now they make me think of my grandmother. They make me think about warmth and family and fireplaces, and coziness. So, you know, eating mince pie, it’s … family time. It’s the holidays. It’s when we’re all going to be together.”