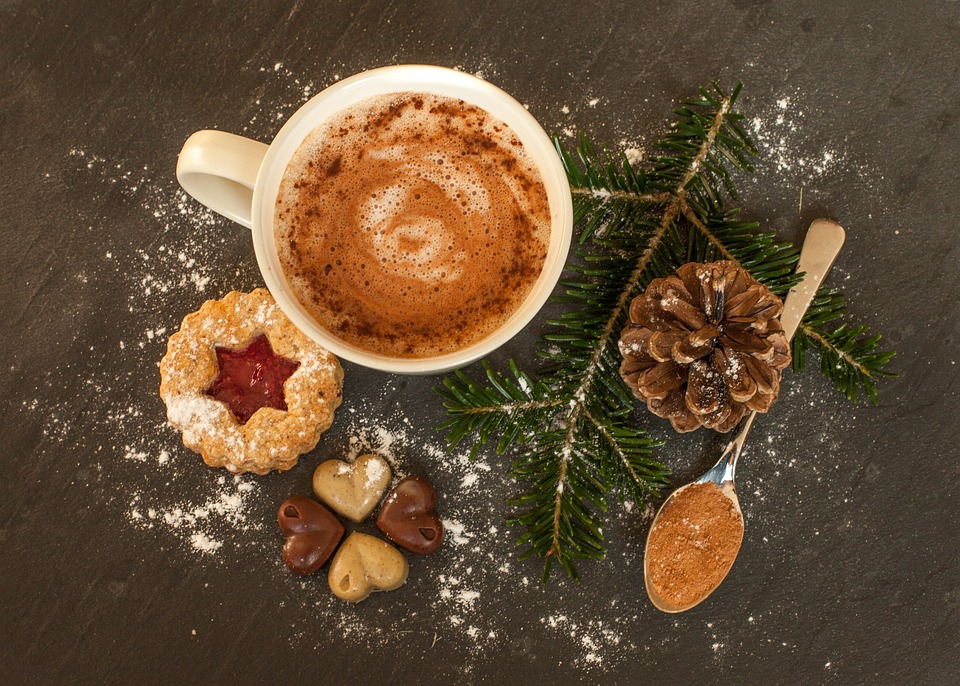 As a visually oriented person, I catalogue experiences through what I take in with my eyes. I am frequently oblivious to the sounds (however they abound), the taste, the smell and the sensation of what’s going on around me and instead focus mainly on what’s in my line of vision. Shallow as it sounds, that’s how it happens because that’s how I’m wired.

But all that changes at Christmastime, when different senses start registering involuntarily and demanding my attention. The result is much more interesting — especially with what’s out there to smell this time of year. Everything evergreen gets my attention by stimulating my olfactory receptors. I love the smell of pine, even the smell of fake pine that’s produced by candles, air fresheners and tree sprays.

Of course, similar seasonal-stimulating smells may be achieved through similar methods, but using sweeter holiday smells, such as gingerbread — or cinnamon-scented ones. There’s no scents that appeal to the senses more than those of a home that has holiday cooking and baking happening. Along those lines, a couple of my favorite smells are related not to cookie baking aromas, but to seasonal snacks my maternal grandmother was locally famous for making and giving away to friends and family.

First comes caramel corn. I would help Grandma Kate stove-pop huge batches of popcorn. Later, on my own, I’d usually use an air popper to make the recipe healthier, but Grandma was a purist and insisted on the stovetop-popping method. Next, she’d put the popped corn in roasters, over which she’d drizzle a special boiling caramel syrup concoction made to fizz up like lava from a volcano following stirring in last-minute a small measure of baking soda. Accidentally getting some of the syrup splattered on your hands or wrists helped you fully appreciate my allusion to its molten properties.

Then it was time to race the clock. A huge burst of speed and energy was required to stir the syrup into all of the popcorn in our respective roasters to ensure it got evenly coated before the caramel began to harden, which took roughly 60 seconds. Not beating the clock meant game over and an inferior final product.

We would put the topless roasters of caramel-coated popcorn into the oven at a low temperature and take them out periodically to stir the whole sticky mess, ending with finally allowing the caramel to harden. The smell of the caramel coating permeated the whole house. For me, it served as the scent of holiday spirit.

Those roasters of Grandma’s saw a lot of November through January action, from cooking turkey and ham, to making the above caramel corn and Nuts & Bolts, a salty treat our family strongly associates with New Year’s Eves past.

In case you are wondering, “Nuts and Bolts” were early on named after the Cheerios (nuts) and pretzel sticks (bolts) that constituted a large part of the multi-product combination snack — before the cereal company decided to change the recipe’s name to “Chex Party Mix.”

Please note, the cereal maker was not the only entity to put its own twist on the snack. Our family goosed the original recipe of Cheerios, Chex, pretzels and peanuts to include potato sticks, cheese balls, Cheez-Its, Triscuits and mixed nuts.

After you stir these items together in a roaster, you drizzle over everything a seasoned sauce containing butter, garlic salt and Worcestershire sauce, among other things, then put the Nuts & Bolts in the oven on low heat to bake in the unique flavoring.

There’s no time battle to be fought with Nuts & Bolts, but the prevention of people cherry-picking certain, preferred snack items from the finished product requires a certain amount of policing. “Hey, quit snatching the Triscuits!” or “Pick out any more of those cheese balls and I’ll break your arm!” are the kind of things you sometimes overhear (or say) when Nuts & Bolts are served at family functions.

There’s nothing as aromatic as having the scent of a seasoned butter sauce and multiple snack foods wafting through your home as you bake the party mix. Maybe Glade should capture it and caramel corn in air freshener form. Good for a between-holidays spiritual pick-me-up!