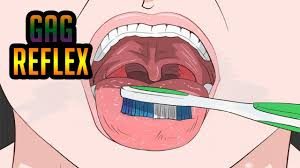 Eating is a multi-sensory experience. What food looks like, how it smells, the sounds heard while they are cooking and wonderful textures all combine to create a positive relationship with food. But even before food is tasted and enjoyed, there can be several hurdles in the way making it difficult for some to see eating as a positive event.

Children diagnosed with sensory issues, most specifically Sensory Processing Disorder (SPD), aren’t able to enjoy eating as much as the rest of us do. Eating issues are multi-dimensional. In addition to sensory defensiveness (mostly in the olfactory, gustatory and tactile systems), the action of eating can be interfered with due to other unseen issues such as:

An occupational therapist (OT) specifically trained in treating children with SPD and sensory issues will help parents understand that it’s not as simple as putting the food on the plate and saying, “EAT!”. The child literally has to learn the mechanics of eating from tolerating the food on his plate to keeping it in his mouth to teaching him what to do with it once it’s in there and all of the tiny steps involved leading up to swallowing.

A good place start is working directly on the gag reflex. If the child can push back his reflexogenic zone (the area that triggers the gagging), he can then work on what to do with the food in his mouth. For most of us, that reflexogenic zone is right at the back of the mouth. For many children with SPD, it’s right in the front of the mouth which is why gagging occurs when he simply puts food with a texture heavier than apple sauce in his mouth. To assist with this, OTs have a great gag desensitization activity called, ‘The Tongue Jumping Game’.

First, the OT locates the child’s gag zone so she knows where to begin and move past from. By using a finger, the base of a kiddie toothbrush, spoon or small toy, pressure is pressed onto the front of the tongue, moving back slowly until a gag reflex occurs. This is the area you’d do the activity in, moving back just a tiny bit each time as tolerated.

Tip: This may be a challenge for a child whose gag sensitivity is so high, he gags just having anything near his mouth. If that’s the situation, the activity would begin just outside his mouth.

Once this spot is found, the OT ‘jumps’ with the finger (or whichever of the above suggestions chosen) in that spot up to 10 times. The point of this exercise is to push the gag-sensitive area to the back ¼ of the tongue. It make take a long time so patience is needed. Never force progress by moving too quickly as it may result in having to start from the beginning.

Important: A child who also has tactile issues requires the right amount of pressure on the tongue or he’ll gag simply from the lighter touch.

Here are some tips parents can try while doing the activity at home:

The most important thing to do while doing this exercise is to give tons of praise and positive feedback. As with any exercise, a child might be uncomfortable and, possibly, scared at first. After all, they’re being introduced to sensations they normally actively avoid. But after a while, with parents’ love, support and guidance, the child’s brain will make the neural connections to understand the sensation and it will become automatic.

I drink to separate my body from my soul.