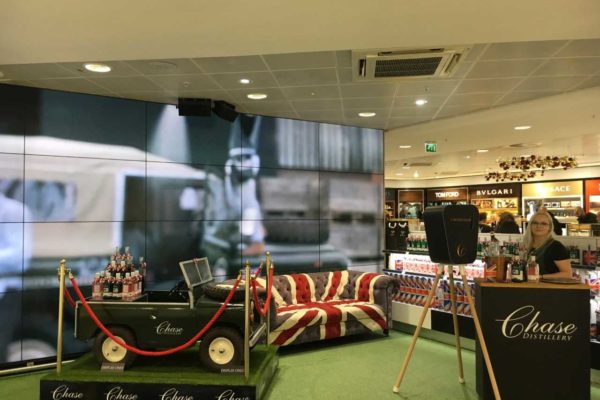 The activation, which started in October and will run until 20 November, invites travellers to take a virtual multi-sensory stroll through the English countryside. Or, alternatively, take a selfie on the Chase Union Jack sofa where Chase bottles can be personalised.

The promotion highlights the brand’s craft expressions and Chase Distillery’s own farm-based spirit (and spirits). 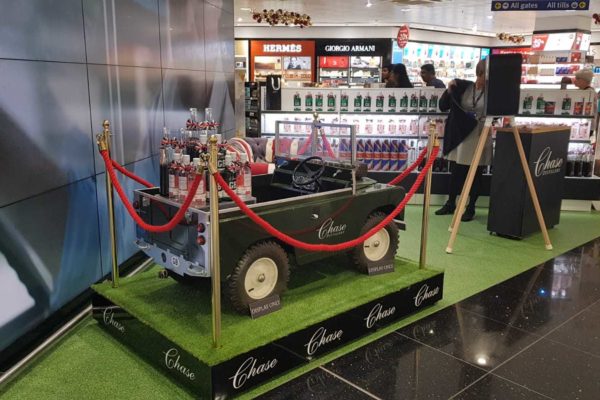 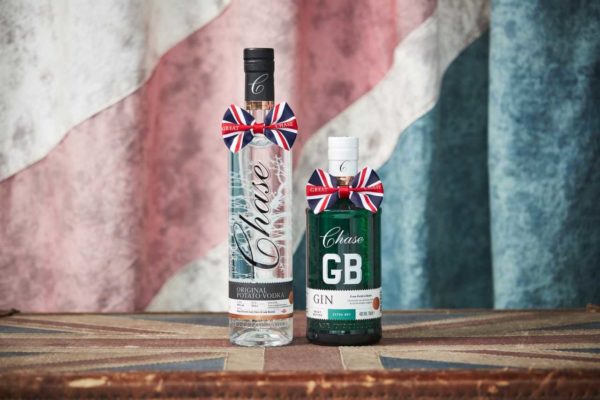 Proud to be British: Chase Distillery spotlights its UK roots and its new Pink Grapefruit & Pomelo gin (below) in the British Field to Bottle Campaign. 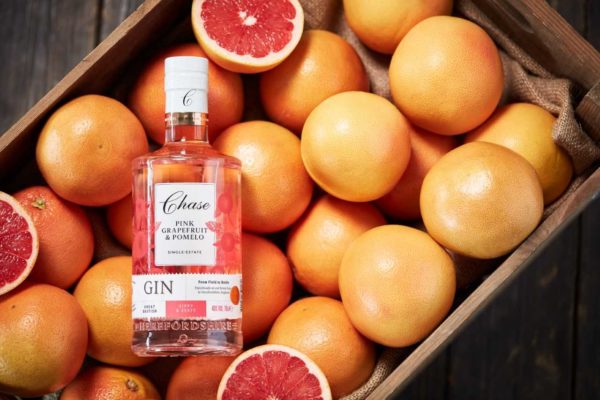 Chase Distillery Global Commercial Director Andrew Carter commented: “Chase brands have built some exciting momentum in global travel retail. We are delighted to launch our British Field to Bottle campaign with our partners Dufry before rolling out into the channel in 2019.”

Chase Distillery is a family-owned, single-estate distillery that has been creating premium spirits since 2008 from the produce grown on its Herefordshire farm.