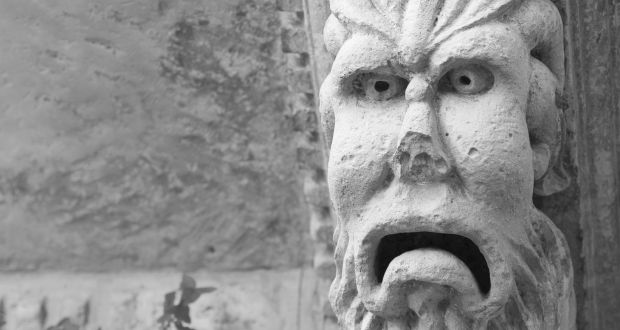 Has your sense of smell changed recently? | Irish Times

By msensory team26/02/2020No Comments
Broken nose: While there is no ready cure for anosmia, a technique called ‘smell training’ has had some success. Photograph: iStock
Have you noticed your sense of smell isn’t as sharp in recent weeks? Are you now able to drive past the local dump without holding your nose, have your socks lost their potent odour after football training or has that lovely smell of morning coffee disappeared?

If so, you have developed anosmia, the medical name for losing the sense of smell. And while not in the same league as losing your sight, losing senses such as touch, taste and smell cannot be shrugged at.

The reason I asked if your loss of smell had occurred in recent weeks is that we are in the middle of flu and virus season, which can trigger a (usually) temporary bout of anosmia. Nasal congestion from a cold, allergy or sinus infection is the most common cause of anosmia.

Other reasons for losing a sense of smell, which affects about 5 per cent of the population, include head trauma, nasal polyps and surgery. It is rarely a congenital phenomenon. It can be a side-effect of medication and is also associated with Alzheimer’s disease.

Odours are detected by smell cells in the nose. They then travel to an area at the very front of the brain, in the temporal lobe, called the olfactory bulb. It processes and absorbs the smell signals, before sending them on to the amygdala, the hippocampus and the frontal cortex. These areas of the brain are also involved in higher processing, such as memory and emotion.

A recently published study from the University of East Anglia shows how loss of smell affects many aspects of our lives – from everyday concerns about personal hygiene to a loss of sexual intimacy and the break-down of relationships.

Prof Carl Philpott, of Norwich Medical School, and lead author of Smell and Taste Disorders: A Qualitative Review, published in the journal Clinical Otolaryngology, said: “Previous research has shown that people who have lost their sense of smell also report high rates of depression, anxiety, isolation and relationship difficulties. We wanted to find out more about how a loss of smell affects people.”

The research involved 71 participants aged 31-80 who attend the Smell and Taste Clinic at the James Paget University Hospital. One of the major issues identified was in the area of hazard perception: not being able to smell food that had gone off, or not being able to smell gas or smoke. This had resulted in serious near-misses for some. Of course smell is not just a life-saving sense – it is also life-enhancing. A number of the participants no longer enjoyed eating, and some had lost appetite and weight. Others were eating more food with low nutritional value that was high in fat, salt and sugar, and had consequently gained weight.

The inability to link smells to happy memories was also a problem, Prof Philpott noted. “Bonfire night, Christmas smells, perfumes and people – all gone. Smells link us to people, places and emotional experiences. And people who have lost their sense of smell miss out on all those memories that smell can evoke.”

Personal hygiene also emerged as a cause for anxiety and embarrassment, because the participants couldn’t smell themselves. And parents of young children couldn’t tell when their nappies needed to be changed. One mother had difficulty bonding with her new baby because she couldn’t smell him.

While there is no ready cure for anosmia – no “glasses for the nose” – a technique called “smell training” has had some success. Proponents believe that systematically exercising the olfactory nerve cells stimulates their growth and repair.

If you have developed anosmia after a recent viral infection, the good news is that it is usually temporary. Some people develop parosmia (an inability to properly identify a smell) during the early stages of recovery. But you should be able to stop and smell the roses again soon.

Source: Has your sense of smell changed recently?

Beauty is an ecstasy; it is as simple as hunger. There is really nothing to be said about it. It is like the perfume of a rose: you can smell it and that is all.