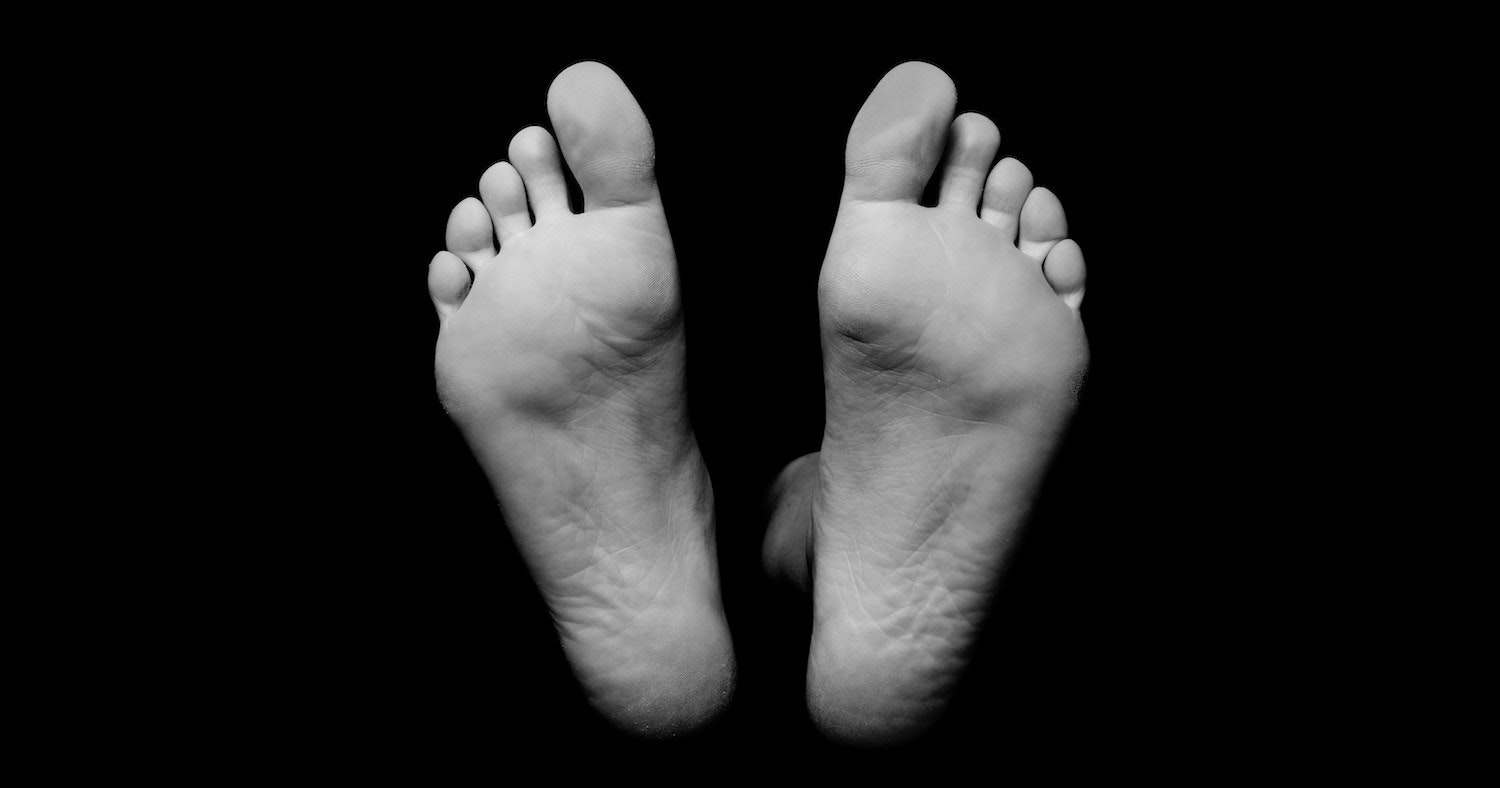 Foot painters’ toes mapped like fingers in the brain | Cosmos

A study of two British foot painters, both born without arms because their pregnant mums were given Thalidomide, has shown a part of their brains usually devoted to finger activity has been repurposed to help out the toes.

The finding adds to the growing literature on neuroplasticity – the brain’s dramatic ability to forge new connections well into the lifespan – and will be leveraged in future research to see if robotic limb prostheses become represented in the brain in a similar way.

The stars of the study are Tom Yendell, a Hampshire-based batik artist, and Peter Longstaff, a former pig farmer whose disability forced him to drive his tractor barefoot in the Norfolk winter, but who now paints the snowy scenes instead.

Both artists paint with a brush held between their toes.

A team led by Daan Wesselink from the Institute of Cognitive Neuroscience at University College London (UCL) in the UK, used ultra-high-resolution MRI scans to examine the pair’s brain responses to having their toes tapped.

In this type of scan, the brain area responsible for sensing a body part lights up when it is stimulated. Repeat that everywhere and you end up with a sensory map of the entire body that can be sketched as a little person superimposed on the brain.

Unlike the duo’s art, however, it is not a pretty sight.

The homunculus, as it is called, looks like a misshapen hobgoblin hanging backwards by its toes from the brain’s longitudinal fissure, the mini-canyon that divides the two hemispheres.

Its unpleasant appearance is dictated by the sensory demands of each body part. Areas rich in sensing nerves – hands, lips and tongue – get top billing. They requisition a bigger part of the brain cortex and give the little monster oversized mitts and bulging lips.

The lopsidedness gets extreme when you compare fingers and toes.

“For almost all people, each of our fingers is represented by its own little section of the brain, while there’s no distinction between brain areas for each of our toes,” says the study’s lead author Daan Wesselink.

Which is where monkeys have a decided jump on us.

“In other non-human primate species, who regularly use their toes for dextrous tasks like climbing, both the toes and fingers are specifically represented in their brains,” says Wesselink.

It’s not clear, though, just how deep the human-monkey divide is. The authors think humans might start with toe maps that shrivel because we stick our feet in closed shoes. Or perhaps we have a latent ability to make toe maps that is never realised, for the same reason.

Either way, Yendell and Longstaff, who also use their feet to manipulate cutlery, write and type on the computer, displayed distinct toe maps on MRI.

When the toes of their painting foot were tapped (they use the other foot as a stabiliser) the scans showed clearly separate brain areas for four of the five digits. The sensory map for their feet had also invaded the brain region that would usually represent the hand.

“The body maps we have in our brains are not necessarily fixed – it appears as such because they are very consistent across almost all people, but that’s just because most people behave very similarly,” says co-author Harriet Dempsey-Jones, also from UCL.

The new world of brain machine interfaces, where people can use their thoughts to control a robotic arm, for example, raises questions about how the prostheses will come to be mapped on the human brain. It’s something the team aims to explore in future research.

“Whether it’s the hand or toe, or any body part, we want to understand more about how the brain copes with these different types of changes,” says Dempsey-Jones.

“Mapping out finger and toe activity in the brain can help advance brain-machine interface technology where the brain learns how to control each digit of a prosthetic.”

The study appears in the journal Cell Reports.