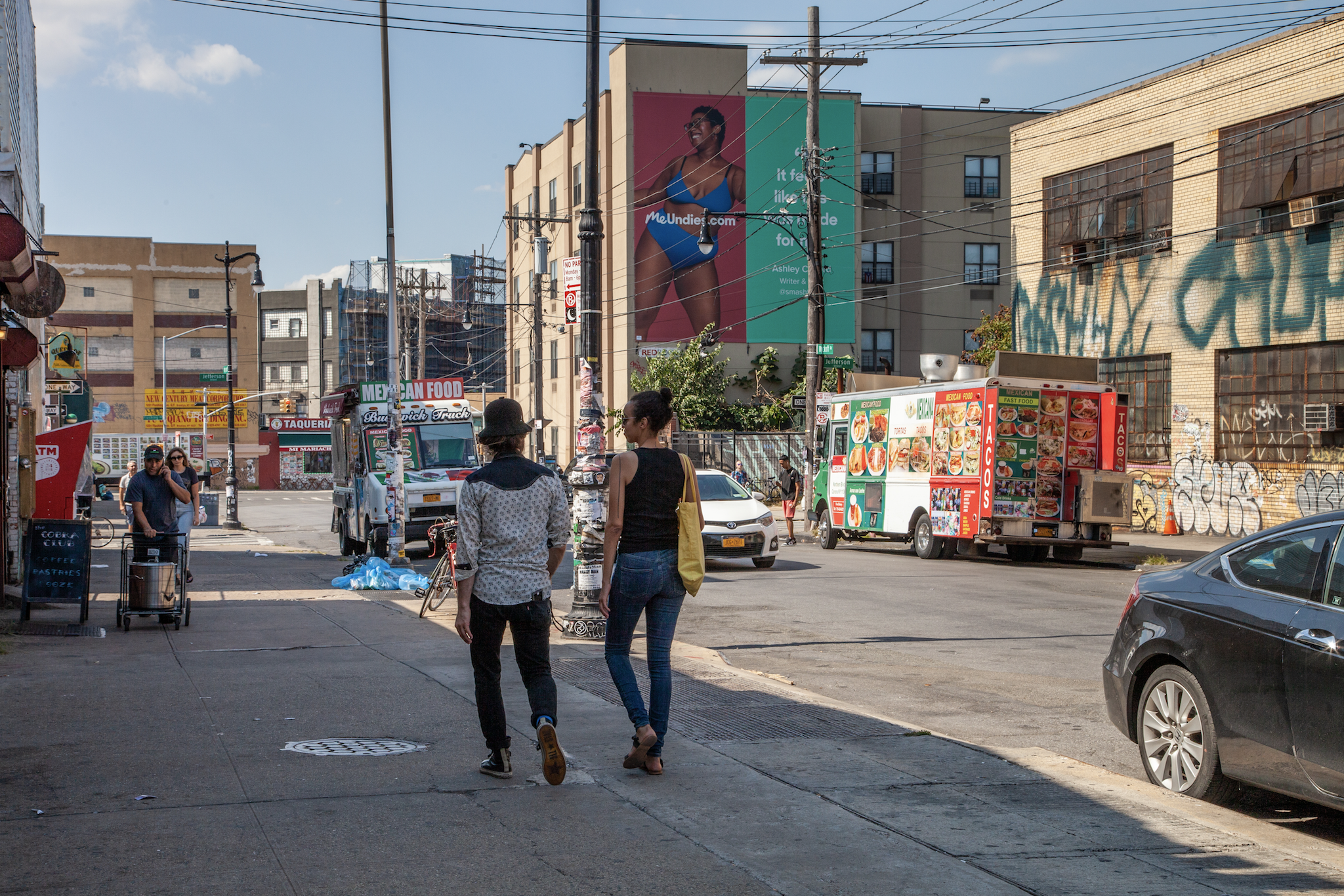 By msensory team25/09/2019No Comments
Ever wondered what Bushwick would smell like if it was perfume?A new exhibition launching on October 22nd at the music venue Elsewhere will feature the work of Marissa Zappas, a Brooklyn-based perfumer who is a year-long artist-in-residence, crafting ethereal scents inspired by the space’s seasonal programming. Though there is not much to see in her installation save for a diffuser, the room will be scented with ingredients like jasmine, mushroom fleuressence and myrrh. (Not exactly the sweat and Juul smoke you may have imagined.)
“The essence of Bushwick is already reflected within the Elsewhere space… spilled alcohol, sweat, a mishmash of trendy perfumes, perhaps even a little sewage, just really primal… it’s a dance club, after all. For the fall installation I really embraced what in perfumery we refer to as ‘repulsive’ or ‘animalic’ notes,” says Zappas, who has worked at a commercial perfume lab and has been creating a private collection of olfactory art for the past two years. “For the Fall installation at Elsewhere, the art in general is darker and more sensual compared to summer, so I wanted to create a scent which reflected that. I’m interested in how life transforms at night, particularly through smell.”

The exhibition will run in the space until January 15th 2020 and is curated by Molly Surno, the art director behind Elsewhere’s creative gallery model called Landscape, where shows are subsidized through the club’s ticket sales.

“Jasmine oil naturally contains indole, which is also found in other white flowers as well as feces, so I just amped up the indole component. Also, I frequently notice orange rind in trash cans around Bushwick, and so I used a lot of orange oil mixed with some animalic notes to add a decaying orange rind note,” says Zappas. She urges that the resulting effect, however bizarre, is pleasant and floral. In 2020, Zappas will launch a scented bubble bath that concert goers can buy at Elsewhere (perhaps the world’s first-ever signature scent for a concert venue) which should be perfect for washing off the grime from a night out at the club. The project is reminiscent of artist Anicka Yi’s 2017 Guggenheim show called Life is Cheap, which Time Out New York’s art critic, awarded four stars.

Across the bridge in Manhattan, artist Jennifer Rubell will also debut a scent-based work next month. Hers will be on view on October 4th-6th at Tribeca’s Spring Studios. The piece, a film called Happy Birthday (2019), will have a complimentary aroma that smells like smoke from birthday candles. The artist, who is the daughter of the art collectors behind the Rubell Family Collection, has made a name for herself with her participatory food-based performances using edible materials such as chocolate and cotton candy. The immersive exhibition is curated by Kreëmart for Mastercard; guaranteed tickets to the immersive experience can reserved in advance.

It seems New York has an immersive pop-up for everything these days: From one highlighting the harsh realities of climate change to the Museum of Ice Cream. These olfactory experiences, however, mark the experiential art movement’s evolution in to smell art. Perhaps Smell-o-Vision is less of a distant dream than we may have thought.

Source: Elsewhere’s new immersive art show will be focused on smells of Bushwick