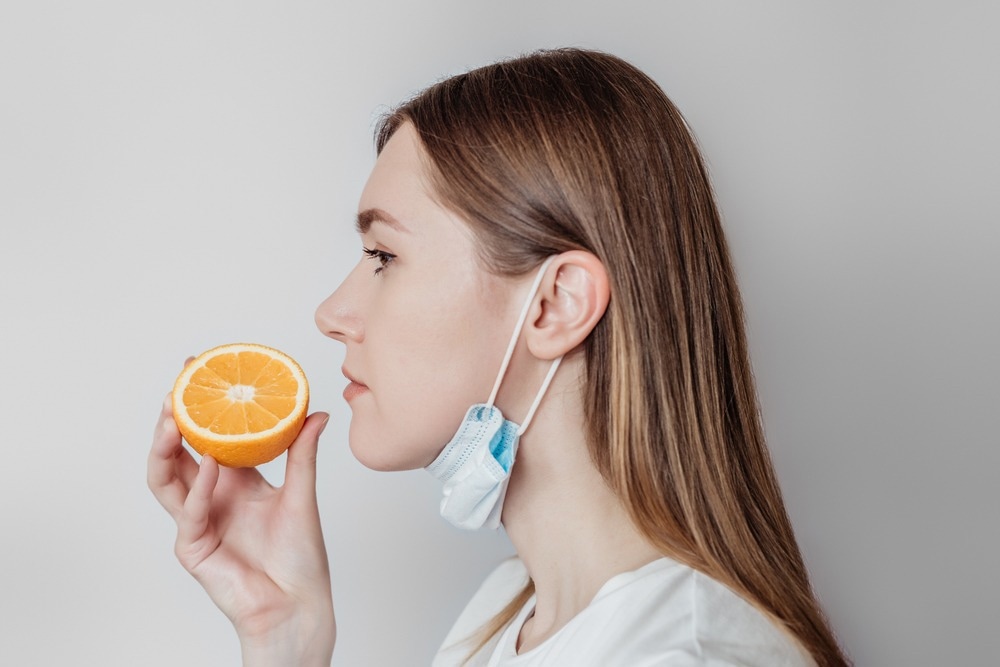 Olfactory loss after viral infections accounts for 19–43% of all chronic olfactory loss cases. It has been linked to other detrimental outcomes, including the inability to detect harmful odors such as spoilt food and smoke, as well as weight loss and depression. The COVID-19 pandemic has resulted in a surge in cases of olfactory loss, as anosmia is one of the predominant and persistent symptoms of severe acute respiratory syndrome coronavirus 2 (SARS-CoV-2) infections.

Although studies have shown that olfactory neurological pathways are plastic and patients with olfactory loss can recover their central and peripheral olfactory senses, the success of pharmacological interventions in restoring the sense of smell has been low. Olfactory training with varying odors and concentrations of scents over extended periods has been suggested as a treatment method for post-viral olfactory loss.

Furthermore, dual-sensory training involving both vision and olfaction could be potentially beneficial in restoring the olfactory senses, especially using scents that are preferred by the patients.

In the present study, the researchers used a bimodal sensory training approach using visual and olfactory stimulation in a single-blinded randomized trial. Based on a screening survey, adults between the ages of 18 and 71 with olfactory loss were recruited for the study from 41 states in the United States. The olfactory loss was defined based on a smell identification test score of less than 34 and 35 for male and female patients, respectively, for three or more months beginning two weeks after a SARS-CoV-2 infection.

Participants who had olfactory loss due to a head injury, had chronic rhinosinusitis, neurogenerative disorders such as Parkinson’s and Alzheimer’s, pregnancy, congenital olfactory loss, received previous olfactory training, were unable to read, write, or comprehend English, or did not have access to the internet were excluded from the study.

The participants were randomly assigned to one of four interventions based on combinations of unimodal or bimodal training using patient or physician-preferred scents. Individuals assigned to the patient-preferred scent cohort were given a choice of 24 scents spanning citrus, earth, fruity, floral, mint, and spice categories and asked to select any four, while physician-selected scents included clove, eucalyptus, lemon, and rose.

The participants were asked to sniff cotton pads soaked with the selected four odors twice daily for 15 seconds, interspersed by a 30-second break between different scents for a period of three months. Participants in the bimodal training cohorts were also shown images of the essential oils they were sniffing.

Demographic information collected from the participants included age, sex, ethnicity, and race. The self-administered preintervention and postintervention assessments comprised the University of Pennsylvania’s smell identification test (UPSIT), Olfactory Dysfunction Outcomes Rating, and Clinical Global Impressions Severity and Improvement, which measured the ability to identify smells, the severity of olfactory loss, improvement in olfactory abilities, and the effect of olfactory loss on the quality of life.

The results reported that the change in the smell identification test scores between preintervention and post-intervention did not show any significant difference across the four cohorts irrespective of patient or physician-selected scents or unimodal or bimodal training. However, compared to the control group, where participants were not subjected to olfactory training, all four groups showed olfactory improvement over time.

The authors believe that the study corroborates the findings from other studies that olfactory training is beneficial to patients with anosmia, and while not conclusive, bimodal training using visual and olfactory stimuli might have added benefits. No notable differences in effectiveness were noted in terms of patient vs. physician selection of scents. Additionally, the four physician-assigned scents — clove, eucalyptus, lemon, and rose — were also among the most selected scents by the patients, showing a preference for conventional odors.