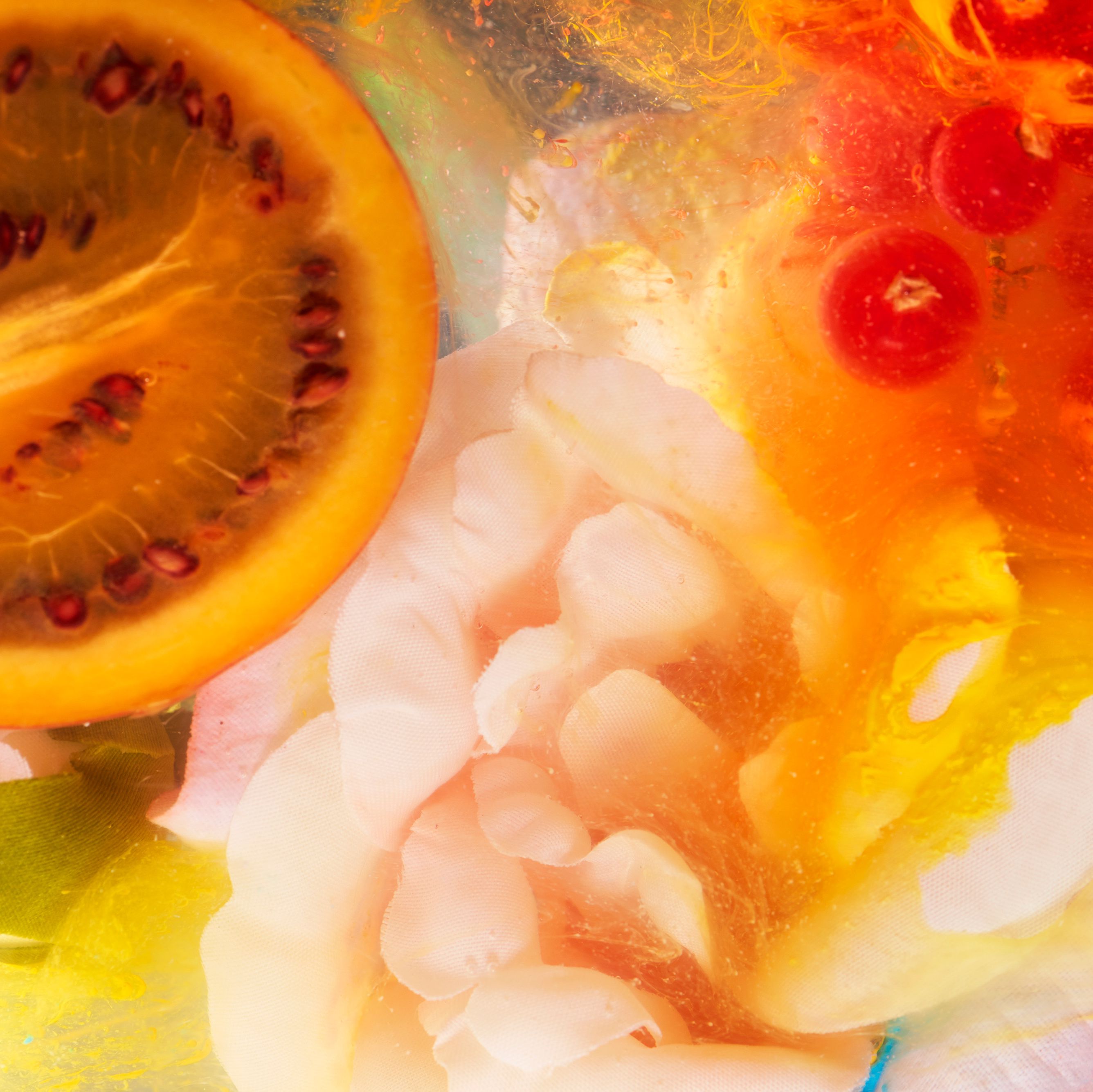 Should you have any doubt that we’re living in particularly tense times, know this: A 2018 poll conducted by the American Psychiatric Association revealed that 56 percent of Americans were anxious about the impact politics have on their lives, and 68 percent were worried about their ability to keep themselves and their families safe. As a nation, it’s clear we’re burned-out, bummed out, and in need of a time-out.

It’s no coincidence that the compass of the zeitgeist has swiveled toward self-care. In hopes of finding something—anything—that will bring us some chill, we’re openly embracing wellness modalities previously regarded with a touch (or more) of skepticism: We’re waving around smudge sticks to “clear” our energy, hoarding hunks of rose quartz, and quaffing CBD coffee during our morning commutes. As we barrel toward the ultrafuturistic-sounding year 2020, we’re also tapping into one of humanity’s OG healing traditions, aromatherapy, with renewed enthusiasm.

Over the millennia, the inhalation or application of potent-smelling plant extracts has been used to ease everything from muscle aches to migraines to mental malaise. Although the word aromatherapy wasn’t used regularly until 1937, when French chemist René-Maurice Gattefossé wrote the book on it (Gattefossé’s Aromatherapy), Kerri Nau, an educator for the British company Aromatherapy Associates, notes, “Archaeologists have discovered fragments of terra-cotta vessels used to cultivate floral waters for therapeutic purposes that date back as far as 3,000 B.C.”

Today’s resurgence, says Kurt Schnaubelt, who has a Ph.D. in chemistry and is the founder and scientific director of the Pacific Institute of Aromatherapy, is due to the fact that “there’s more acceptance and more data” than there was when aromatherapy products first gained mainstream traction in the 1980s. (The Internet has probably helped a bit too.)

The claims haven’t changed in decades—lavender summons the sandman; peppermint peps you up—but modern manifestations are decidedly more luxe than those amber bottles at the health-food store. Schnaubelt recently helped develop three therapeutic fragrance oils for True Botanicals that look and smell more like the eaux de parfum you’d find at Barneys than elixirs you’d see at Whole Foods: Immune Boost, with ingredients such as bay-laurel and ginger oils; Muscle Release, with Roman chamomile and clary-sage oils; and Stress Relief, with tarragon and frankincense oils.

It’s no coincidence that the compass of the zeitgeist has swiveled toward self-care.

But let’s take a step back for a second. Does this stuff actually work? The scientific consensus is…well, there is no consensus. Something significant happens in the brain when we smell aromas; that much is proven. The olfactory bulb sends information to the amygdala, which is involved with experiencing emotions, and the hippocampus, the memory center. That’s why a whiff of blackberry jam can send you straight back to your grandmother’s kitchen or walking through a miasma of Axe can make you sentimental about that guy from high school.

Electroencephalogram tests have shown that brain waves change in response to different smells and what we sniff can affect the central nervous system and even alter mood. For example, research conducted by scientists from Ohio State and Penn State universities showed that inhaling lemon oil boosted subjects’ norepinephrine release and enhanced positive feelings. There’s also evidence that smelling particular essential oils can lower blood pressure. (Several studies have shown ylang-ylang is one.) What’s harder to quantify is whether or not a specific scent can reliably trigger a physiological benefit or conjure the same specific emotion for everyone—and if it can do so when combined with other aromas, as in a fine fragrance.

“Most of the studies that are out there don’t have adequate controls, and the ones that do are very small,” says Pamela Dalton, a cognitive psychologist and faculty member at the Monell Chemical Senses Center in Philadelphia. Part of the problem is that human responses to scent are modified by personal preference and preconceptions about what a particular aroma is supposed to do. Take lavender: A 2018 study on mice showed that inhaling the scent had a calming effect similar to that of Valium, Dalton says. “Mice haven’t seen the advertising. They’re not getting the hype about lavender. So if it makes them move less and seem more tranquil and it changes certain things about their neurotransmitters, then that’s a true effect,” she says. But if a company makes a perfume with lavender that’s supposed to be relaxing, it may not work for, say, someone who once had a horrible teacher who wore lavender oil or who simply dislikes the herb. “Even if there are direct physical effects, they seem to be overshadowed by whether or not a person likes the scent,” says Dalton.

That said, a good perfume is a good perfume, and if it includes beneficial natural oils, there’s bound to be people who have a positive reaction to it. Nutritional wellness brand the Nue Co. is betting on that with its new unisex scent, Functional Fragrance. This is no mere mélange of essential oils; it’s a sophisticated eau de parfum by perfumer Frank Voelkl (the nose who created Le Labo’s ubiquitous Santal 33 and codeveloped Glossier’s You). Behind the sparkling top notes of green cardamom and iris, and a gorgeously warm base of palo santo and cedarwood, there’s real science: The blend was designed using the findings of a five-year study conducted at the Brain and Behavior Laboratory, University of Geneva, that explored how people around the world respond mentally and physically to different odors. “The research showed that woody notes tie back to relaxation for most people, specifically the idea of relaxation from the outdoors—like the Japanese notion of forest bathing,” says the founder of the Nue Co., Jules Miller. “We also incorporated a musk, because destressing is linked to the primal emotion of feeling safe, and there are notes of musk in breast milk.”

Fragrance was about the seduction game, but… we also wear it for ourselves.

Valeur Absolue’s fine fragrances are augmented with natural additives. Sérénitude, a rose-based perfume with relaxing essential oils of sandalwood and patchouli, contains manganese, potassium, and immortelle-flower extract, said to stimulate the release of beta endorphins, which help us cope with stress and pain. (Each bottle also houses a tiny collection of Amazonite stones, a crystal-shop staple, because—well, you never know.)

These are some of the first, but we’re sure to see more scents with benefits soon. The global fragrance house Firmenich, which developed the Nue Co.’s Functional Fragrance and partnered with the University of Geneva in the study, has many other clients. (It’s worked with brands such as Ralph Lauren and Giorgio Armani in the past.) Givaudan, which has made perfumes for Yves Saint Laurent and Tom Ford, recently introduced a patent-pending technology called DreamScentz to develop sleep-optimizing fragrance blends that may be funneled into future “wellness perfumes.” And there are hints of aromatherapy in other launches: Clinique recently introduced My Happy, a collection of six scents based on crowd-sourced data about aromas that triggered people’s happiest memories, and Dior’s newest offering, Joy, is an olfactory expression of that giddy emotion and has notes of mandarin and bergamot. (Citruses have a long-standing reputation as mood boosters.)

full article can be found below…