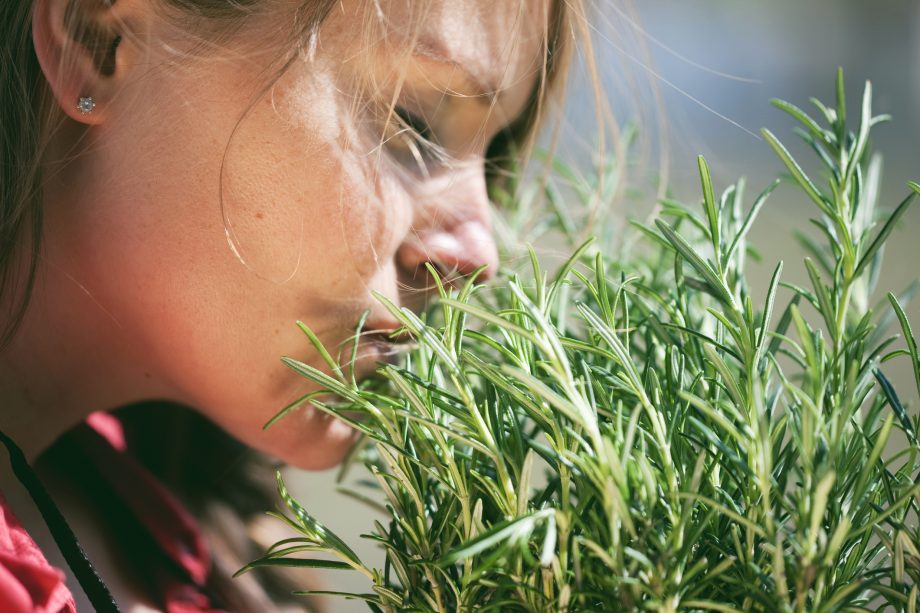 Curious Questions: Why is smell the most evocative of our senses, ‘primal, unconscious and instantaneous, capable of stopping a person dead in their tracks’?

Tom Parker Bowles delves into the mysteries of our ability to smell — and ponders what is the best smell of all.

It started, as so many things do, with a roasted grouse. Harold McGee, the genial, self-effacing author of culinary classic On Food and Cooking, had been in London to meet up with Heston Blumenthal. ‘It was a fascinating couple of weeks,’ he says from his home in San Francisco. But, despite varied adventures with the culinary avant-garde, the lunch that he remembered most was his first grouse at St John, that white-walled temple to carnivorous delight in East London.

‘I expected to enjoy it,’ he writes in his latest book, Nose Dive, a scintillating ‘Field Guide to the World’s Smells’. But he didn’t expect that first bite to leave him speechless. ‘I was completely absorbed, first by intense sensation — a meatiness that was almost too strong to be pleasant, and edged with bitterness — and then by confused emotion.’ 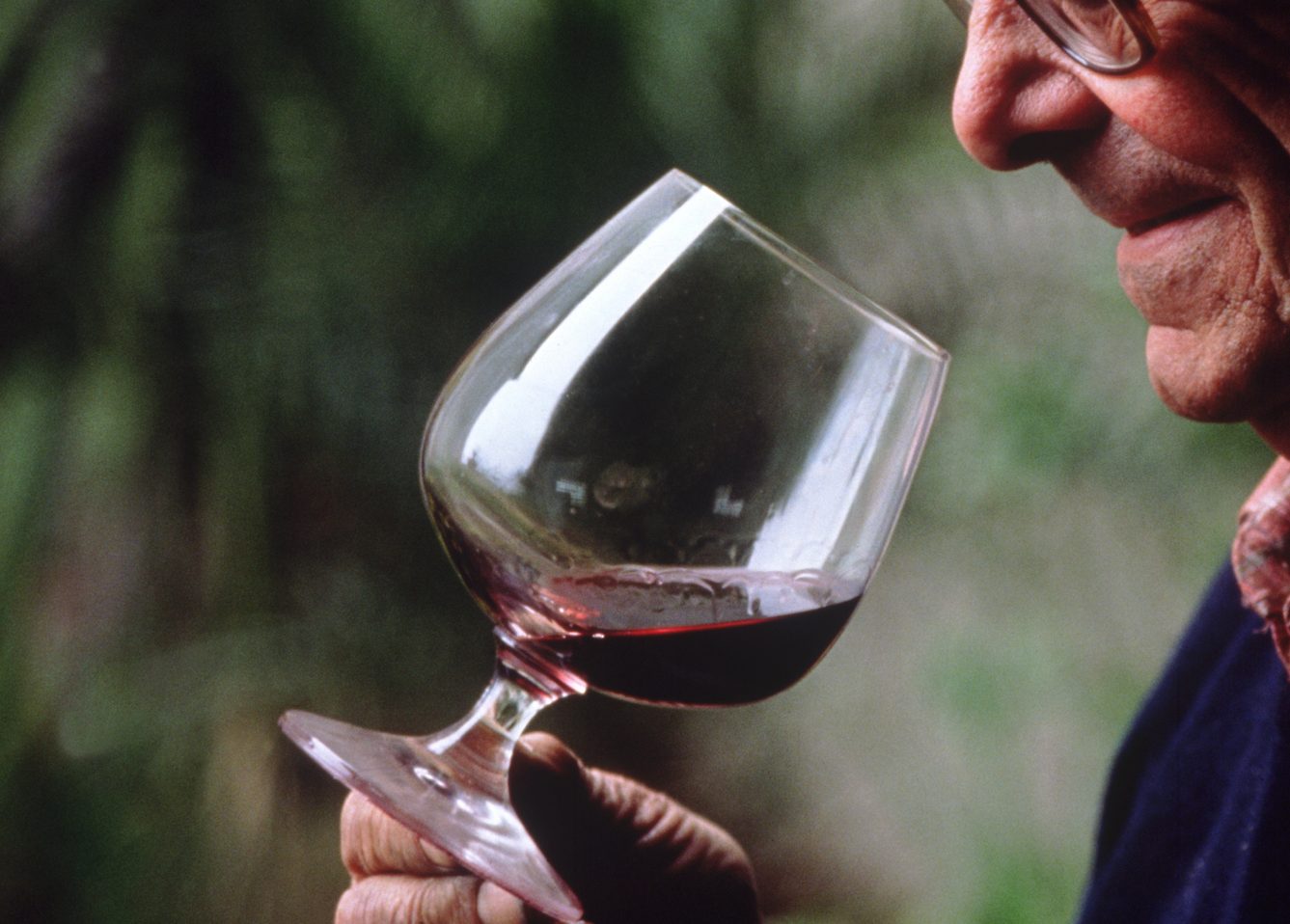 He smiles and tells me it got him thinking ‘about the power of flavour, to really affect you… opening your mind to new possibilities and new experiences’. And the power of smell itself.

So he launched himself into a fascinating nasal odyssey, through ‘an invisible nimbus of flying molecules, countless specks of matter launched into the air we breathe, whizzing at highway speed’. It’s a world he calls the ‘osmocosm’, from osme, the ancient Greek for ‘smell’ or ‘odour’. Because ‘smell is the bridge between our experience of foods and our experience of the larger world. Smell gives us detailed information about what’s around us or about to be swallowed’.

Most of us can map our lives through aroma, bouquet or nose; the whiff of dirty nappies and talcum powder’s soft burr; Vosene, pencil shavings and overcooked cabbage; the essence of new car and the tang of the diesel train; the umami warmth of roasting chicken and apple crumble’s sweet balm; fag smoke, spilt beer and the cloying kick of cheap scent; horse manure, old leather and Wellington boots; wild garlic, freshly cut grass and blossom; sunburnt skin, melting tarmac and Pimm’s.

All are unmistakable and all affect us deeply, as smell is most certainly the most evocative of the senses. 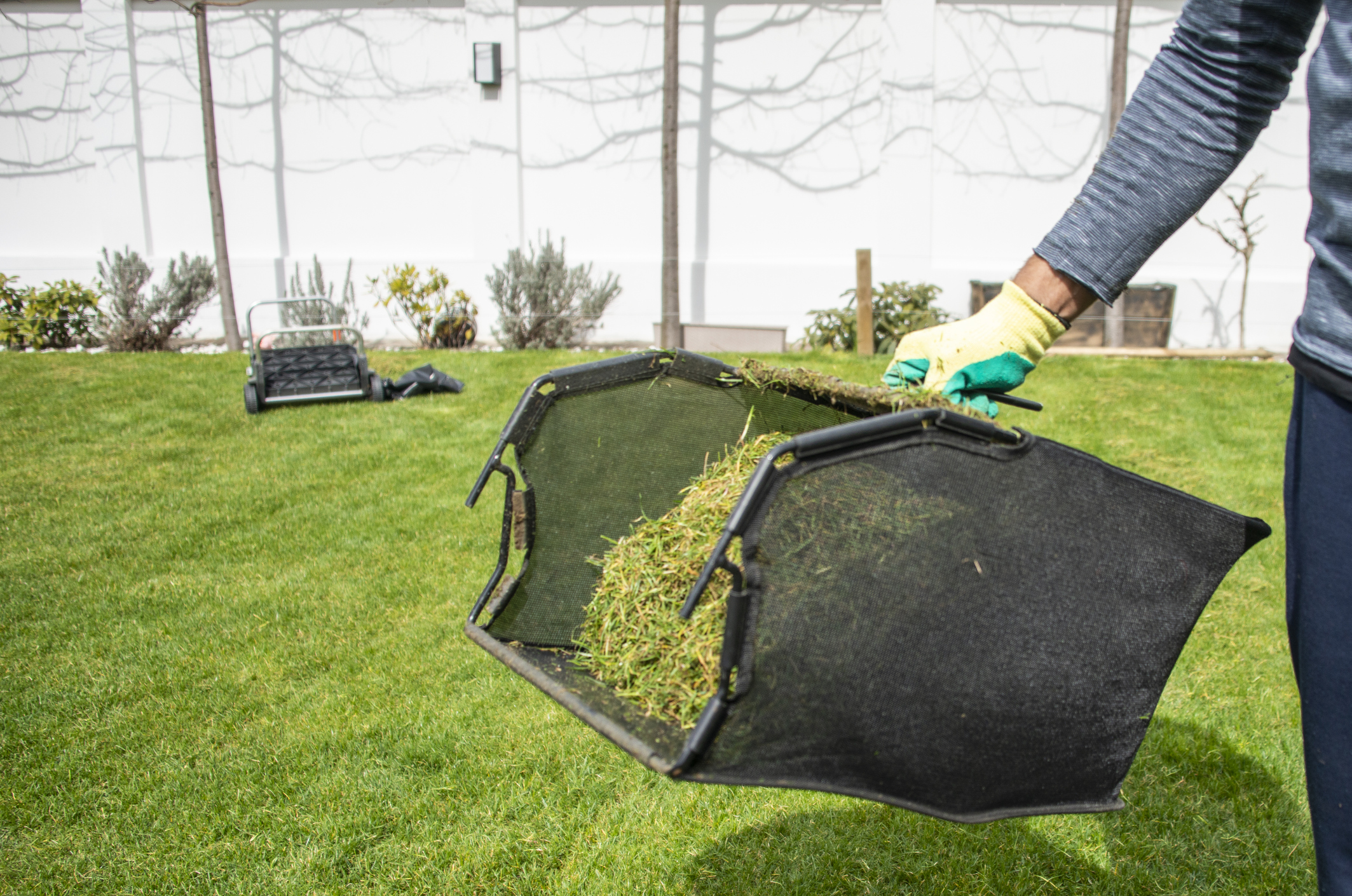 Mr McGee agrees. ‘If we’re walking down the street and we smell someone cooking dinner, we have to imagine what’s going on. That puts our brain into overdrive to make the connection and make sense of the impression it’s making.’ He argues that, whereas sound and vision are eternally switched on, smell is ‘episodic’ and too often ignored.

Yet our reaction to smell is primal, unconscious and instantaneous, capable of stopping a person dead in their tracks, transporting them back in time to a very specific place. The turgid, grease-heavy whiff of cheap mince immediately whisks me back to the dining room of my prep school; the joyous scent of garlic softly fried in butter spirits me to the home kitchens of my youth. Warm, vinegar-damp paper, and the earthy fug of just-fried potatoes, will never cease to invoke childhood chip-shop joy.

‘It’s the one sense most directly connected to the brain,’ explains Mr McGee. ‘And it’s connected most directly to those parts of the brain that are the oldest and that are involved in making snap judgements. Is this good or is this bad? Is this delicious or is this disgusting? It also delves directly into our database of past experience, very quickly retrieving which ones are relevant to that precise moment.’

Because, at its most basic, our sense of smell keeps us alive. As that great gourmand Jean Brillat-Savarin points out in The Physiology Of Taste, ‘For unknown foods, the nose acts as a sentinel and cries, “Who goes there?”’ The nauseous pong of rotten fish, the fetid reek of spoiled meat. The nose is the first line of defence, telling us to keep the hell away. 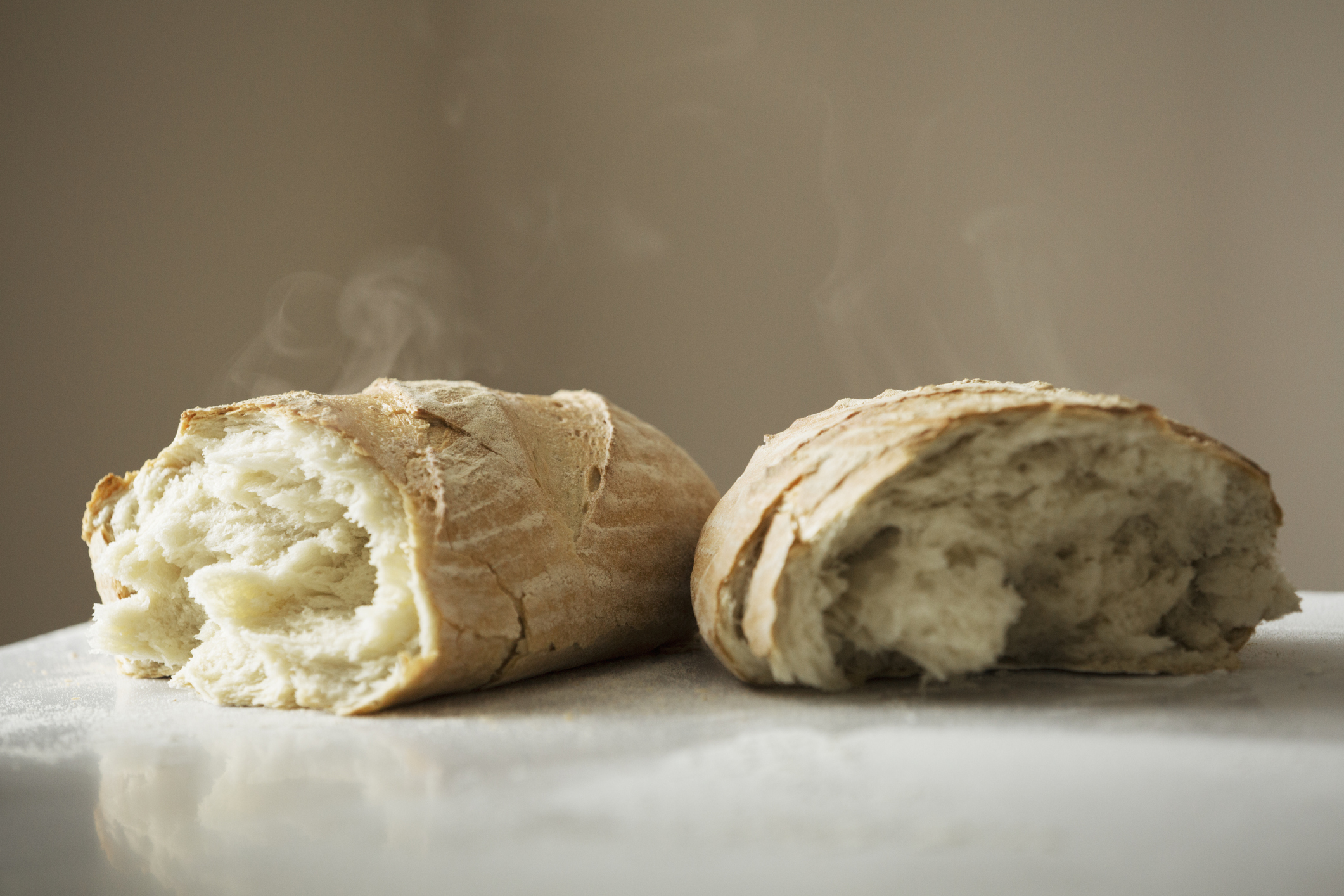 Freshly baked loaves of bread. As good as smell gets?

‘In the case of smell,’ Mr McGee expands, ‘we’re actually taking little bits of the material world into us and registering what’s there. And that has been important to living things from the first cell. To know what direction to swim in to get food, what direction to swim away from to avoid getting poisoned. It’s absolutely fundamental to life.’

Scent is also a way of attracting attention. Take the wannabe Lothario, splashing himself with Brut. Or the truffle, buried a few inches under the ground. These tubers want to be found when ripe, to pass on their spores. But, because they don’t sit in the direct path of any passing boar or squirrel, they have to signal their presence by pumping out a constant, heady and often sulphurous stink that can permeate the soil and hang around a while, too.

Durian, a tropical fruit so noxious that it’s actually banned on Singaporean public transport, works its charms in a similar way. I love the peppery, sweetly complex taste, a sort of extreme roller coaster for the taste buds. Although I’m not quite so keen on its three-day, rotten-cadaver stench. ‘When you enjoy something that is really intensely flavourful like a durian, it’s always wonderful to wonder and picture it in its natural home and imagine what’s going on there, and why it has to make the impression that it does,’ ponders Mr McGee. 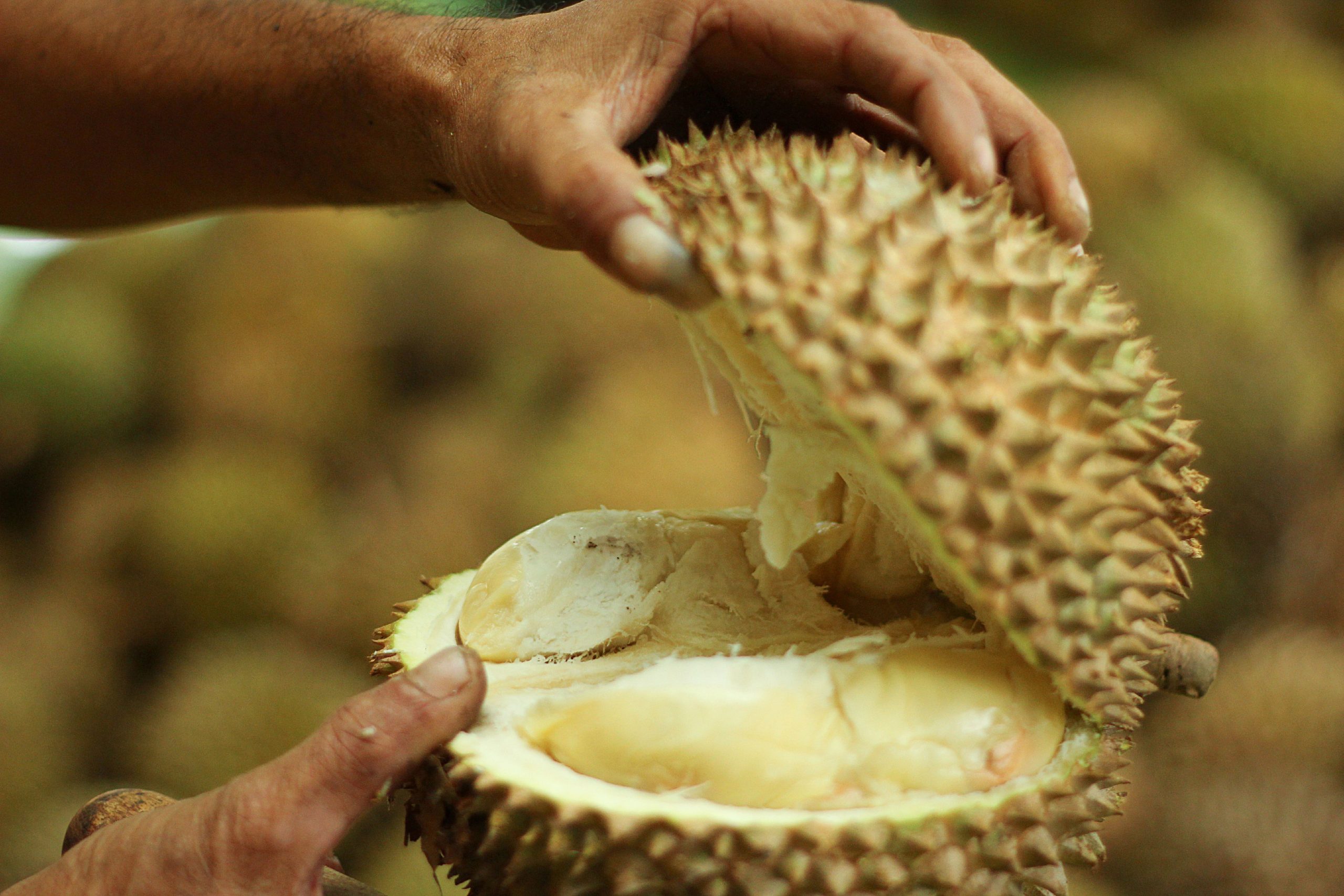 A closeup of an opened durian fruit.

‘It was fascinating to find these passages from botanists in the 19th and early 20th centuries going out into the jungle and taking a census of all the animals that come to feed on that one particular fruit.’ Nature never ceases to impress.

Whether sweetly perfumed or malodorously overwhelming, a world without scent is not merely dull, but downright dangerous. It’s essential to puritan and sybarite alike, both siren call and warning shot.

As to the best smell of all? Some may say jasmine or tuberose, others frying bacon or simmering beef stew.

For me, there’s only one choice. Bread. As food writer M. F. K. Fisher so rightly says: ‘The smell of good bread baking, like the sound of lightly flowing water, is indescribable in its evocation of innocence and delight.’

Source: Curious Questions: Why is smell the most evocative of our senses, ‘primal, unconscious and instantaneous, capable of stopping a person dead in their tracks’? – Country Life