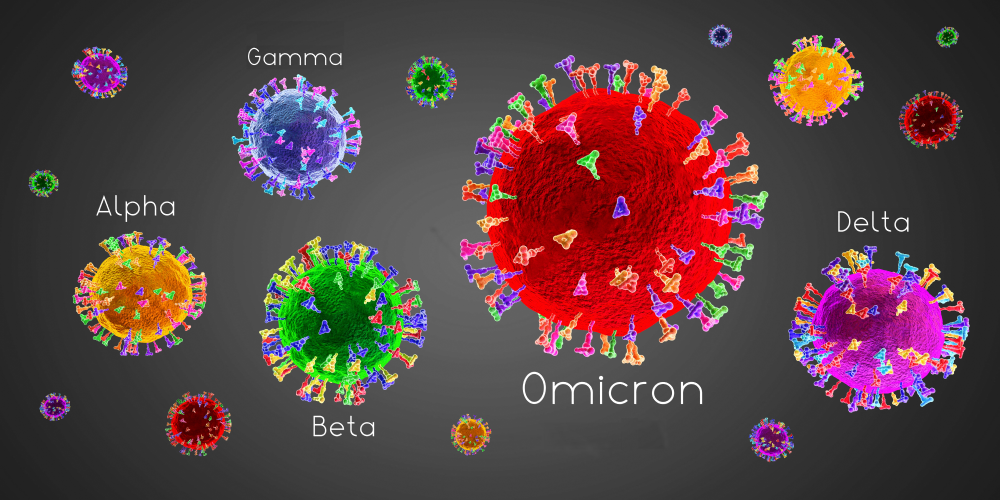 By msensory team14/04/2022No Comments
Researchers have identified strategies that our immune system uses to deal with highly evolving pathogens such as the flu virus and SARS-CoV-2.

Remembering a virus’s chemical bits and pieces is one way the immune system fights disease, as doing so lets the body respond faster to a repeat infection. This immune memory relies on specialized memory cells, a mechanism that is different from another of the body’s memory systems, odor memory, which stores chemical information in a collection of distributed neurons. Why does biology use different memory strategies? Why don’t humans “smell” viruses? The answer, according to new research, is that specialized memory cells are more effective in recognizing variant molecules from evolving viruses and other organisms. This insight into immune memory could help in developing vaccines and treating immune deficiencies (see Research News: A Recipe for Universal Vaccines).

PX Media/stock.adobe.com. This illustration depicts variants of SARS-CoV-2, the virus that causes Covid-19. The immune system has developed mechanisms that are meant to anticipate viral evolution.

The new work was presented last week at the APS March Meeting by Armita Nourmohammad, a physicist from the University of Washington. Her team’s modeling provides an immunity “test bed,” where different memory strategies can be compared. The results from several of her recent studies show that the adaptive immunity of humans and other vertebrates has developed mechanisms to anticipate the mutations that occur in viruses and bacteria. “The biochemical machinery of immunity has evolved over millions of years,” Nourmohammad says. “And it’s tuned to the evolving environment that the organism expects to see in its lifetime.”

Nourmohammad and her team study immune cells called B cells, a type of white blood cell that has receptors for recognizing invaders. When a person is first exposed to the SARS-CoV-2 virus, for example, some B cells will bind to the virus’s molecular components—generally called antigens. The strength (or affinity) of this binding is initially weak. But the immune system can increase the binding strength of those B cells through so-called affinity maturation. That process creates “plasma” cells—activated B cells that produce copious amounts of a specific antibody that will trigger other immune cells to attack the virus.

Once the virus is eradicated, the body no longer needs those specific antibodies, but it tries to store a chemical record of the virus’ antigens within “memory” B cells—another by-product of affinity maturation. These memory B cells stay in the body for years, providing it with an early warning system if that virus ever comes back.

To understand this memory process, Nourmohammad and her graduate student Oskar Schnaack (who is at Max Planck Institute for Dynamics and Self-Organization in Germany) developed a coarse-grained model that captures the basic features of how memory B cells encode information about antigens. They then considered how the immune system “decides” the best memory strategy for fighting an evolving enemy.

In an unpublished study, the research team use their model to compare immune memory and odor memory. The latter is often described as a neural network that recognizes patterns in the response of olfactory receptor cells in the nose. If, for example, you breathe in a wisp of cinnamaldehyde—the organic compound that gives cinnamon its flavor—those molecules will bind to a particular set of receptor cells. The cells send signals to the olfactory cortex of the brain, where a pattern of activated neurons is identified as cinnamon. That odor recognition may be associated with memories of grandma’s cookies and spiced holiday wine.

This distributed memory strategy works well for odor molecules, which have fixed properties, but it is less effective for viral antigens, which are constantly evolving, Nourmohammad says. Her team’s analysis shows that an immune system based on distributed memory misclassifies response patterns. By contrast, a memory that concentrates the information in specialized cells, as is done by the immune system, is better suited to evolving targets.

Both immune and olfactory systems must remember a large repertoire of chemical stimuli, says biophysicist Andreas Mayer from Princeton University. “[Nourmohammad’s team] has provided a novel and elegant theory for why these systems have evolved such different solutions to this challenge,” he says.

Nourmohammad also presented other work on the “flexibility” of immune memory. Recent experimental evidence has shown that memory B cells are less specific than plasma B cells, meaning that they can bind to a wider range of molecules. “It’s puzzling why the body chooses to store a low affinity memory,” Nourmohammad says. The reason for this behavior is again tied to pathogen evolution. Her team’s analysis shows that flexible (or “cross-reactive”) memory cells can bind to a variant’s antigens—albeit weakly—allowing them to anticipate a mutating pathogen’s attempt to evade the immune “radar.”

But there is a downside to being cross-reactive. Memory B cells that bond too weakly to an antigen are unable to trigger an immune response. This complication—referred to as the “original antigenic sin”—has been observed in older people who contracted influenza when they were young. The memory B cells from this early infection cannot effectively recognize more recent influenza variants, and these “outdated” cells get in the way of the immune cells responsible for detecting general infections.

To avoid such interference, Nourmohammad and her colleagues predict that organisms with longer average lifetimes (turtles and whales) should have less cross-reactive memory cells than ones with shorter lifetimes (mice and other rodents). “If an organism has a short life expectancy, it’s not going to see many different variants of a virus, so it can get away with a more flexible immune memory,” Nourmohammad says. Cross-species comparisons are rare in immunology, she says, but she hopes future studies will test this prediction.

Mayer thinks that Nourmohammad’s approach allows memory to be studied in an abstract but tractable way. “This novel conceptual framework will likely stimulate a lot of discussion and will open up new avenues for studying the biological memory strategies theoretically.”

Michael Schirber is a Corresponding Editor for Physics based in Lyon, France.