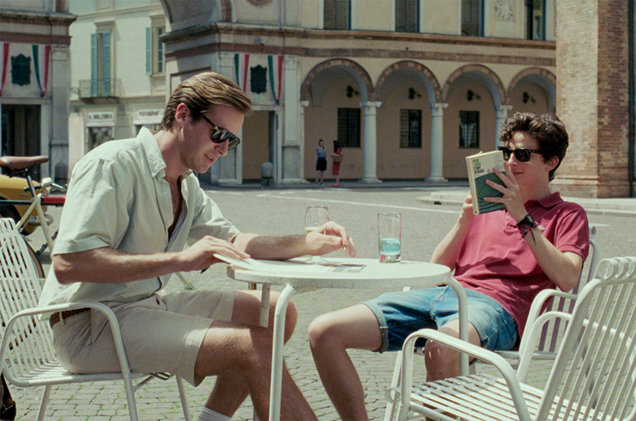 ‘Call Me by Your Name’ Soundtrack Set for Peach-Colored (And Scented!) Vinyl Release

If you still can’t get that peach scene from Call Me By Your Name out of your head, now you have the perfect soundtrack for your thoughts: the limited “peach season” vinyl release, which is peach in color and scent.

The vinyl-only specialty label Music on Vinyl will release the soundtrack in a Limited Peach Season Edition on Aug. 3. The double-LP set will be issued on peach-colored 180-gram audiophile vinyl and housed in a peach-scented package. A total of 7,777 individually numbered copies will be produced, “but only in peach harvest season,” per Music on Vinyl’s website.

Like Music on Vinyl’s earlier vinyl versions of the soundtrack (on blue, black and yellow vinyl), the set will also come packaged in a PVC protective sleeve and boast two printed inner-sleeves, an insert and a poster.

In March, the Call Me by Your Name soundtrack peaked at No. 13 on Billboard’s Soundtracks chart and No. 10 on the Vinyl Albums chart.

How the Eclectic ‘Call Me by Your Name’ Soundtrack Became a Surprise Vinyl Hit — Is Radio Next?

The eclectic soundtrack includes three songs by Sufjan Stevens, including “Mystery of Love,” which reached No. 13 on the Hot Rock Songs chart and was nominated for the Academy Award for best original song.

Source: ‘Call Me by Your Name’ Soundtrack Set for Peach-Colored (And Scented!) Vinyl Release