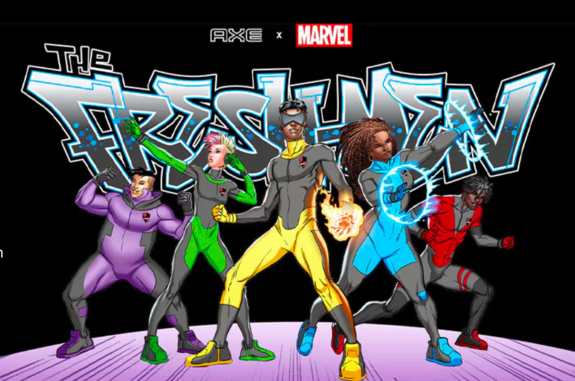 Marvel Comics and hygiene product company Axe have teamed up for a new team of promotional superheroes called the Fresh-Men .

Here’s a trailer explaining the story behind the scent-themed superheroes, which bears some resemblance to a certain similarly-named Marvel Comics property.

Described as “the world’s chillest and freshest smelling superheroes,” the Fresh-Men use Wakandan technology and their own scientific skills to fight crime alongside the Avengers. It’s unclear where or how the adventures of the Fresh-Men will be presented, but the promotion is tied to the Marvel Unlimited comic book reading service.