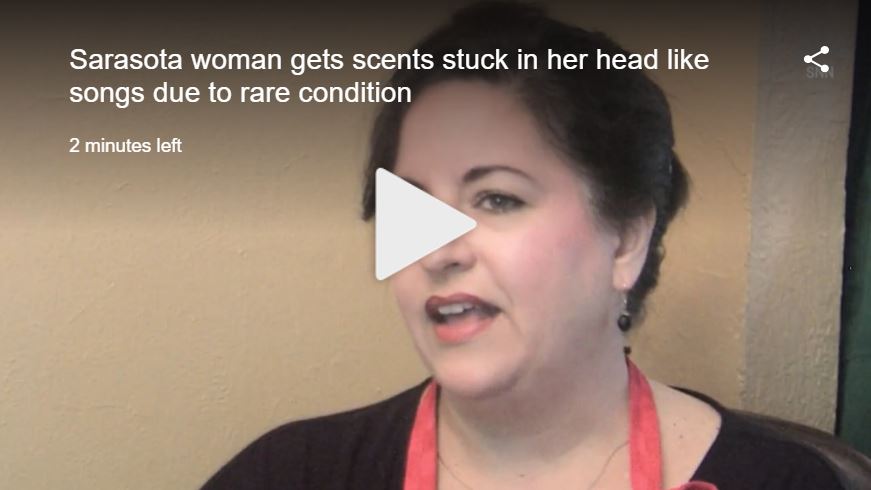 SARASOTA, Fla. (SNN) – Alyssa Mandel has to avoid a lot of places, but in the kitchen, she’s usually okay.

“I had just started my new job, and at the job, they were having some construction done on campus,” Mandel said. “When I started smelling gasoline and diesel, I just chalked it up to that, but then I noticed the smell followed me everywhere.”

It didn’t leave her, so she saw a few doctors and discovered she has Parosmia.

According to Fifth Sense, “Parosmia is the medical term for experiencing distortions of the sense of smell. Someone with parosmia may be able to detect odours, but the smell of certain things – or sometimes everything – is different, and often unpleasant.”

“Someone may think they’re gonna smell a flower, but it smells like something else,” Dr. Keegan said. “You’re getting false information, and it can be tremendously aggravating for them.”

Mandel smells scents that aren’t there. Depending on the day, she sometimes can’t smell at all.

“Sometimes things that smell pleasant to other people smell really revolting to me, which is deeply unfortunate,” Mandel said.

She says she can’t even hug people who wear certain fragrances, and sometimes she’ll get a random scent stuck in her head for days.

“Something that smells good to me on Monday might smell terrible to me on Tuesday,” Mandel said.

She says that’s hard, but after about 10 years of living with the condition, she’s learned to accept it.

“The best smell of all is no smell,” Mandel said.

She says her sense of taste hasn’t changed at all, and she always loves the smell of fresh citrus and fresh cut eucalyptus.

Source: Local woman gets scents stuck in her head like songs due to rare condition | WFLA