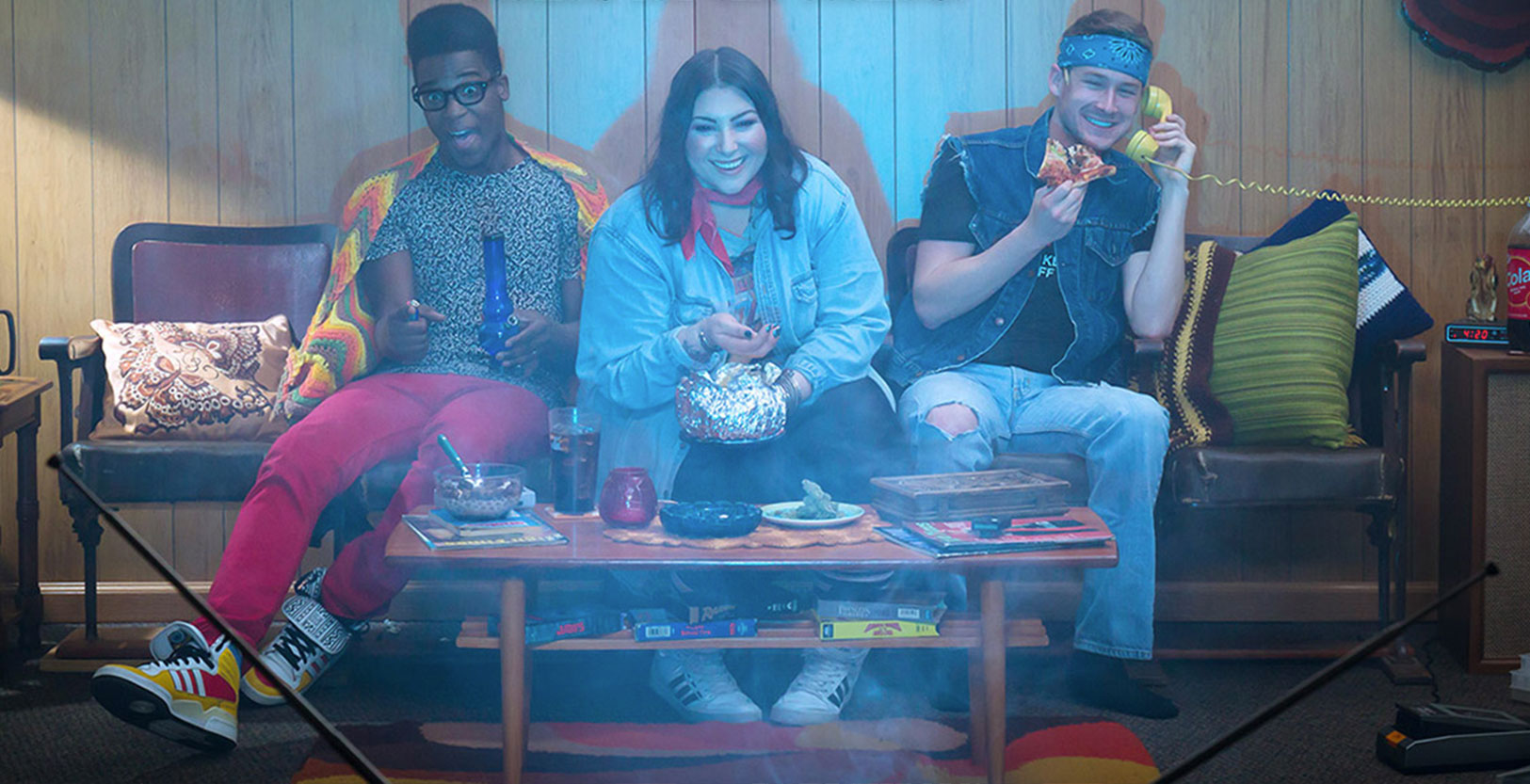 Film and cannabis lovers will gather May 3-4 for SPLIFF Film Festival at the Victoria Theatre, the oldest theatre house in San Francisco. Artists, filmmakers, animators and stoners have submitted short movies given a maximum 4 minute and 20 second running time limit, pun intended! SPLIFF is a film festival curating sinsemilla-fueled entertainment started by team Dan Savage. Savage’s team also organizes the HUMP! Festival which shares the same goal for sex as SPLIFF does for weed: normalization.

I’m going to make sure to pack my favorite edibles and munchies to get in the mood! Gotta love the encouragement of getting as baked as possible before the show (no on-site consumption will be allowed. Plan to get lifted ahead of time movie-goers!)

Speaking of munchies, I crossed paths with Oakland based artist Gabby La La who co-created participating SPLIFF submission “Candy Sandwich” with Sayuri Kimbell who is currently based out of Portland. The friends create vibrant and psychedelic ASMR crafting and cooking videos in a series called “ASMR with Sayuri and Gabby,” and thought the style would appeal to stoners. “We are really into self-healing and creating an intentional atmosphere for healing and relaxation,” said La La. “There can be fun and healing in the same experience.”

There is a balance of both comedy and seriousness in ASMR. La La and Kimbell love the juxtaposition of the two. ASMR is a whispering art that stands for “Autonomous Sensory Meridian Response” and can cause static tingling sensation in some listeners.

They attended the 4/20 SPLIFF showing in Seattle at the packed and sold out SIFF Cinema Egyptian. La La shared,  “It was awesome to see it on the big screen since we only watched it on our computer or phones and to witness everyone’s reactions,” she added, “It was affirming to see how far we have come by being [part of a] real film festival.”

Since mid-April, SPLIFF has made pipe dreams a reality having premied in six legal cities. Out of 250 submissions, 24 short stoner flicks, including La La and Kimbell’s, have made a debut during the competition. Audience members receive paper ballots upon entry to cast their votes in the following categories: stupidest, trippiest, funniest and best in show. SPLIFF’s subjects cover a wide-spectrum of themes and all attendees must be 21+. The classic Victoria Theatre’s legacy boasts many film festivals. As we transition into legal cannabis, people could plan to supplement SPLIFF with a classy pre-show experience.

Why not go to a local connoisseur lounge in Downtown San Francisco, follow those munchies with a bite at a delicious Mission District eatery and then cruise down to the cinema on a sunset walk? Maybe you’ll be inspired to make a movie about it!

On public transportation one could take BART to 16th Street, the movie house is directly across the street.