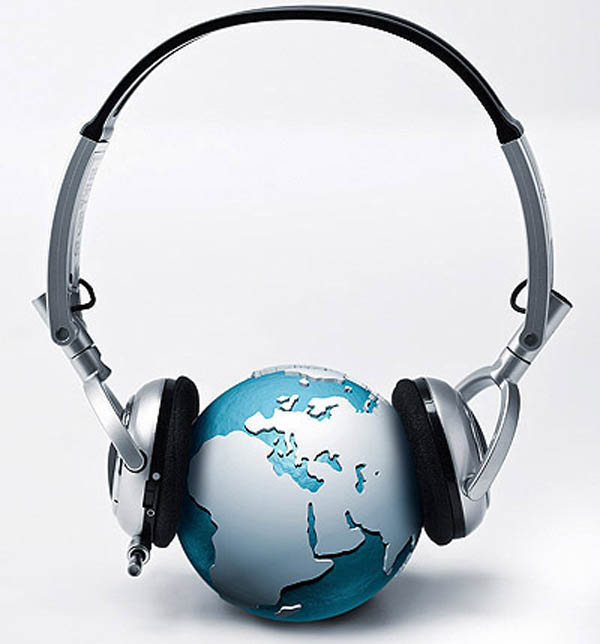 Audio Branding Turns Up the Volume

The spotlight is finding audio-based user experiences as a fresh marketing medium for sensory stimuli, and brands are taking notice. With recent innovations in audio technology and music strategy, let’s look at 10 audio trends to watch in 2018.

1) Alexa Skills and the Voice Experience With over 15 million Amazon Echo devices shipped, Alexa is the most disruptive technology since the iPhone. While Google Home with Assistant and Apple Homepod with Siri trail, Alexa leads the pack. Brands from the NBA, Kayak, Capital One, The Tonight Show, even Morton’s Salt, have official Alexa Skills. Most of these skills are audibly unbranded, without creative audio outside of Alexa’s voice. So while thousands of brands sit silently, therein lies a deafening opportunity for differentiation. The world is about to hear an explosion of unique branded sounds.

2) Earcons An earcon is to the ear, as icon is to the eye. Earcons are non-verbal audio signals indicating an event or relaying information to the user. Recently, we’ve witnessed tremendous earcon sonification of the most popular apps and devices. Google, Amazon, Facebook, Snapchat, among others have created intricately branded earcons. While most people think of them as silly sound effects, they’re becoming an effective branding tool and a replacement for traditional sonic logos. As the “OK Google” voice search rapidly becomes more utilized over type search, Google is relentlessly pushing this sound into their video marketing. This year, Apple released a few new videos showcasing Siri and their earcons with Facebook following suit. Leveraging sound as a marketing tool is a smart move in anticipation of the evolving user landscape.

3) 3D Audio Binaural, ambisonic, spatial, surround, 3D have all beeb in the news. The most accessible exhibitions of this technology are Youtube VR and Facebook 360, where users interact with 360º videos that contain spatial audio. Vogue, AMC, Fiat and GE are among the brands releasing 360º video content with spatialized audio. Content is increasing so much that this year Google and Facebook both released dedicated spatial audio workstations. Usually, access to 3D audio would take years of audio production experience but this year Sennheiser released one of the first consumer binaural headsets. With affordable access to binaural technology, we’ll begin to see an influx of branded and consumer produced 3D audio.

4) Interactive Audio In the past decade, interactive marketing has been dominated by visuals, but experiments in interactive audio are accelerating. Take M&M’s Bite-sized Beats campaign, a collaboration with singer Jessie J where users choose musical loops to create their own song, and a combination of loops unlocks a Jessie J music video. Fedex’s interactive SoundTrack lets users create a personalized song to ‘soundtrack’ their package journey.

5) Audio-Based Experiential Brand Activations As brand activation budgets grow, we’re seeing a trend toward audio-focused experiences. In collaboration with artist h0nh1m, Nike created an immersive audio installation in the spirit of its Air VaporMax sneaker, which generates unique soundscapes based on bioanalytics of the user’s skin temperature and environmental humidity. Car brands are also getting in on the action. At a Panorama Festival, Toyota’s brand activation involved its new C-HR wired to be a musical instrument played by users.

6) Electric Vehicle Engine Synthesis In the US, electric vehicle sales grew a whopping 641% from 2013 to 2016 and since electric engines run silently, a new audio territory has emerged around how sound affects road safety. Audi has a head start, followed by Nissan, which is pushing boundaries with musical sonifications of its concept cars..

7) Audio Renaissance Streaming is not merely synonymous with music. If “Serial” sounds familiar, you may have been among the listeners to push that podcast to #1 on iTunes. Serial has helped pave way for a podcast renaissance. GE Podcast Theater illustrates how a brand can connect aurally by sponsoring story-driven content. And NASA is leveraging podcasting to expand its audience beyond science enthusiasts. With listeners tuning in to podcasts for original stories, spin-offs and extra content, there has never been a better opportunity for branded audio to shine.

9) Playlist Marketing In the past year brands have utilized playlists in creative ways, as manifested by Spotify. Calvin Klein and Reebok put together music collections to showcase new products. In the “Sound of Rum” campaign, Bacardi collaborated with Major Lazer on a co-branded limited edition rum along with soundtracks that tell the brand story.

10) Acoustics-Based NFC Google’s Tez and Microsoft’s Dhwani, Hindi for “fast” and “sound/melody,” are examples of acoustics-based near-field communication. While these tech giants are big players, transmitting data via inaudible audio frequencies is only beginning. Acoustics-based NFC requires only a microphone and speaker, eliminating tags and chips. Chirp and LISNR are two emerging companies facilitating soundwave communication. Frictionless peer-to-peer content sharing possibilities are dwarfed only by opportunities for brands to transmit content over audio messaging.