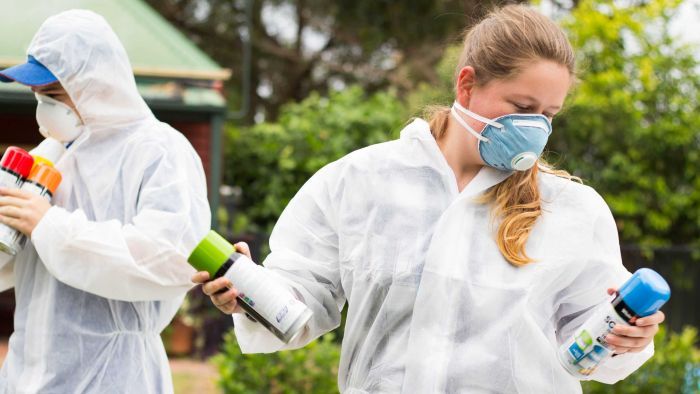 Connecting youth through a multisensory mural

A regional New South Wales town, which is known for its murals, is reducing marginalisation among youth through a public art project.

Kurri Kurri, north-west of Newcastle, has a population of about 17,000 people.

On many of the buildings in the heart of the town are brightly-coloured murals depicting scenes of life in regional Australia.

For years, the Towns with Heart and St Vincent de Paul Society Ability Links organisations wanted to connect with marginalised people in the Kurri Kurri community.

They joined with artist, Steve James, and worked with local high school students to produce a multi-sensory mural, which will be unveiled in the coming weeks.

“We wanted to get that message out there, so we thought we’d do a community project that would embody the spirit of inclusion, and to engage the public,” Mr James said.

“[It will engage] all the senses, and it’s designed to be accessible to able-bodied and disabled-bodied people — all members of the community.

“We engage with touch. We designed it for very bright, strong colours, so that people with limited visual ability can still be part of the community project. We use sound through devices, and also, there’ll be elements of the sense of smell.”

Year 11 students Britney Flack and Clarissa White have worked on the mural.

“It’s been great. [You] meet new people and work with them, [and] with their art,” Ms Flack said.

“At first, I didn’t know what I was doing, and then I got into it, and I really liked it.

Ms White said working on the mural had helped her develop new skills and new friendships.

“There’s new people here and I’m getting to know them, and it’s actually pretty fun,” she said.

“It doesn’t feel like I’m ignored, and so I’m joining in.”

For the organisers, they hoped the mural will have a positive impact in the whole community.

“It showcases that the community, and people with disabilities, have something to offer and can contribute in the community,” Mishelle Dal Bianco, from St Vincent de Paul Society Ability Links, said.

Mr James said the mural is an example of how a community can bridge gaps in creative ways.

“Their engagement has really impressed me. Some of the kids were interested in art, some weren’t,” he said.

“They have taken to the whole process with great enthusiasm. They have excelled all my expectations. Their input, and the work they’ve come up with, is astounding.”