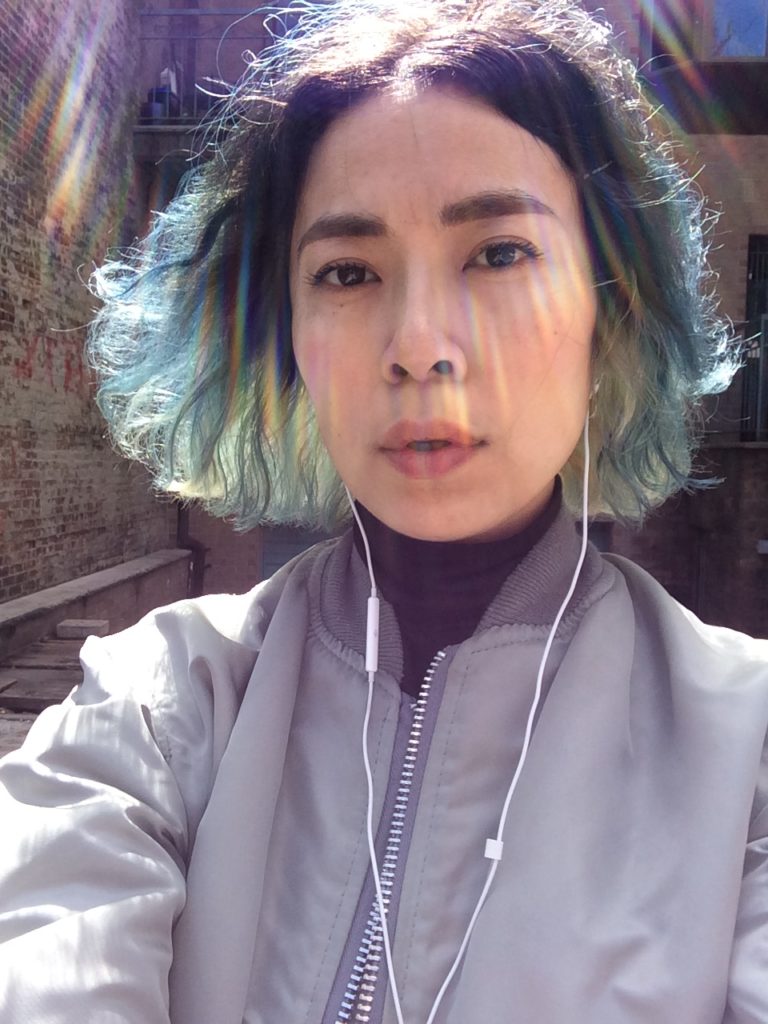 “In relation to fragrance, we have very stale and stagnant narratives about what the feminine is,” says the artist Anicka Yi. That’s why she’s teamed up with perfumer Barnabé Fillion and department store Dover Street Market to release a new line of custom fragrances that challenge preconceived notions of femininity and attraction.

The line of three new perfumes is called Biography and each is titled after a radical female figure. “Shigenobu Twilight — Volume1” is inspired by Fusako Shigenobu, the leader of the Japanese Red Army; “Radical Hopelessness — Volume2” signifies the pharaoh Hatshepsut, one of the few—if not only—women to rise to that position in ancient Egypt. The third, “Beyond Skin — Volume3,” is an unnamed woman of the future.

“I was interested in these buried figures in history who were forgotten because they refused to conform to societal limitations about who they could be,” Yi told artnet News. “Hatshepsut is one of the earliest figures who was recorded in public in drag. She had to constantly be dressed as a man because her constituents wouldn’t accept a female pharaoh. There was an erasure campaign to erase her from the history!”

To capture the Egyptian ruler’s essence, Yi blended sandalwood and patchouli, and incorporated notes of pink pepper, juniper, and cardamom. For Shigenobu, who lived out her days in exile in Lebanon, there is cedar, thyme, and frankincense, representing that Middle Eastern country, and the scents of yuzu, shiso, and black pepper, as a nod to her homesickness for Japan. 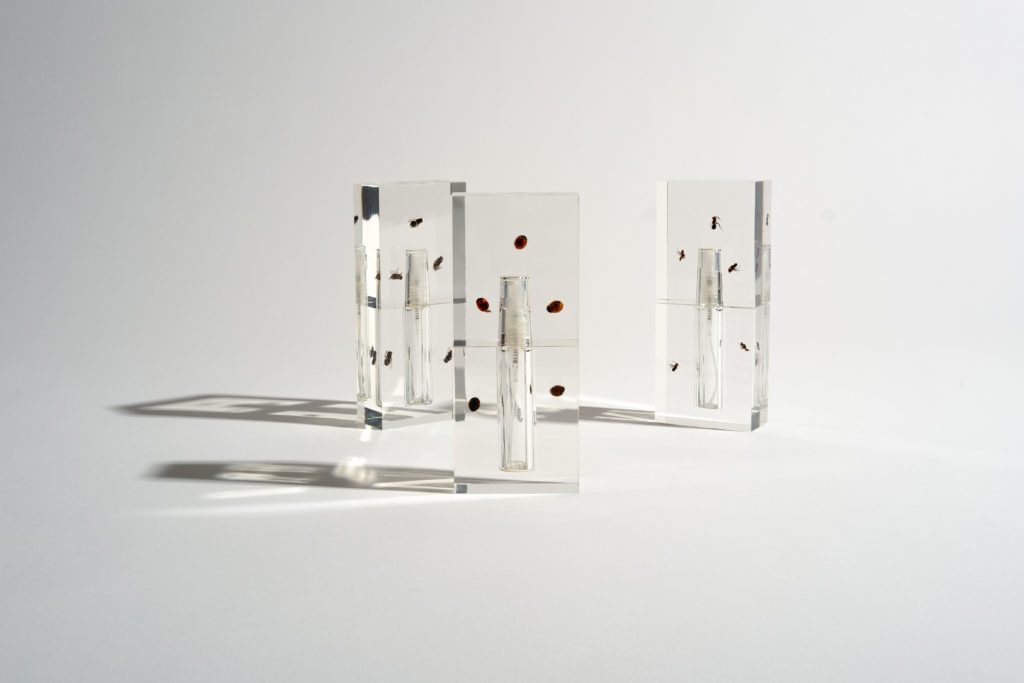 The third scent imagines an artificial intelligence drawn from all women in history. The perfume includes suede, myrrh, and civet musk, a glandular secretion from the small nocturnal mammal of the same name.

“I imagined a beautiful grand algorithm that could somehow connect every female story at once, both humans and other animals, like the moray eel that starts as male and evolves into a female, or a type of fungus that has 23,000 different sexes,” Yi said. “I wanted a kind of intersection of different smells that came from animals, humans, plants, and the microbial, as well as machines and the industrial.”

Yi will launch the new perfume line at Dover Street New York and Los Angeles. A release party in New York will feature a one-time, site-specific performance with Philadelphia’s Monell Chemical Senses Center and its new olfactometer, a cutting-edge smell synthesizer. “It’s a machine that can digitize smells. Through a cell phone it’s able to conjure the smell of grass or strawberries or hay, and other rudimentary smells, and release it through the olfactometer,” said Yi. “I can only liken it to a DJ who’s live-blending scents.” 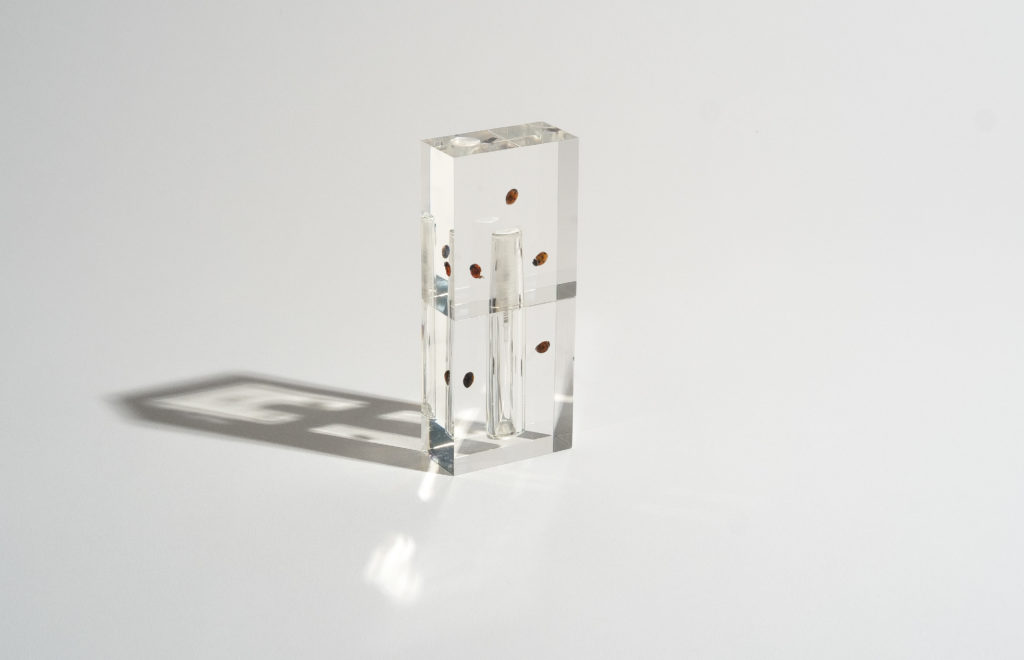 The olfactory system appeals to Yi because it is so difficult to understand. “So little is known about scent. It is one of the most underrepresented senses, and in relation to art it’s a very important way to bring together a lot of invisible non-ocular elements,” said Yi. “Scent molecules exist in the air, the travel through the air and into our bodies—this is how we receive smell. Air is often overlooked and I consider it almost like a medium in relationship to olfactive artworks”

Scent has long played a role in the artist’s practice. At the entrance to Yi’s 2017 Hugo Boss Prize show at the Guggenheim Museum, three canisters on the floor diffused perfume throughout the gallery, spreading a scent synthesized from the smells of “Asian women and carpenter ants.” (The show featured a sculptural ant farm, with living ants inside.) 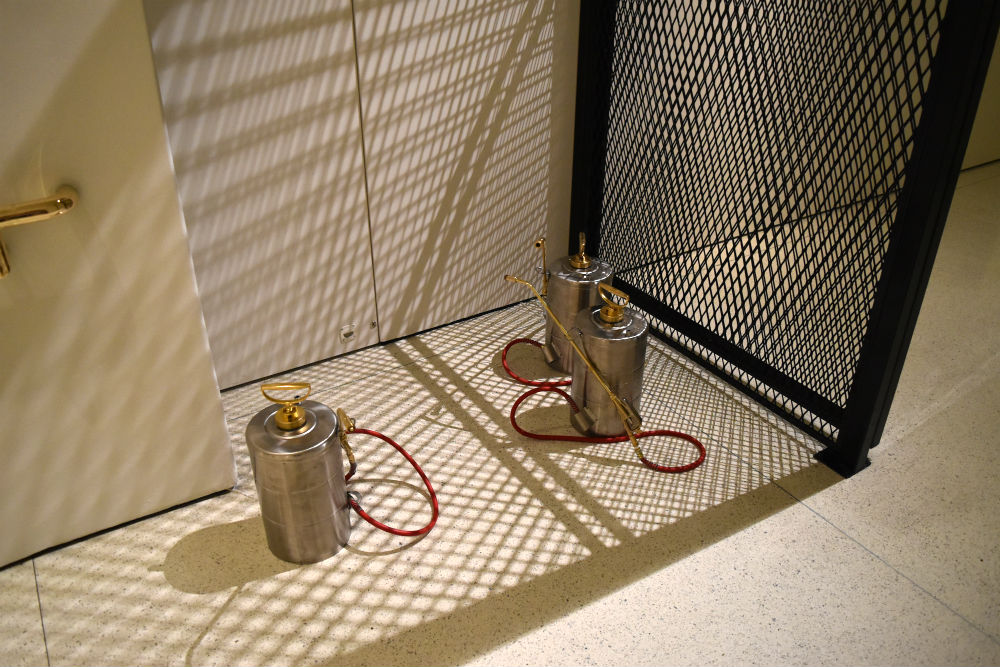 There is no ant scent in the new line of perfumes, though the artist suspended ladybugs, ants, and flies in the glass bottles. The flies signify Hatshepsut’s use of them in them in her own iconography, while the ants represent “an algorithmic industriousness” and the ladybugs a certain playfulness.

“I hope that the smell is compelling and it awakens something in people,” Yi said. “I want appeal to the curious, to those who want to participate in this conversation around expanding the notion of identity and gender.”