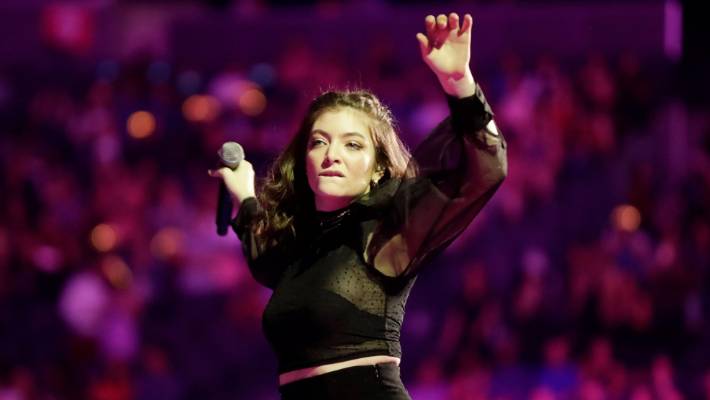 By msensory team07/01/2020No Comments
GETTY
For Moon, Lorde – who also has synesthesia – has a voice which she describes as a ‘distinct shade of white’.

Sitting in a dark room, eyes closed, musician Josie Moon can see it – greens and golds, browns and whites.

Synaesthesia is a neurological condition where senses can merge: when one sensory pathway is activated, another unrelated one is activated too.

For Moon, that means when music plays, she has sounds and textures appear alongside notes and musical instruments, creating a landscape of music. But she also experiences grapheme synaesthesia, where each letter has its own colour.

“‘O’ in a word is usually white and ‘K’ is definitely green for me. ‘F’ is always purple,” Moon said.

Usually, asking Moon to describe how she experiences the world is a tricky thing – after all, how would you explain the colour blue to someone who’s never seen it?

She takes a stab at describing it anyway, pushing play on Lorde’s song The Louvre.

“The guitar notes [at the beginning] are between a brown and a gold colour and her voice is a distinct shade of white.”

Generally speaking, the whole song has a green-gold colour for her, mostly because of the sounds within the chorus.

“When each sound is introduced, new things pop up so it turns into a landscape. When I’m listening to albums I really want to experience properly for the first time, I always turn off all the lights and listen.”

She knows what she’s experiencing isn’t really there – the colours are somewhere between her brain and her vision. When she reads, for example, the text might be in black and white but, in her mind, colours flare up automatically in association: yellow, for E, white for O and so on.

This has always been the way Moon’s seen the world – it took her until her early teens to realise that not everyone saw the world the way she did.

It was only when she stumbled across the term in something she was reading, she had a lightbulb moment.

“It’s kind of funny because I didn’t even realise it was a thing until other people didn’t have it. It’s almost like a source of comfort now that I know it’s something not everyone experiences.”

Synesthesia wasn’t necessarily either a huge hindrance or help in life.”It’s just another layer.”

Sometimes she might need to turn down the music in her car if the colours came on too brightly, but it’s as a musician where her synesthesia really comes out.

An EP she released last year was titled Rose Tinted – because for her, all the songs ended up having a red or pink hue.

“For the first track Call Me I saw falling cherry blossoms the whole time. After we wrote that, we wrote a really vivid red song. Then a baby pink song.”

But her synesthesia can also be a bit of a hindrance –  especially when she’s collaborating with other people.

They’re coming at the music from different angles and, unfortunately for Moon, sometimes, even if it sounds good, it doesn’t look good.

She  has never met someone else in real life with the same condition as her, but she wasn’t surprised at the same time.

“It’s not exactly like a common dialogue where people talk about how they see the colour orange or something.”

*Synaesthesia is a rare condition: researchers have put the number of people with the condition at around one case per 2000 people.

*Most synaesthetes also experience more than one type of synaesthesia: Moon deals in colours and letters, but other people may taste flavours on seeing certain images, or they may see numbers as a type of map.

Source: A way of life: Wellington musician sees the world through the lens of synaesthesia | Stuff.co.nz