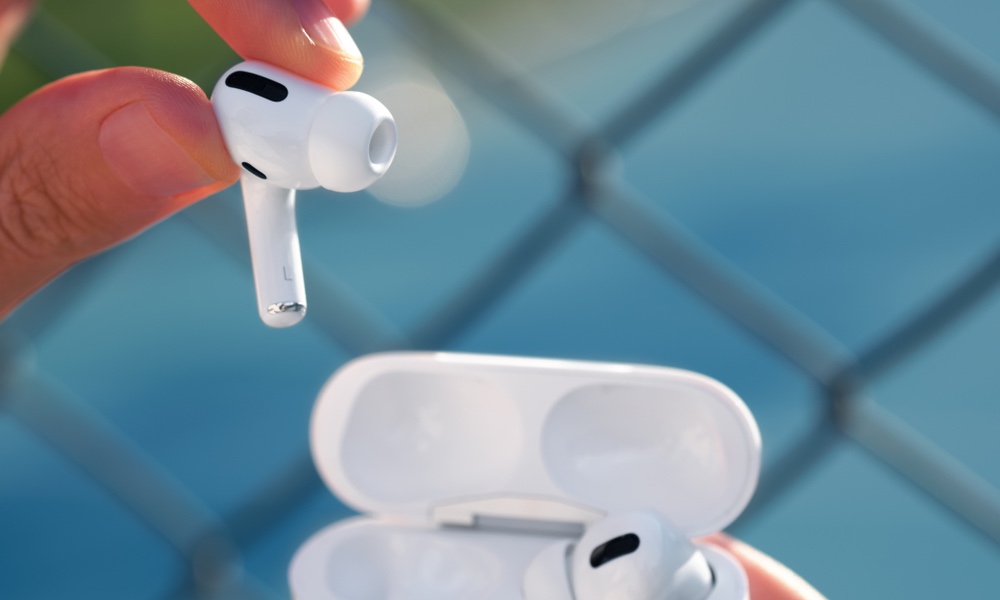 Your AirPods Pro may smell like blueberries. That is, according to a slew of anecdotal reports, not a joke. Since AirPods Pro debuted back in October, many users have been reporting a fruity aroma emanating from their premium wireless earphones. So what’s going on?

Go ahead and do a Google search for “AirPods Pro blueberries” and you’ll find what seems to be a countless number of comments from users.

Reports are scattered across Twitter, Reddit, the MacRumors forum and other social media posts. According to those users, AirPods Pro have a fruit-like smell akin to blueberries or Fruity Pebbles.

“Okay, I thought I was crazy,” wrote Redditor rrgeorge. “It smells like blueberries.”

But while many AirPods Pro owners report a fruity scent, others appear to smell something different. Some users say they smell a nail polish-like odor, glue or a more general rubbery silicone scent.

At least one Redditor said that the smell could actually be a combination of things depending on what a user expects.

“Huh, I always thought it was definitely a rubbery silicone smell, but going into it with the expectation of blueberries I can definitely see how it smells like that,” said mrchee3.

If you’re curious about why your AirPods Pro has a vaguely blueberry-like scent, it probably all comes down to the plastic materials used.

Specifically, it’s probably “off-gassing.” New plastic materials often have a scent shortly after manufacturing. Basically, that’s the same principle that causes the “new car smell” in vehicles you buy right off the lot.

Digging a bit down, many reports speculate that the blueberry-like smell comes from esters, chemical compounds used in plastics manufacturing. Importantly, some esters are often associated with fruity aromas like banana or blueberry.

The scent is also likely tied to the silicone ear tips that come with AirPods Pro. That could explain why there haven’t been any reports of normal AirPods smelling like fruit.

And while some manufacturers actually add certain chemical compounds to new products for a pleasant scent, it’s likely that the AirPods Pro smell is unintentional.

After all, if Apple set out to make its headphones smell a certain way, it probably would have chosen apples instead of berries.

If you’re among the users who find the scent off-putting, don’t worry. It appears that the “off-gassing” and the associated fruity aroma don’t last forever.

According to other Reddit reports, the smell starts to fade with time — although your own mileage may vary. Some users say that the scent dissipates after a few hours, while others claim it may take days or weeks.

And really, at the end of the day, you don’t really need to smell your AirPods Pro anyway. As Redditor Jayvapezz wrote, “the AirPods are supposed to go in your ears.”