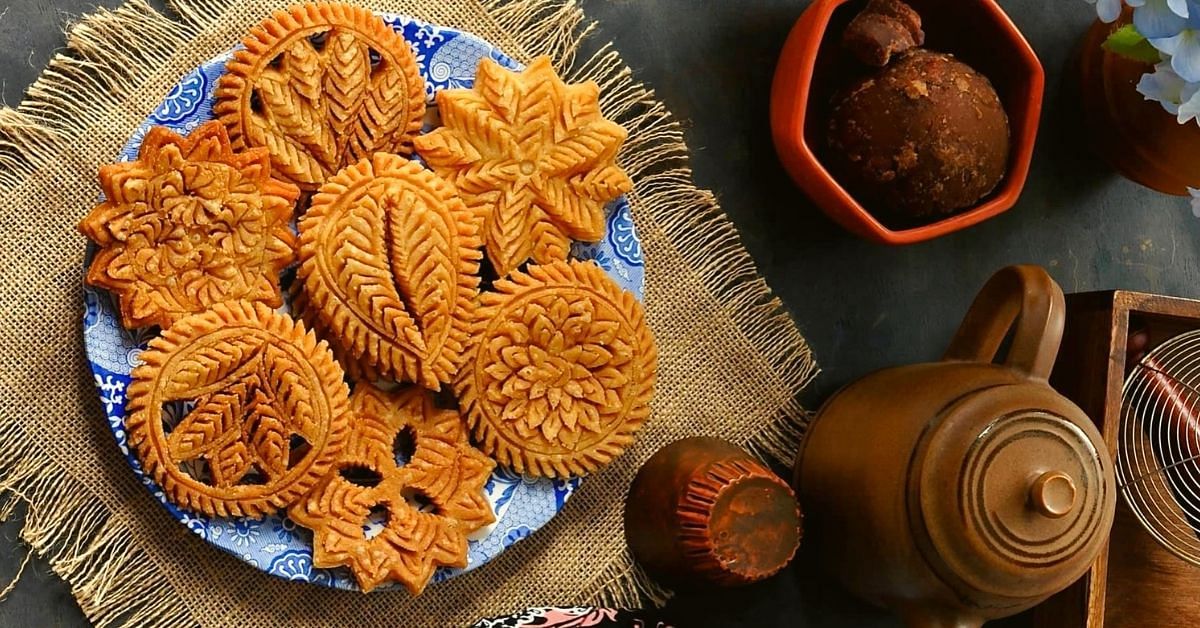 5 Traditional Indian Sweets That Are Nothing Short of Delicious Art! | The Better India

By msensory team13/08/2020No Comments
Taken aback by the artistic brilliance of these edibles, Rabindranath Bagore once decided to preserve their beauty in photographs

Most mornings at home begin with me sharing a cup of piping-hot tea with my mother as she cooks up a storm in the kitchen. It is her safe space, and has seen several conversations and debates about everything under the sun, that are kept going with an endless supply of biscuits or other homemade snacks and sweets.

A second school of sorts, the kitchen was also where I learnt some of the most important lessons of life and one of them was that the action of eating is meant to be more than just an act, but an experience.

Everytime she would cook something special, she would insist upon some patience. While I would want to gobble it all up, she would ask me to pause, and try eating with my senses in the order of sight, smell, touch, sound and taste.

And the first sense, or sight in this regard would hold considerable significance. Because, way before the trend of instagrammable food began, she was a true believer of the power of sight in the action of eating.

And she, as usual, knew best. There are a few special traditional Indian delicacies that blur the lines between food and art, and are truly too beautiful to eat. Here are some of them:

An intricately carved rice cake, this traditional dessert originated in the rural parts of undivided Bengal and mimics floral motifs that are abound in artistic expressions like alpana (rangoli) or embroidered quilts also known as kantha.

The name ‘nakshi’ comes from nakshi kantha, a rural artform of embroidering fabric used both for wearables as well as decor.

This delicacy is made from a dough of rice flour that is rolled out and strenuously carved into designs of creepers, flowers and plants, using needles, hairpins, date thorns, twigs etc. One can either deep fry the rice cakes and dip in sugar syrup, or can even let them dry and store for later use.

From weddings, harvest festivals to Bengali New Year celebrations, Nakshi Pitha is a constant culinary reminder of Bengal’s artistic past that was once heavily dominated by women’s folk art.

Jalebi’s sophisticated cousin, Imarti or Amriti or Jangiri is extremely popular all across India, not just for its sugary brilliance but also the visual appeal.

Made by deep-frying in desi ghee or oil, this sweet is made from a thick liquid batter of black gram flour that is piped into thin circular flower-like motifs through a stitched cloth. Once fried it is then dipped in sugar syrup and left to expand.

In comparison to humble jalebi, imarti not only wins extra points for sweetness, but is also known for its complicated geometric patterns that display its maker’s artistic prowess.

Made of lentil or dal mixed with poppy seeds and spices, this dry dumpling is known for its ornamental shapes that come in a bouquet of variety. The name itself, goyna or gohona means jewels or ornaments in Bengali.

Originated in rural parts of Purba (East) Medinipur, these beautiful dumplings are steeped in history and art.

One of the most interesting stories associated with this ornate version of bori, is its connection to the Tagore family. In 1930, a student of Shantiniketan, Seba Maiti presented Rabindranath Tagore gohona bori freshly made by his mother Hirnmayi Debi and grandmother, Sheratakumari Debi.

Taken aback by the artistic brilliance of the edibles, he wrote a letter seeking permission to preserve photographs of these boris at the Art Building of Shantiniketan. In fact, Abanindranath Tagore, his nephew and a prominent artist at the time, felt that Gohona Bori was worthy of being called art, and that baking it or eating it might be an act of destruction!

Although both desserts originate in Bihar, they are now synonymous with Diwali and Holi celebrations across India.

They are made from a flour dough with a stuffing of coconut mixed with dry fruits, khoya, semolina, cardamom and sugar. Much like Nakshi Pitha, the stuffed dumplings are deep fried in oil or ghee until golden and then let to rest and expand in a vessel full of sugar syrup.

After a few minutes of rest, the glazed golden dumplings are separated from the syrup, dried and served as snacks.

A similar image surfaces in South India during Makar Sankranti, when the same is sold but is known by the name Sakkare Acchu or Panchdara Chilakalu. In North India, it is also known as Khilona Batasa.

Whatever the name, these tiny sweet figurines come in various shapes and sizes and are made using wooden moulds. Some keep it simple with a sugar candy mixture, others add more complexity with dried coconut, jaggery and dal, making it a sweet tooth foodie’s dream come true.

Most of these delicacies are on the sweeter side and over the years have become an integral part of festive cuisine in India. Be it for festive gatherings or for decorating wedding gifts, also known as totto or shagun, these artistic foods have continued to hold the threads of culture, art and society, in a truly delicious knot.

Source: 5 Traditional Indian Sweets That Are Nothing Short of Delicious Art!