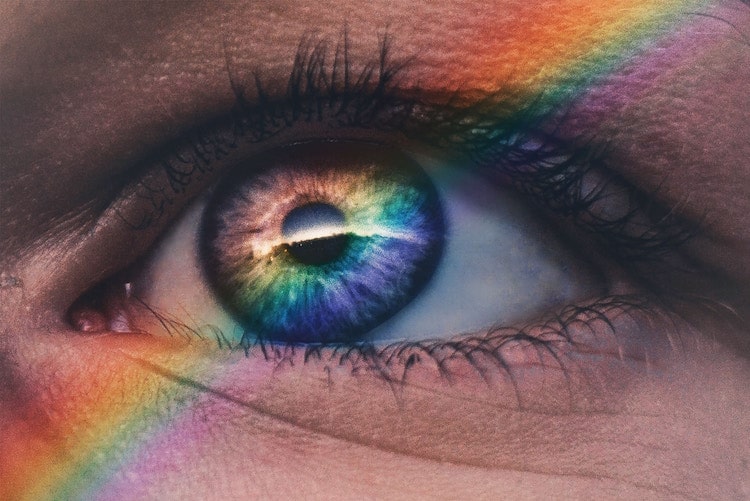 Have you ever wondered what the color red sounds like? While most of us experience color visually, around 4% of the world’s population are able to experience hues through multiple senses. These people have a neurological condition called synesthesia, meaning their brains process stimulation in a way that allows them to experience several senses at one time—a concept that may seem like super-human powers for the other 96% of us. Many people with synesthesia—past and present—have used their abilities to create art, visualizing how they perceive sounds, time, letters, numbers, and more.

Best described as a union of the senses, synesthesia is when one sensory experience involuntarily, and consistently, prompts another. There are up to 70 different types, such as the ability to see sounds, hear time, and taste shapes; however, the most common involve color.

Some scientists believe that synesthesia results from “crossed-wiring” in the brain. This means that for synesthetes (people who have synesthesia), neurons and synapses that are usually contained within one sensory system cross to another. It is not known exactly why this might happen but some researchers believe that these crossed connections are present in everyone at birth—it’s not until later that the connections are refined.

Master Artists of the Past Who Painted Sounds 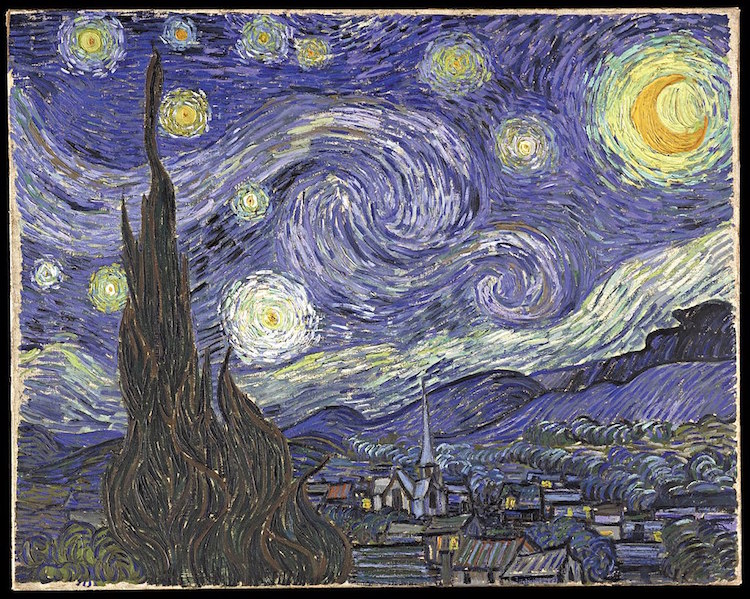 The work of Vincent van Gogh is known for being vibrant and full of expressive movement, but perhaps there’s a reason for his distinct style. Many art historians believe that Vincent van Gogh had a form of synesthesia called chromesthesia—an experience of the senses where the person associates sounds with colors. This is evident in various letters that Van Gogh wrote to his brother—in one he reveals, “Some artists have a nervous hand at drawing, which gives their technique something of the sound peculiar to a violin.”

Van Gogh also took up piano in 1885, but struggled to grasp the instrument. He declared that the experience of playing was overwhelming because each note evoked a different color. Unfortunately for Van Gogh, the teacher took this as a sign of insanity and forced him to leave. 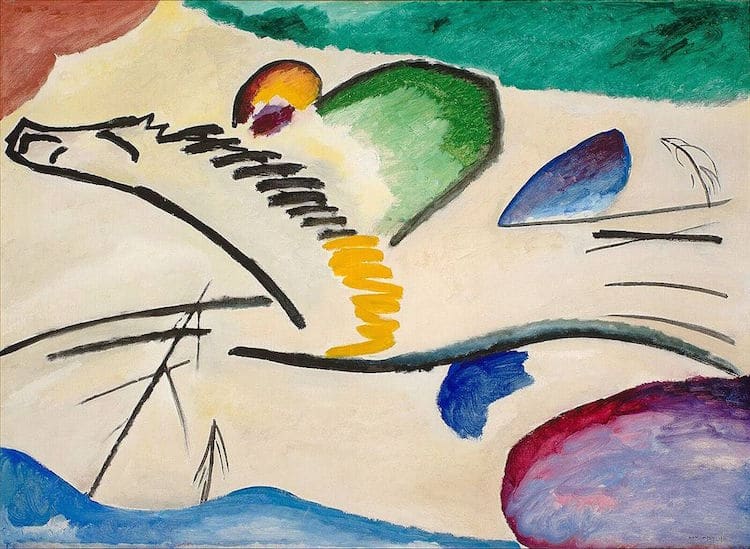 For Russian artist Wassily Kandinsky, music and color were inextricably linked. The abstract painter, cellist, and synesthete created an iconic collection of abstract paintings that expressed how he associated each musical note with an exact hue. He once said, “The sound of colors is so definite that it would be hard to find anyone who would express bright yellow with bass notes or dark lake with treble.”

Missouri-based artist Melissa McCracken translates the sounds she hears into vibrant splashes of color on canvas. Her vivid oil paintings are inspired by certain songs, showcasing how she sees musical notes as different textures and hues.

“I experience the ‘wrong’ sensation to certain stimuli,” says McCracken. “Each letter and number is colored and the days of the year circle around my body as if they had a set point in space.” The artist enjoys the many creative experiences of synesthesia, especially when it comes to music. “The most wonderful ‘brain malfunction’ of all is seeing the music I hear,” she say. “It flows in a mixture of hues, textures, and movements, shifting as if it were a vital and intentional element of each song.”

Northern Irish artist Jack Coulter has a rare gift: he can see sounds. He uses his synesthesia experiences to inform his abstract expressionist paintings, each of which is full of vivid brushstrokes. At just 25 years old, the talented artist has already gained huge respect in the contemporary art world and was recently chosen by M&C Saatchi to collaborate with worldwide music streaming service, Deezer. The project involved producing a “musical painting” for Glastonbury Festival 2016, which Coulter composed after listening to every artist who was performing at the event in chronological order.

Coulter explains, “When I listen to a piece of music, the bleeds of my visual auditory senses are in need of freedom, I feel the instant urge to birth a painting that represents what I am intrinsically and extrinsically experiencing.”

Amsterdam-based artist Daniel Mullen explores the sensory phenomenon with an ongoing painting series titled Synesthesia. Although Mullen doesn’t experience the condition himself, he teamed up with artist, filmmaker, and synesthete Lucy Engelman to visualize how she perceives time, numbers, and letters.

At first glance, Mullen’s artwork looks like rows of colorful plexiglass. However, each piece is actually painted by hand, rendered in bright, rainbow hues. Each piece is a close-to-perfect visualization of Engelman experiencing various times. For example, the 1950’s-80’s are visualized in vibrant pink, orange, blue and green. In another piece, representing ancient times between 5132-5097 CE, the colors appear softer, and the lines are thinner.