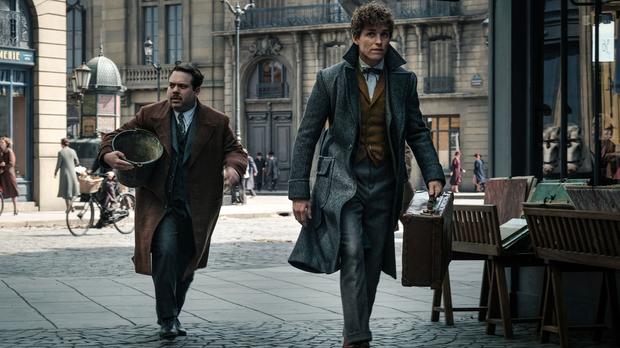 IOL Entertainment is giving away 6 double tickets to “Fantastic Beasts: The Crimes of Grindelwald” at Nu Metro 4DX cinemas across the country.

The new adventure from J.K. Rowling’s Wizarding World – Fantastic Beasts: The Crimes of Grindelwald – brings the magic in 4DX at select Nu Metro cinemas in Gauteng, Cape Town and KZN.

Feel it in the multi-sensory 4DX cinemas, only at Nu Metro – taking you on a magical ride like never before in the 4DX motion seats, with added environmental effects in-cinema.

4DX effect highlights for Fantastic Beasts: The Crimes of Grindelwald include the opening action-sequence in the flying carriage – where fog, synchronised motion, water spray, wind-fans and strobes are combined to recreate a realistic “stormy environment” in Nu Metro’s next-generation cinemas.

There are countless motion-elements synchronized with 4DX in Fantastic Beasts 2 –  from flying through the sky and shooting down wizards, to the free-falling drop from the sky, and even underwater sequences, and all these moments combined with 4DX make for an incredibly fun movie-ride.

Source: Win tickets to a 4DX screening of ‘Fantastic Beasts: The Crimes of Grindelwald’ | IOL

Certainly, when you’re dealing with more deep, emotional work and sensory work, for me, it helps me to just stay in it.

I realized that the good stories were affecting the organs of my body in various ways, and the really good ones were stimulating more than one organ. An effective story grabs your gut, tightens your throat, makes your heart race and your lungs pump, brings tears to your eyes or an explosion of laughter to your lips.