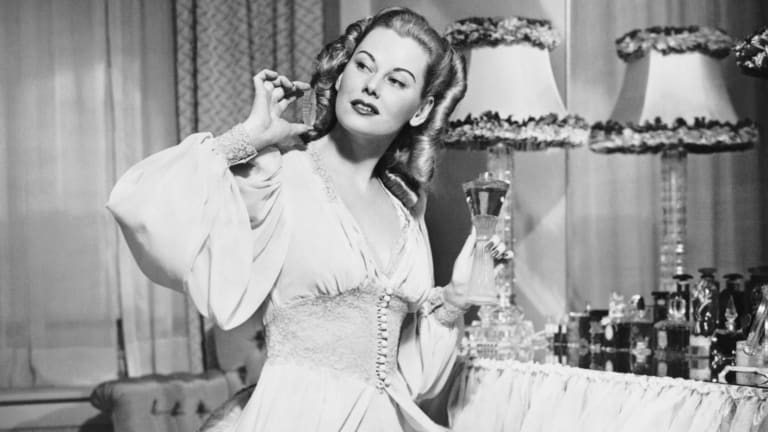 YOUR BODY CHEMISTRY MIGHT BE SABOTAGING YOUR SIGNATURE SCENT

Of all the tropes surrounding the womanly experience, that of the “signature scent” may be among the most intriguing. Denoting a certain kind of mature sophistication, to have a signature scent is to be entirely confident with the permanence of one’s tastes.

A signature scent can be closely tied to personhood and to the way we hope to express our sense of identity to the world. I, meanwhile, can’t seem to wear the same fragrance for more than, like, four years. That tendency makes me feel like I’m missing out on a certain tenet of hyper-glamorous womanhood — like Princess Diana famously spilling Houbigant Paris’s Quelques Fleurs on her wedding dress, or Josephine Baker teaming up with Jacques Guerlain to create Sous Le Vent, specifically for her.

We all interpret fragrance differently, no one way “better” than another. Some make the decision to pick one scent to wear for the foreseeable future, as my mother once did decades ago with an obscure perfume from a quiet French jeweler. Others may tend to switch fragrances per mood or season or lunar phase. And others still (present company included) get bored easily, and find ourselves gravitating toward bottles through different chapters of our lives.

If a signature scent is just that, constant and reliable and timeless, what does it mean, chemically and psychologically, that some of us can lose interest in the same fragrances that others can wear for a lifetime?

Scent is so powerful that even as our olfactory abilities change, our memory perception of smell doesn’t. Perhaps more than any other beauty accoutrement, perfume is in the center of our Venn diagram aligning body and mind, and that’s where it can get sticky.

Scents have long been interwoven with cultural mores, in some cases almost ceremoniously. Perfume is at least as ancient as Babylonian Mesopotamia, in which the world’s first recorded chemist, a perfume-maker named Tapputi, developed the same scent extraction methods that are still in use today.

Through the Bronze Age, perfume was more than just a cultural touchpoint, but a center of business, too. In 2005, Italian archaeologists discovered what is thought to have been a large-scale perfumery in Cyprus, and the center of a lucrative export business throughout the Middle East. The factory looks to have been something of an “industrial estate,” the vast campus of which likely included an olive press, a winery and a copper-smelting plant. Scientists recreated 12 different perfumes from traces of scents — essences derived from local plants like laurel, cinnamon and myrtle and mixed with olive oil — found in clay bottles at the site.

None of this, really, is all that surprising. Perfume is eternal because, for better or worse or any classification in between, scent is a key strand in our moral fiber.

“If you smell good, we think that you’re good,” says Dr. Alan Hirsch, the Neurological Director of the Smell & Taste Research and Treatment Foundation in Chicago. “If you smell bad, on a very intrinsic basis, we feel that you’re bad. And that’s a very hard stereotype for us to overcome. We believe your inner self is represented based on how you smell.”

As a neurologist and psychiatrist, Dr. Hirsch specializes in the treatment of smell and taste loss. In 2008, he published a large-scale study in the International Journal of Essential Oil Therapeutics on the effects of odor perception on age, examining the effect that certain scents have on behavior, emotions, mood and/or interactions between individuals. It’s an impact that cannot be underestimated.

According to Dr. Hirsch, our inclination to either switch up or stick with any given signature scent has both chemical and psychological explanations. There are three anatomical factors at play, all of which reference the ways our bodies shift as they age.

The first factor is quite simple: Our olfactory ability lessens as we age, as do a lot of things! From birth onward, you lose about 1% of olfactory nerves per year. (About half of those over the age of 65, and three quarters of those over the age of 80, have a reduced ability to smell.) As we get older, we tend to use perfumes with “greater intensity” — like those with musk, amber and heavier spices — just because many of our senses of smell drop down.

Now the second is correlated: Not only are our overall senses of smell decreasing, albeit gradually, so too are our abilities to detect specific odors, some more than others.

“When you smell perfume, it may be a mixture of many different notes together. And of those notes, maybe two or three of them, some may act positively, some may act negatively. Some may actually enhance the smells, some actually inhibit it.”

Take Le Labo’s infamous Santal 33, which, if you’ve ever been in an elevator at Milk Studios during New York Fashion Week, understand that it most prominently features a woody, almost tangy sandalwood. But it also includes notes of warm cedar, spicy cardamom and powdery violet. Each of us tends to interpret these notes differently, some more powerfully than others, which is why we might appreciate those richer, headier scents more in our 30s and 40s than we did in our teens. It also might explain why perfumes can start to smell less layered and nuanced.

The third is less nature, more nurture. As the human body is subjected to more external stimuli, like infections and medications, we can experience a reduction of sense of smell even further.

Women have a far better ability to smell than men do, especially times of ovulation when Dr. Hirsch notes that olfactory ability tends to be greatest. Memory and smell are intimately connected, far more than any other sense — which also means that smell is even more tightly tied to memory perception for women than it is for men. Psychologically, we develop our reaction to a smell based on the way we first encountered it, and that memory gets locked in our cerebral cortex. This may be especially true for those individuals who spritz the same signature scent over decades.

“We do develop a taste for things, but our memory for it changes over time,” says Dr. Hirsch. “Our memory for what the smell is is different than what we can actually smell. And so we may just routinely use a scent every single day, and as we get older and older, we won’t detect it so well.”

But what about those of us who tend to cycle through our perfumes, growing our collections and doing so seemingly with no real rhyme or reason? It may just mean that we have a broader treasure chest of scent memories that we can plunder, as if to time travel. I know that when I smell Bond No. 9’s Central Park South, I’m soaring back to my earliest, most frantic and certainly less confident years in New York when I proudly, irresponsibly splurged on a 1.7-ounce bottle after receiving a promotion.

Carina Chez, founder and nose of unisex (as well as vegan and nontoxic) fragrance brand DedCool, thinks about perfume-wearers a little differently. We’re not necessarily separated into groups based on how many fragrances we have on rotation at any one time, she says, but instead on the types of scents we gravitate toward in the first place.

One is what she calls the “complex scent lover,” or someone intrigued by more “complicated” note and scent profiles. The other is interested in “food and vacation” scents, like vanillas and coconut. Both parties are represented in DedCool’s latest collection: “Madonna” features top notes like sandalwood and black pepper; “Rocco” includes scents of Moroccan mint and jasmine.

Through Dr. Hirsch’s age research, we see that Chaz’s two segments do correspond to specific periods in our life, with — understandably — adolescence serving as the turning point. In one study reviewing the olfactory-nostalgia connection, his team surveyed 989 people from 45 states in 39 countries. Children and young adults almost always preferred those food and vacation scents, like, say, DKNY’s early-aughts masterpiece Be Delicious, which comes in the shape of a Granny Smith and smells strongly of blended apple with cucumber and grapefruit. Those in the older part of the research pool tended to select nature and floral scents. Older teens, though, were a bit harder to pin down.

“We studied adolescents for a while, and it was a really hard one because they kept changing their preferences,” says Dr. Hirsch. “We’d see a mixture of things, like baby powder and apple or baby powder and floral. Or you’d begin to see more unisex scents.”

But this is qualified by one very important detail, which is that every finding, every conclusion, is not just individually dependent, but culturally dependent, too. Last year, according to EuroMonitor International, the global perfume market was valued at $48 billion, with scent preferences strongly correlated to geographic location. A recent Byrdie report, for example, found that Japanese olfactory preferences tended to favor soft, fruity scents, such as Parfums de Nicolaï’s Fig Tea; those in the U.K. have an inclination toward “sweet and citrusy florals” like Chanel Coco Mademoiselle.

Here in the U.S., “soft, pretty fragrances” — Viktor&Rolf’s Flowerbomb — are canon, but there’s a new development on the horizon: EuroMonitor International has also seen a surge of “statement” scents from niche brands, like DedCool, which are being used sparingly. Apparently, we want just something special when the moment calls for it.

That doesn’t make the allure of a “signature scent” any less potent, or my own insecurity around not having one any less legitimate. Perfume is an act of intimacy, a souvenir of time and place. And if we are truly what we smell, we may all experience fragrances differently for a reason.

Source: Your Body Chemistry Might Be Sabotaging Your Signature Scent – Fashionista