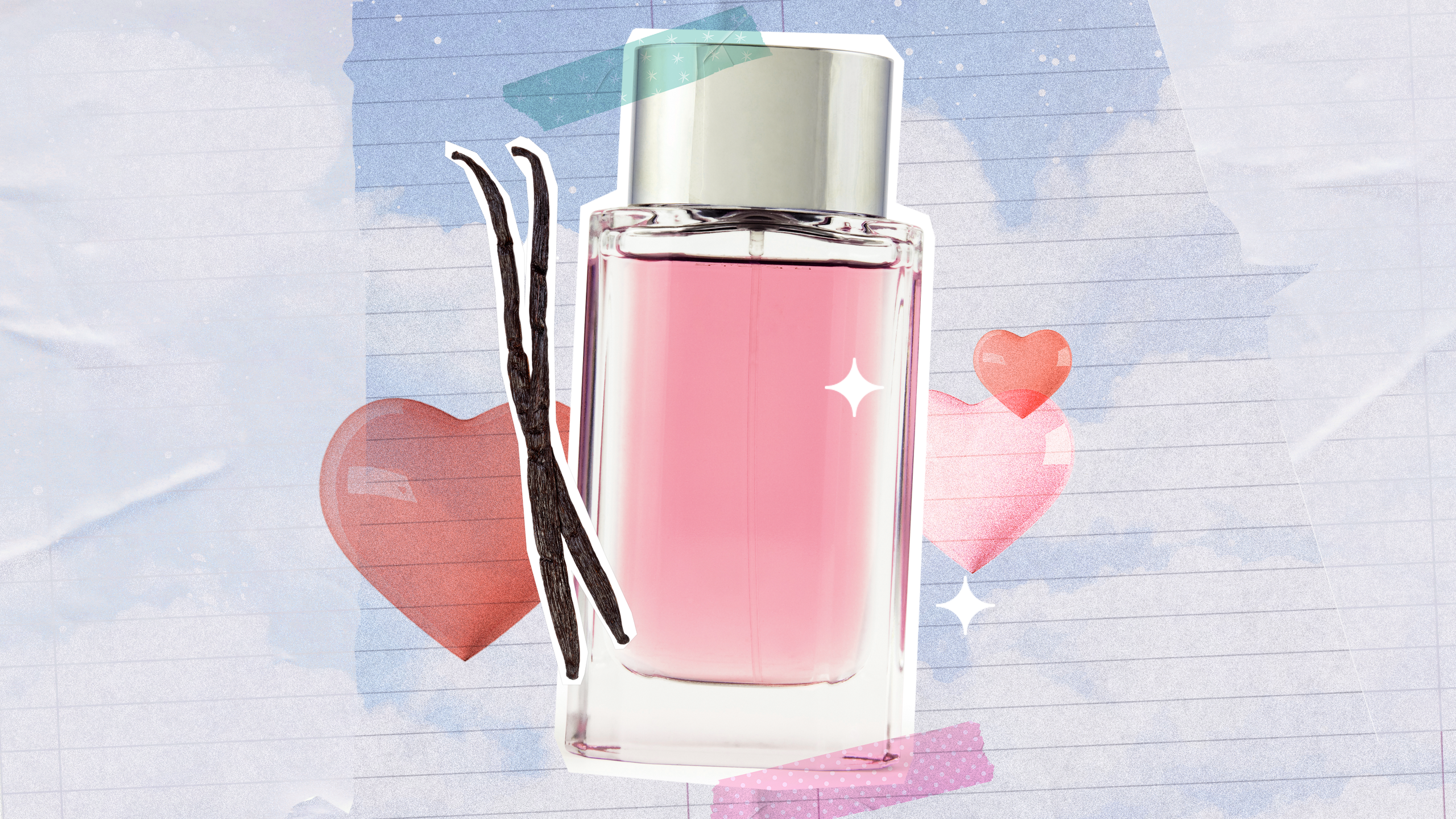 All products featured on Allure are independently selected by our editors. However, when you buy something through our retail links, we may earn an affiliate commission.

Growing up in the U.S., the scent and flavor of vanilla are practically baked into our childhoods thanks to sugar cookies, candy, frosting, whipped cream, pound cake, and beyond. And long before we duked it out with our elementary school classmates over a single glazed Dunkin’ Donuts Munchkin, we found a similar sweet, creamy scent from breast milk and baby formula. That’s one deep-seated explanation for why when we ask ourselves the question of what we would like to smell like, especially for the very first time, vanilla is a common answer.

“Everything about scent is very individual and very unpredictable,” says Rachel Herz, PhD, a cognitive psychologist and neuroscientist at Brown University, world-renowned expert on the psychological science of smell, and author of The Scent of Desire: Discovering Our Enigmatic Sense of Smell. “But as a function, because mother’s breast milk and formula have strong vanilla fragrance compounds, our very first exposure to the scent is with nurturing, cuddling, food, warmth, et cetera.” So essentially, at that point in our young lives, everything we know to be good.

That emotional link doesn’t necessarily weaken as we get older: vanilla still smells good, and we can’t unmake the impression it’s already left on us. But for whatever reason, we still feel we have to justify its status as a fragrance worthy of wearing as a grown-up.

For children of the ’00s in particular, we cut our cavity-ridden teeth on fragrance products like Aquolina Pink Sugar and Jessica Simpson’s dubiously “edible” (and now-defunct) body-care line, Dessert Beauty. These scents feature vanilla in its least nuanced and most food-adjacent form and we ate it up, spritzing them with abandon throughout gym-class locker rooms, in our parents’ houses, on the borrowed hoodie of some guy a grade above. And then, at some point, we move on — or feel like we should. Adults aren’t supposed to smell like cupcakes, right?

“If you’re in your 20s and smelling a very heavily vanilla-centric fragrance, you might think,’I’m past that — that was my girly young phase, and now I want something more sophisticated,'” says Dr. Herz. Objectively, vanilla isn’t bad by any stretch of the imagination. In fact, cognitive scientist Pamela Dalton, PhD, MPH, of Monell Chemical Senses Center, points to a recent study suggesting that, as she puts it, “While vanilla may not be everyone’s ‘favorite’ scent, it is uniformly judged as a pleasant association.” But now, it only “works” when it’s a background player balanced out by other, less gourmand notes — the same way you or I, as boring adults, might positively remark on a dessert as “not too sweet.”

Maybe it’s a case of overexposure, like eating so much fudge you make yourself sick and then can’t look at it for years, or maybe it’s our olfactory memory whisking us back in time to a period many of us would rather not return to. But for many women who came of age believing one’s choice of Victoria’s Secret body spray said a lot about your personality, having vanilla front-and-center as your signature is a non-starter. It suggests a certain youthfulness and unsophistication so acute that it’s best found vaguely alluded to in a base note, if anywhere at all, lest people judge you at first sniff on the basis of smelling like angel food cake.

Until recently, I shared this thinking. My standing as both a longtime perfume lover who once considered Pink Sugar her “signature scent” and a person who, yes, would like to see the dessert menu stood directly at odds with my negative reaction to any fragrance with that sweet, syrupy note at the forefront. But then, something weird happened. One of my best friends and I, tipsy in the backseat of an Uber going straight from dive bar to bachelorette party, paused to reapply our fragrances. Mine was a roll-on of Nemat Amber oil, hers was a travel spray of something I didn’t recognize — something warm, rich but not cloying, decidedly sweet, and altogether delicious. “Ooh, what is that? It smells really good,” I said to her. “It’s just Flowerbomb,” she replied. Fucking Flowerbomb, Victor & Rolf’s über-popular, once-ubiquitous queen of vanilla fragrances that’s remained popular since its launch in 2005. Flustered and embarrassed, I lied and said I was being sarcastic, then went home later that night to browse vanilla perfumes in incognito mode.

The vanilla renaissance is upon us, and not just because I decided for myself that vanilla is good, actually. There’s an entire world of vanilla out there, of different species cultivated in different parts of the world, like siamensis and planifolia and tahitensis. “Vanilla as an ingredient has stood the test of time because it’s so complex and malleable and pairs wonderfully with other notes,” says Malaika Jones, founder and CEO of beauty brand Brown Girl Jane. The ingredient’s history is, indeed, long: In the 15th century, in a region called Papantla located in what is now the north-central section of the modern-day state of Veracruz, the Totonac people cultivated vanilla alongside cacao and achiote to concoct a spiced beverage — widely regarded as the plant’s earliest recorded use. Colonialism introduced vanilla to Europe as a sweetener added to chocolate and coffee in the 1520s, and by the 18th century, the French couldn’t get enough of it in ice cream (or crème glacée, if you will). And just like that, the Western world’s love affair with all things vanilla was hot and heavy.

Recent additions to that luxurious fragrance canon, including Brown Girl Jane’s Bahia and Casablanca, are unapologetically vanilla-forward while also falling under the “fine fragrance” category, a far cry from the oversimplified takes we once reached for. But it’s not only the perfumes themselves that have changed: We have, too. “Once you’re older, you can look back and say, ‘Well, this has an aspect of a fragrance that I used to like, and obviously I still like the sort of vanilla quality to it, but this particular fragrance is more complex than what I was wearing when I was 14,'” says Dr. Herz.

Bee Shapiro, founder of fragrance and skin-care brand Ellis Brooklyn, acknowledged — and intentionally undermined — the youthful connotations we’re stuck on surrounding vanilla-based perfumes when she created her own brand’s fragrance interpretation. “For years now, I’ve been trying to get a vanilla fragrance right,” she says. “There are already so many out there, and I wanted to contribute a fresh perspective to the scent landscape. Vanilla is captivating and beautiful but it can easily fall into being overdone or stereotypical.” Shapiro teamed up with Meabh McCurtin, a New York-based Irish perfumer at International Flavors & Fragrances, who used bourbon vanilla bean and Madagascar vanilla bean extract in the Vanilla Milk eau de parfum — as well as vanilla’s natural companion, chocolate, by way of cocoa shell to add what McCurtin calls “a toasted note for an addictive quality.”

Like Shapiro, Rosie Jane Johnston also set out to shatter the stereotypes with the release of Dulce, the newest fragrance from her brand, By/Rosie Jane. “Back in the 1700s, vanilla was considered a very decadent, seductive note, but over the years it was used more and more like a candy-sweet note,” she says. “During the ’80s and ’90s, vanilla was overexposed and overused. Lots of inexpensive perfumes flooded the market, making vanilla a dirty word.” But she chose to embrace nostalgia, instead of fighting against it.

“The fragrance is tied to my memories from 1996, the year I met my husband, which was a fun, carefree, ‘falling-in-love‘ time of my life,” she recalls. “The smell of vanilla was everywhere back then and I wanted to recreate a sophisticated version of that, without losing the pure vanilla scent.” For her interpretation, Johnston tapped two strains: French vanilla, which she describes as “really creamy, sweet, and long-lasting,” and natural vanilla bean, which is “greener and more earthy.”

Speaking of Earth, there’s one thing about vanilla that isn’t so sweet. The sustainability and impact of its farming has been called into question many times due to an amalgamation of insatiable demand, labor-intensive production methods, and environmental factors, such as the devastating cyclone that hit Madagascar — where most of the world’s vanilla is grown in and exported from — in 2017. The good news is that, because the stuff is so damn popular, experts are hard at work exploring different land-use methods and farming techniques to protect, and in some cases even benefit, vanilla’s surrounding ecosystem. Even industry behemoths are following suit: Chemical company Symrise, a major international producer of flavors and fragrances that calls vanilla one of its “core competencies,” has long been committed to investing in Madagascar’s Sava Region to both produce high-quality, high-volume vanilla planifolia and better the farming communities that work closely with it.

Since losing my taste for Pink Sugar more than a decade go, I’ve consistently gravitated to what is known in the perfume world as a “skin scent“: soft, barely-there fragrances with musky notes designed to sit close to the skin and meld with the body’s natural warmth and distinct aroma rather than cover it up. Maybe it’s actually not so surprising, then, that I’ve found myself eschewing my go-tos and spritzing myself liberally with By Rosie Jane’s Dulce instead. “The base is nude musk because I wanted the vanilla to have a ‘skin scent’ vibe, like the perfume version of ‘I was here,'” Johnston explains. The resulting effect is as promised — warm, sensual, and, after it has a chance to sit on the skin, intriguingly personal, best enjoyed on the sleeve of a cashmere sweater or the nape of a neck.

After all, that’s what vanilla is all about; not generic, one-note body sprays, but an evocation of sweetness and love. McCurtin calls it “a rich and beautiful scent that creates a sense of joy, comfort, and connection,” and Jones agreed: “Vanilla feels like a hug in the form of a fragrance.” And really, who couldn’t use joy, comfort, connection, and a hug right about now?